Tower Bridge closed because of a man that sunbathed on it

The famous London Tower Bridge was closed for cars and pedestrians yesterday. The reason for the closure was a man who climbed into one of the spans, lay down and began to sunbathe, to the surprise of thousands of people and policemen watching him.

Many police units arrived at the site, including from Southbank, near More London and City Hall.

Police from City of London wrote on Twitter: "Tower Bridge is currently closed, because we are dealing with an incident. We apologize for any inconvenience this may cause and thank you for your patience. "

Several bus routes that use the bridge to cross the Thames must use detours.

The whole incident ended around 4:30 pm, when a man after more than one hour of tanning jumped to the river Thames, after a while he was fished out, breathes and he is conscious. The bridge was opened again after a while.

Recall that the famous Tower Bridge is 65 meters high, while the characteristic two towers are connected by two footbridges located 34 meters above the road. 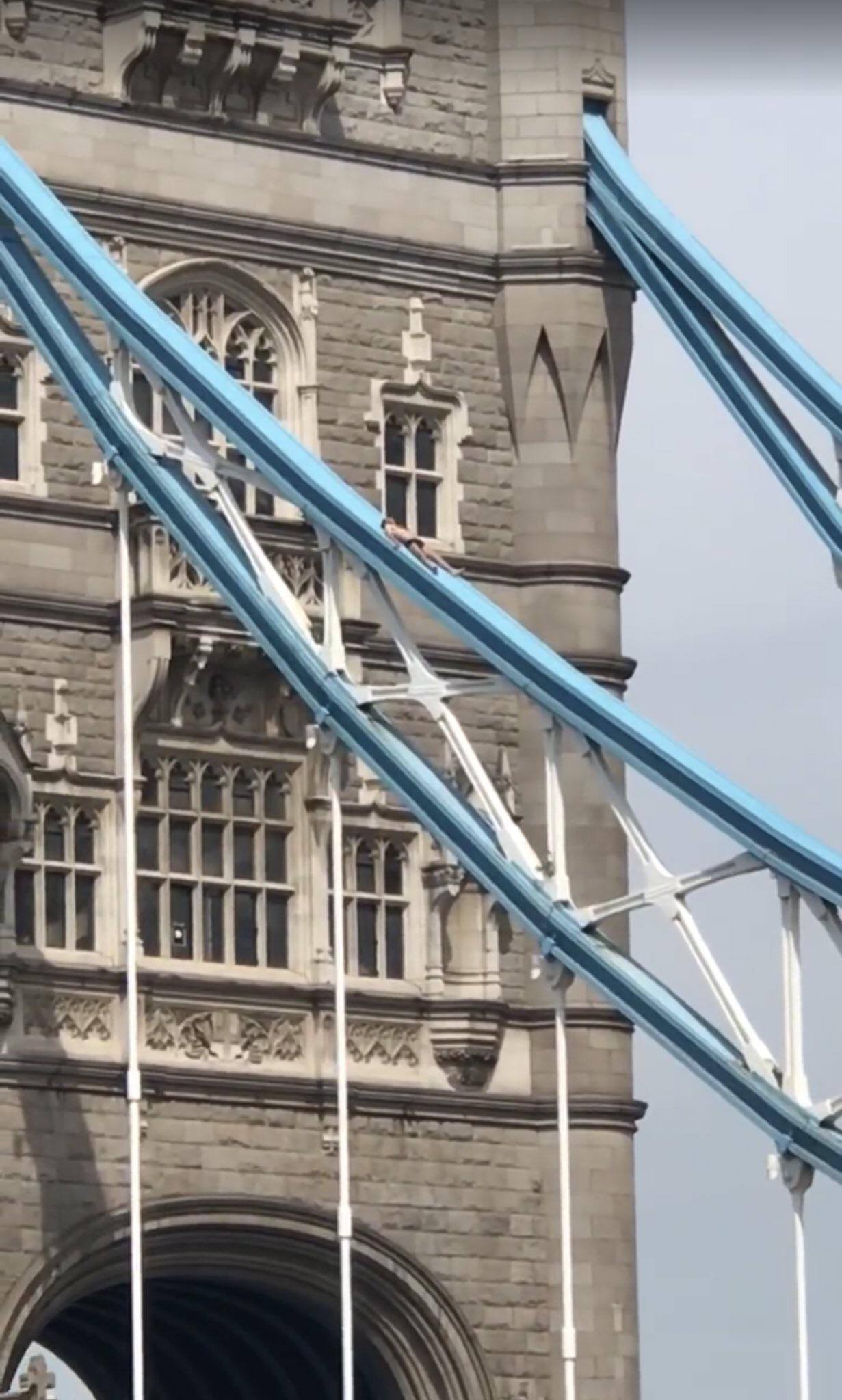 #0
Share your impressions... write something about the content...
Tower Bridge closed because of a man that sunbathed on it

#2
No to policja miała zagadkę - Idiota, samobójca a może niepoczytalny :)
Tower Bridge closed because of a man that sunbathed on it