The plane hit a building in New York

Yesterday, at about 15 o'clock, a small airplane hit the Manhattan building.
The plane hit a 50-storey skyscraper at the height of the 20th floor, causing the death of two people, probably passengers.
Not long after the incident, the mayor of New York, Michael Bloomberg, said that the crash of the plane should not be combined with a terrorist attack, but as a precaution over major cities in the US patrol helicopters appeared. 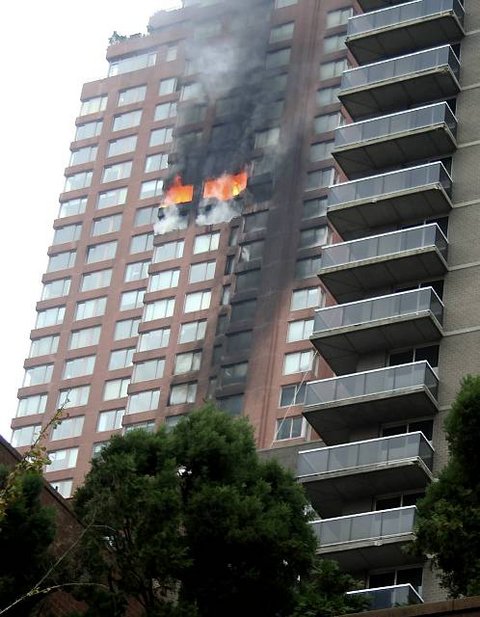