Currently, the tallest building in the world is 828 meters high skyscraper Burj Khalifa in Dubai . The planned Sky Mile Tower will be twice as high and reach over 1 mile high.

Located in Tokyo, the skyscraper will be part of the Next Tokyo 2045 complex, presented by Kohn Pedersen Fox Associates. According to this very ambitious project, the skyscraper is to stand on an artificially created island.

The aim of the complex is to replace this largest city in the world with a more environmentally friendly one, both for present and future residents. 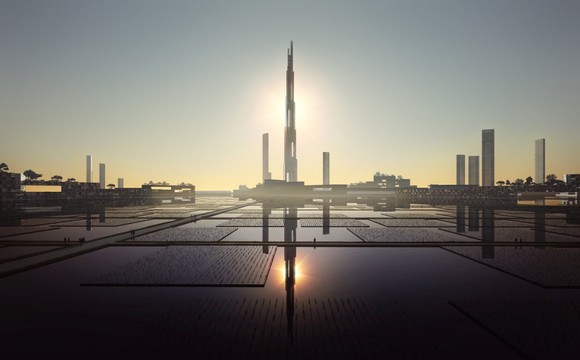 In this future, highest building in the world, it can accommodate up to 55 thousand people (and in the whole complex of about 500,000 people), which will be available, among others numerous shops, restaurants, hotels, schools, libraries, gyms and clinics.

The hexagonal shape of the building is intended to help counteract strong winds, in addition it will be fully ecological, as solar, wind and sea algae will be used for cooling and heating the building. In order to solve the problem of pressure and pumping water to higher floors, the architects designed a solution that accumulates water in the facade of the building on different floors, so that it can be distributed more easily. 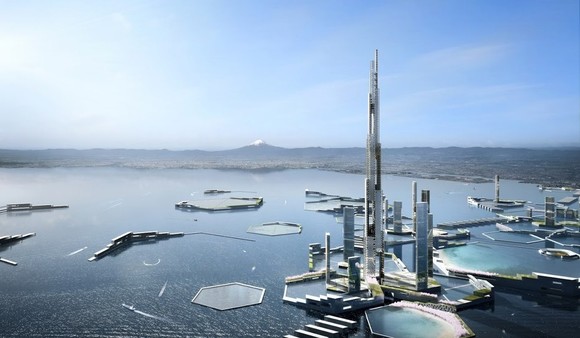 The building will be equipped with ThyssenKrupp lifts allowing to move also horizontally, which will allow residents to communicate faster between apartments.

Sky Mile Tower is to be surrounded by artificial islands built to protect the coast from the destructive impact of flood waves, including those associated with seismic shocks.

The main building of the complex is to be put into use in 2045. Funds for the implementation of the project in the amount of $ 1.3 billion, were reportedly fully secured at the end of 2015. 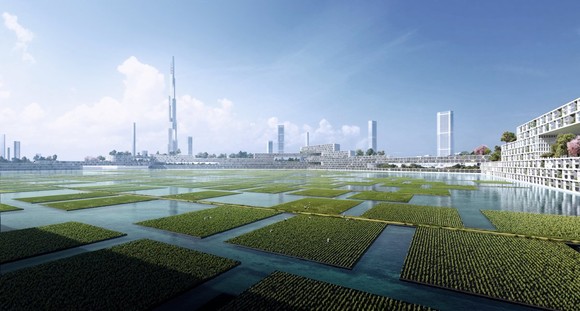 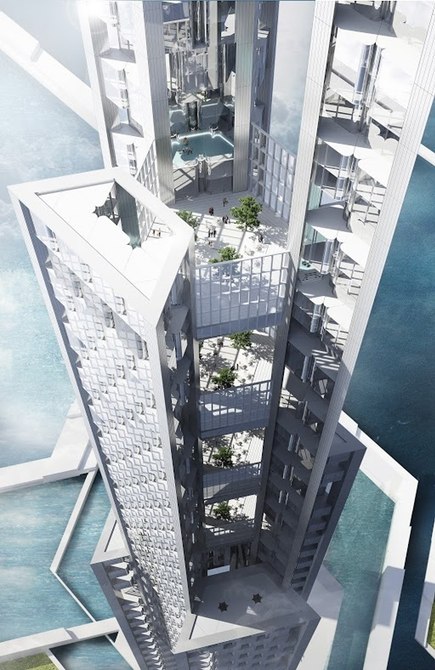 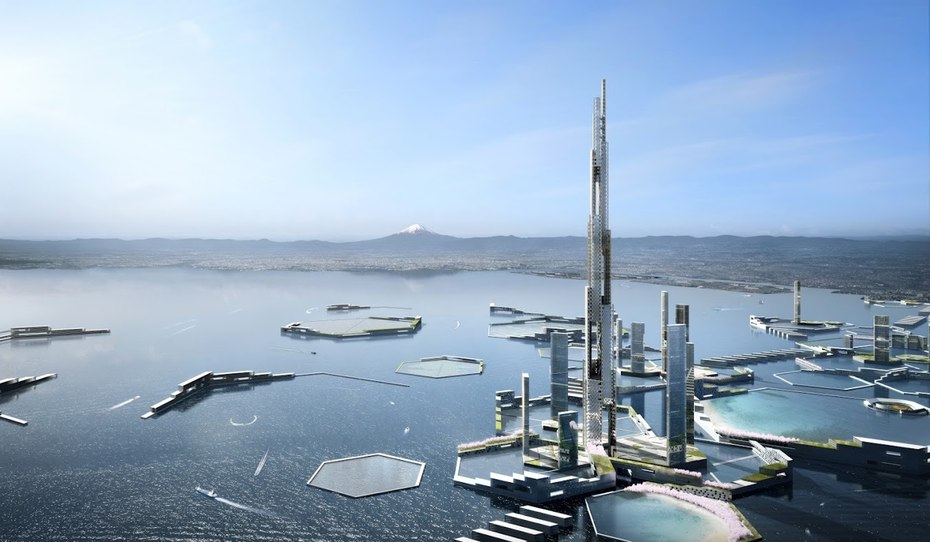 #0
Share your impressions... write something about the content...
Sky Mile Tower - a skyscraper project with a height of 1700 meters