Exactly 10 years ago, on October 19, 2000, Budowle.pl service was launched.
Initially, the site was visited by several dozen people a day, but systematically the number grew, reaching the current result of several thousand users a day. For over 10 years, the Cieple.pl website has been visited by a total of over 21 million users, for which we would like to thank you.
The most visits were recorded in two days: September 11, 2002, the first anniversary of the attack on the World Trade Center and on January 4, 2010, on the opening day of Burj Dubai.
2428 users are registered on the website and on the forum, according to surveys the largest group of users visiting the website is represented by high school students and students, 70% of users are male and 30% female.
The website contains nearly 2,000 photos of buildings, the size of all site files reaches over 1 GB, and the transfer generated on the server is nearly 20 TB of data per month.

Once again, thank you that you have been with us for 10 years.
The editors of the Budowle.pl website 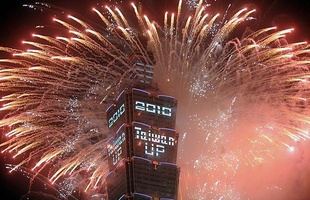