Tczew bridge on the Vistula

Actually, these are two bridges, one near the other, colloquially known as the Lisewski bridge. The first road bridge was built (1851-1857). At the time of completion one of the longest bridges in the world (837m)! Originally, the bridge had decorated entrance gates and 10 neo-gothic towers (currently only 4). The second bridge - railway - was built between 1888 and 1890. It is located a few meters from the road bridge. Both bridges were blown up during World War II to prevent German troops from passing through them. After the war, the bridges were rebuilt. Unfortunately, at the moment, bridges are deteriorating (mainly road) due to lack of funds, although they are still in use. Bridges recognized as a monument. More details about bridges can be read at: http://pl.wikipedia.org/wiki/Most_Lisewski http://www.ekoportal.eu/Artykuly/Mosty_w_Tczewie.html 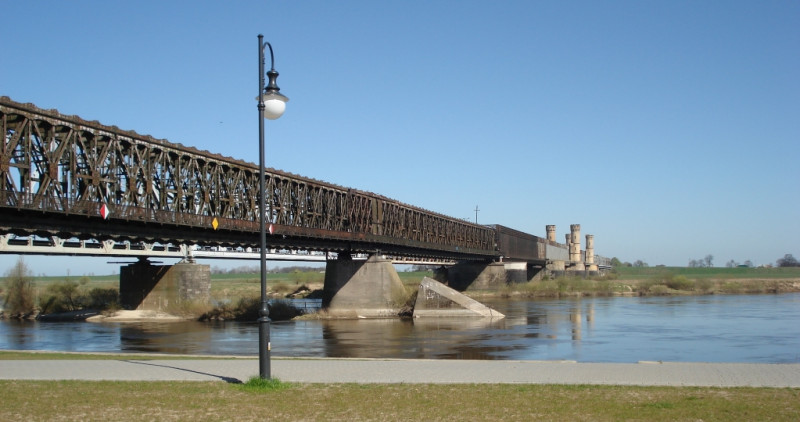 Reviews about Tczew bridge on the Vistula Add comment

#0
Share your impressions... write something about the photo...
Tczew bridge on the Vistula