What is worth seeing in Vienna?

Vienna is one of the largest European capitals, located on the banks of the Danube River. In a city with a beautiful historical and cultural heritage, you can visit many attractions and sights. The Austrian capital will inspire you with its remarkable cityscape, modern amenities and attractions in the historic city center. Vienna is known for its musical heritage; some of the most prominent composers and other cultural and scientific figures have lived and worked here. What is there to see in Vienna? We have put together a list of some of the most interesting sights for people on vacation, on a romantic trip or on a business trip. 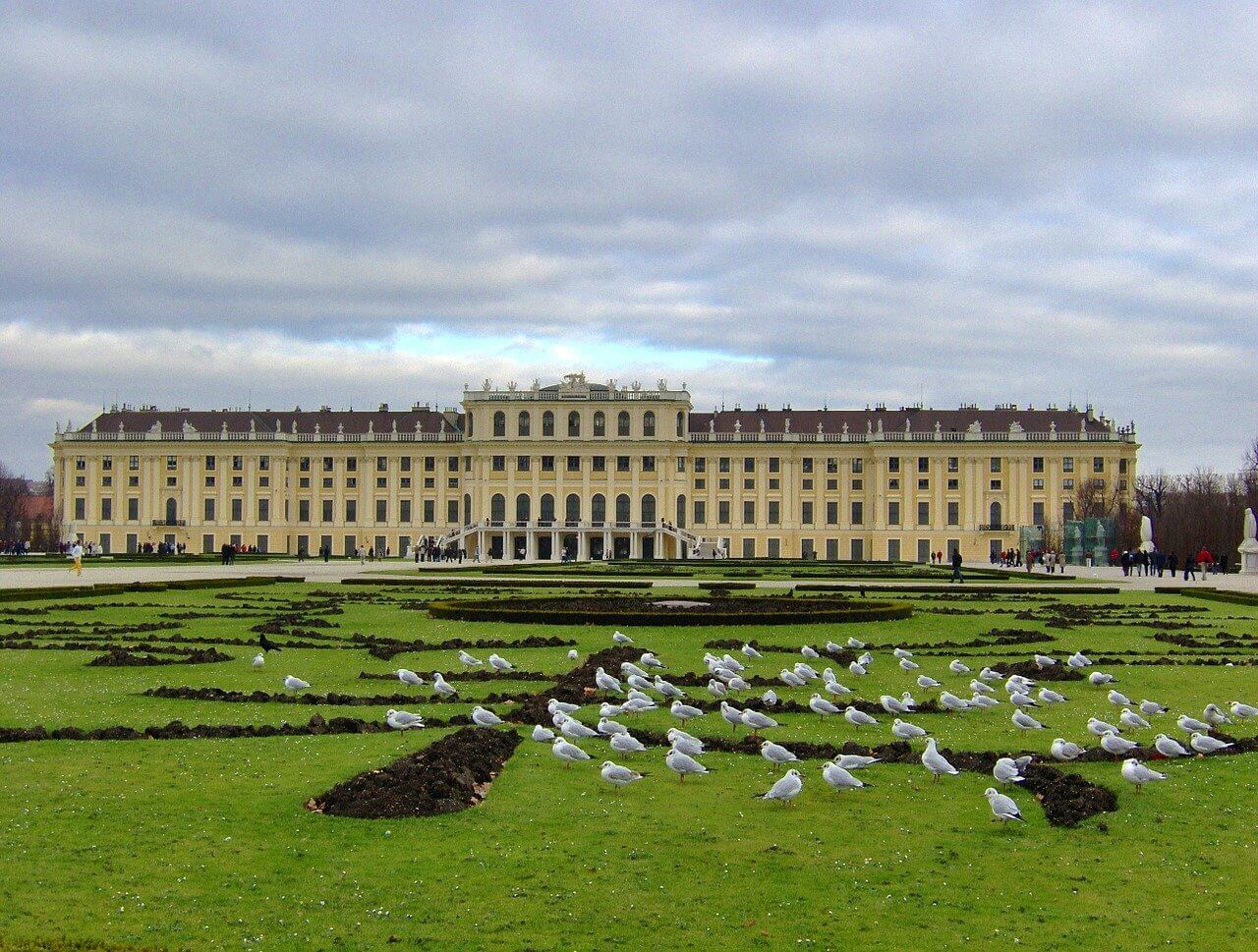 Schönbrunn Palace is the most famous and most visited monument in Vienna. Looking at the pictures, it is hard to imagine the huge size of the palace, and today it has more than 1440 different rooms and premises. The main construction phase of the mansion, in its current form, was completed in 1712. Schönbrunn Palace was modeled after the French Versailles. The interiors of the building are richly decorated with gold ornaments and even more impressive than the appearance of the royal castle. The incredible beauty of the palace is enhanced by the Imperial Gardens with fountains, sculptures and labyrinths, terraces and promenades. 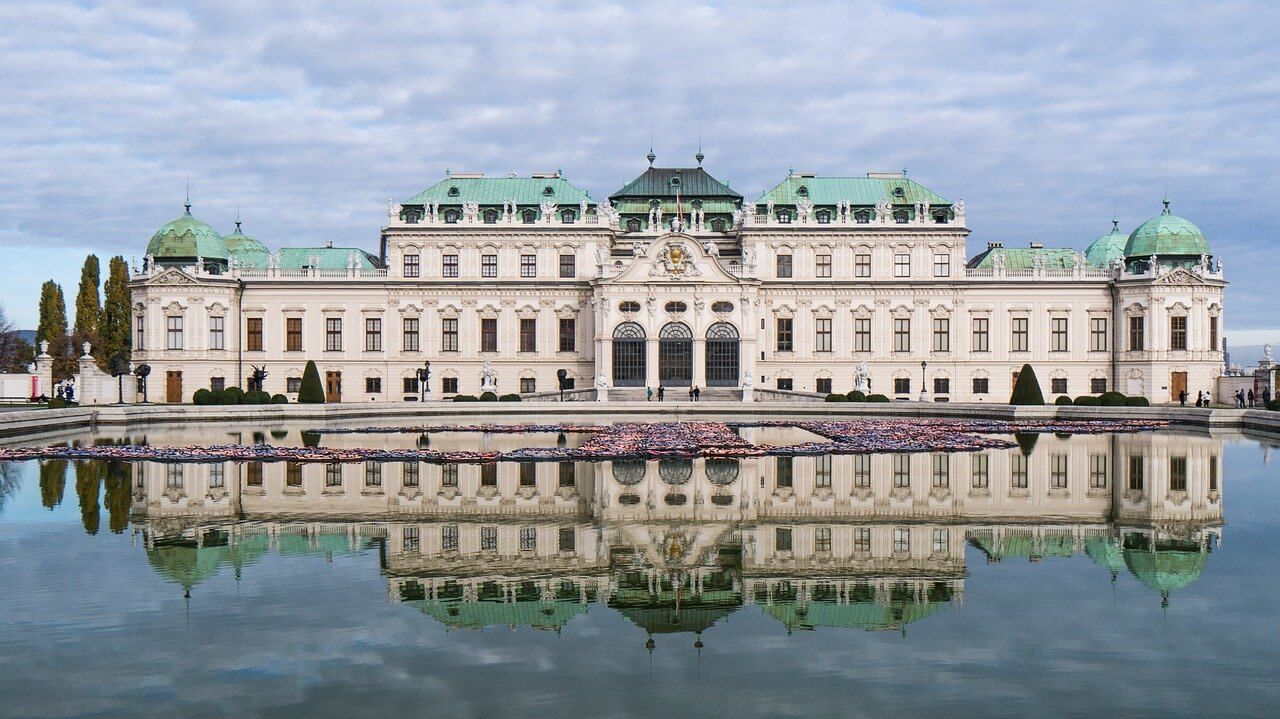 The Belvedere is an impressive palace complex that includes two amazing residences, the Upper and Lower Belvedere. The two huge buildings are connected by a beautiful garden with blue ponds, fountains and sculptures. The Belvedere and its surrounding park is famous for its unique Baroque style, which reflects the vision and taste of Prince Eugene of Savoy. Today, you can admire the diverse interiors of the palace and garden. Belveder is an attractive place for all art lovers, in its halls you can admire works by Monet, Van Gogh, Gustav Klimt and other prominent artists.

Museum of Art History and Museum of Natural History 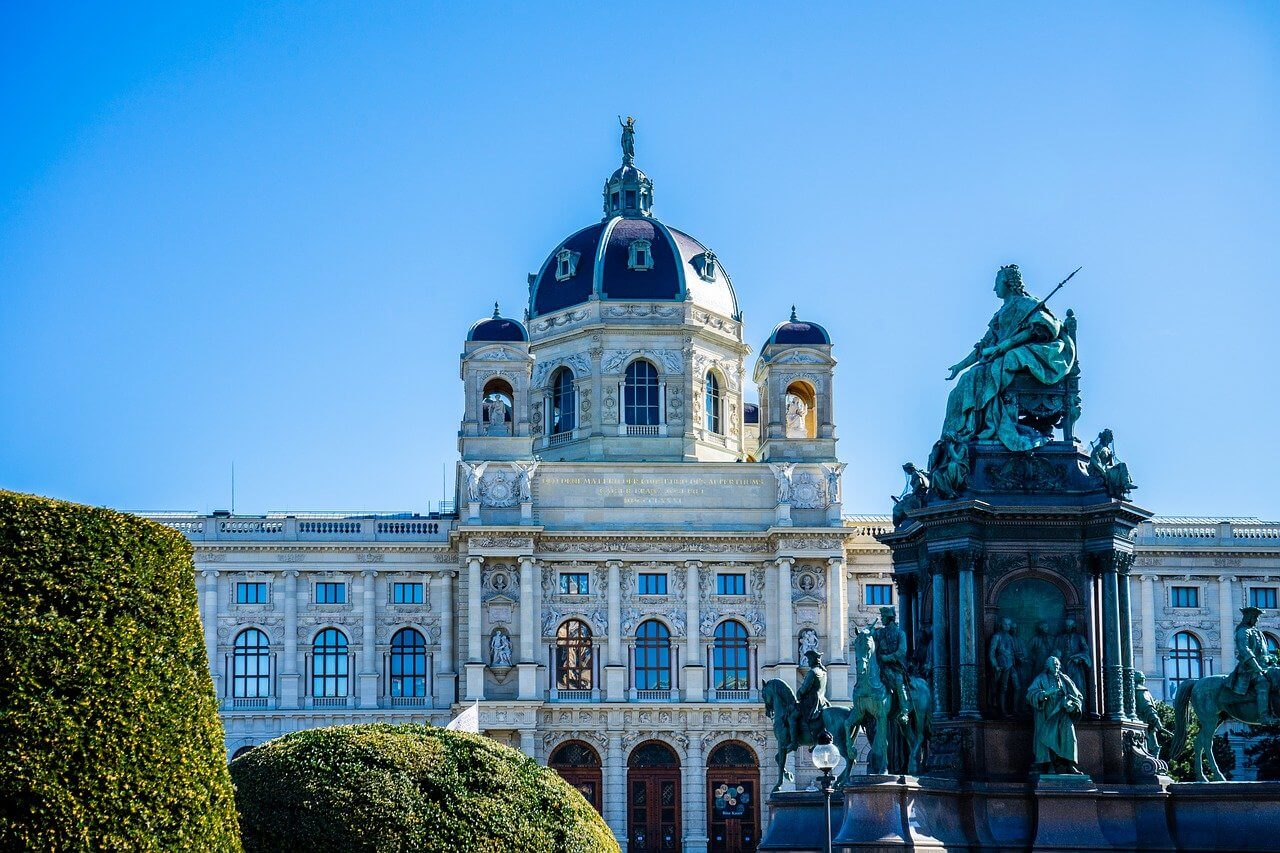 Two enormous museums are located on either side of Maria Theresien Platz in central Vienna. Both buildings are distinguished by their magnificent architecture and are crowned by majestic octagonal domes. The Museum of Fine Arts was founded in 1891 and displays numerous works by Pieter Brueghel, Velasquez, Raphael as well as other famous painters and sculptors. The Natural History Museum opened in 1889 and is now one of the most important museums in the world. The museum has a rich collection of natural artifacts collected by the Habsburgs. 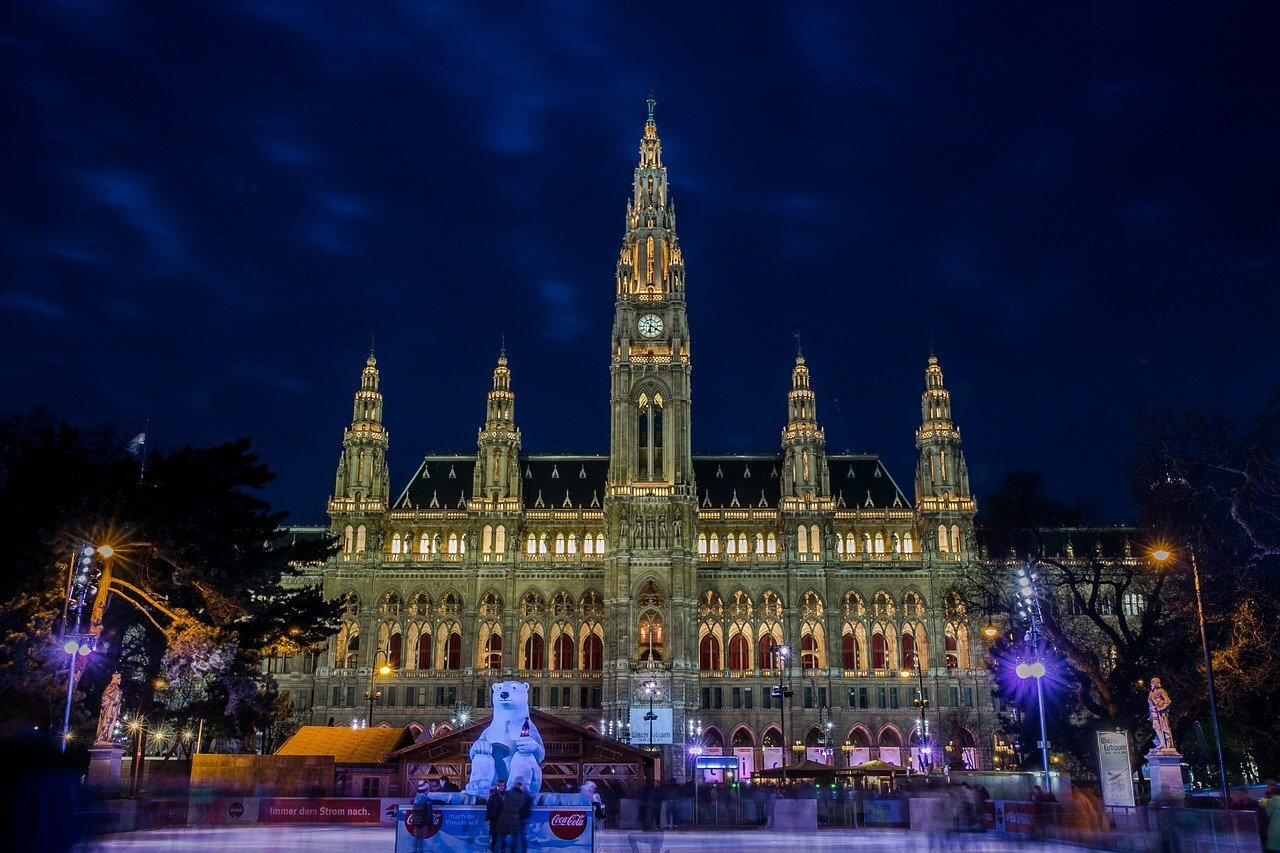 The Vienna City Hall is an unusual example of a neo-Gothic style building. The main façade is decorated with numerous arcades and columns. The building is dominated by four tall towers. Among the four towers, in the center of the building there is a huge 105-meter clock tower crowned with an iron sculpture. At night, the building is illuminated by floodlights, giving the town hall an unusual charm. Directly in front of the Town Hall is a small picturesque park where you can stroll along the magnificent streets. 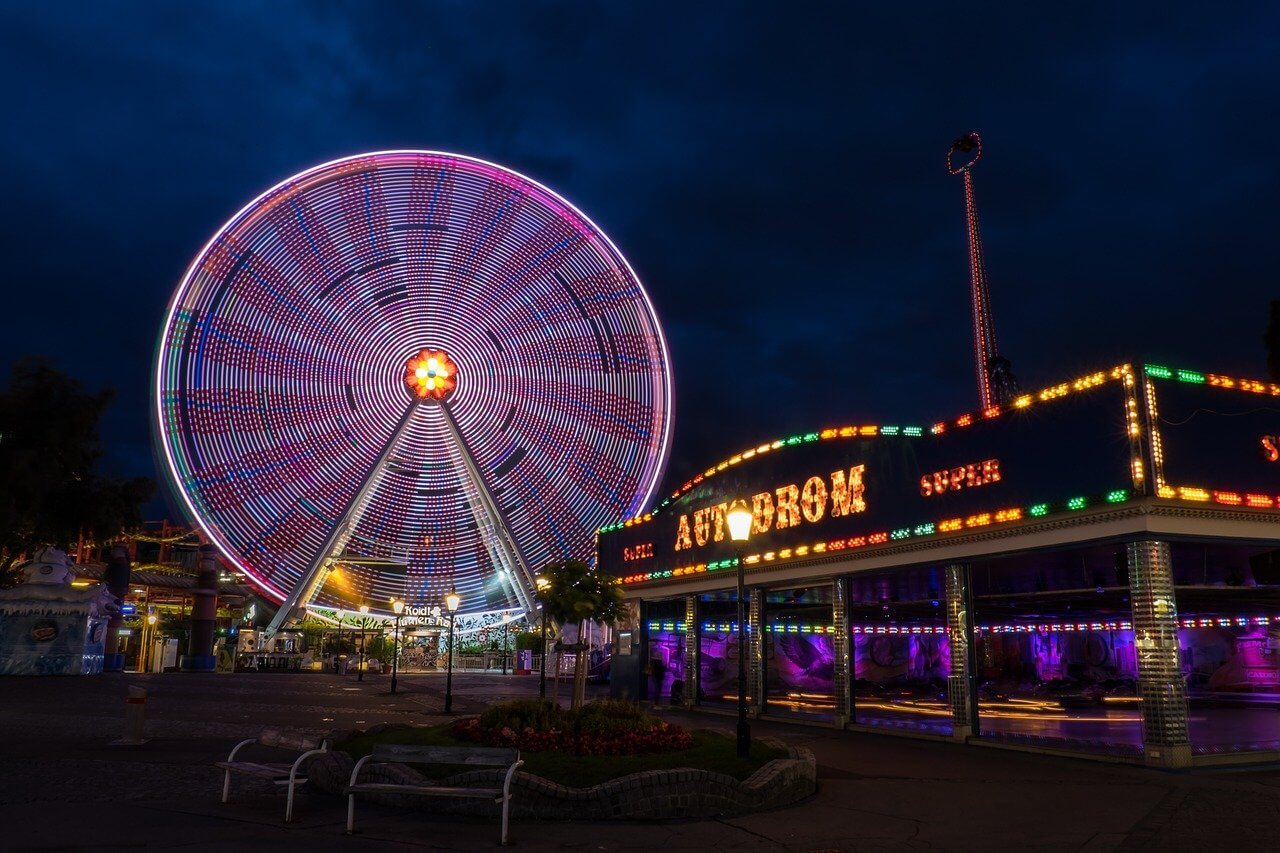 The Prater is a huge entertainment complex that offers many leisure activities for children and adults. The best option to enjoy a panoramic bird's eye view of the city is the old (built between 1896 and 1897) Ferris wheel. The park also has karting, ice skating, rollercoaster, miniature railroad, slides, hippodrome, stadium, sports fields and green recreational area. After a long and exhilarating day, you can enjoy a tasty snack in the many restaurants nearby. The Prater is one of the best places for entertainment in Vienna. 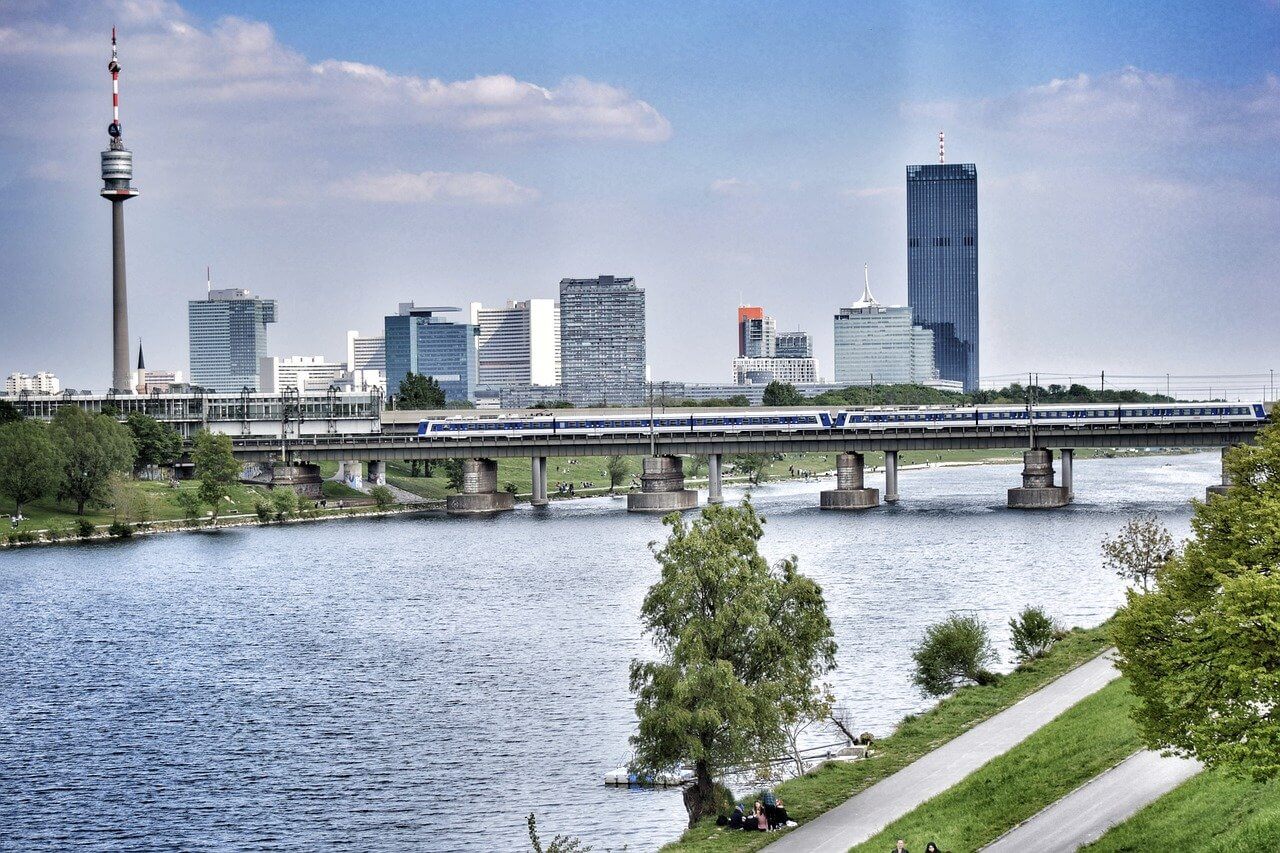 Donauinsel is an artificial island surrounded by the blue waters of the Danube River. This area is known as a recreational park dotted with green trees, flowers, numerous hiking trails, bars and restaurants. Donauinsel was built in the 1970s and early 1980s and is over 20 kilometers long and only a few hundred meters wide. The island hosts an annual music festival, in addition to many other outdoor activities. Picturesque trails and special paths are suitable for jogging, rollerblading and cycling, and in the twilight of the island you can admire the illuminated Vienna. 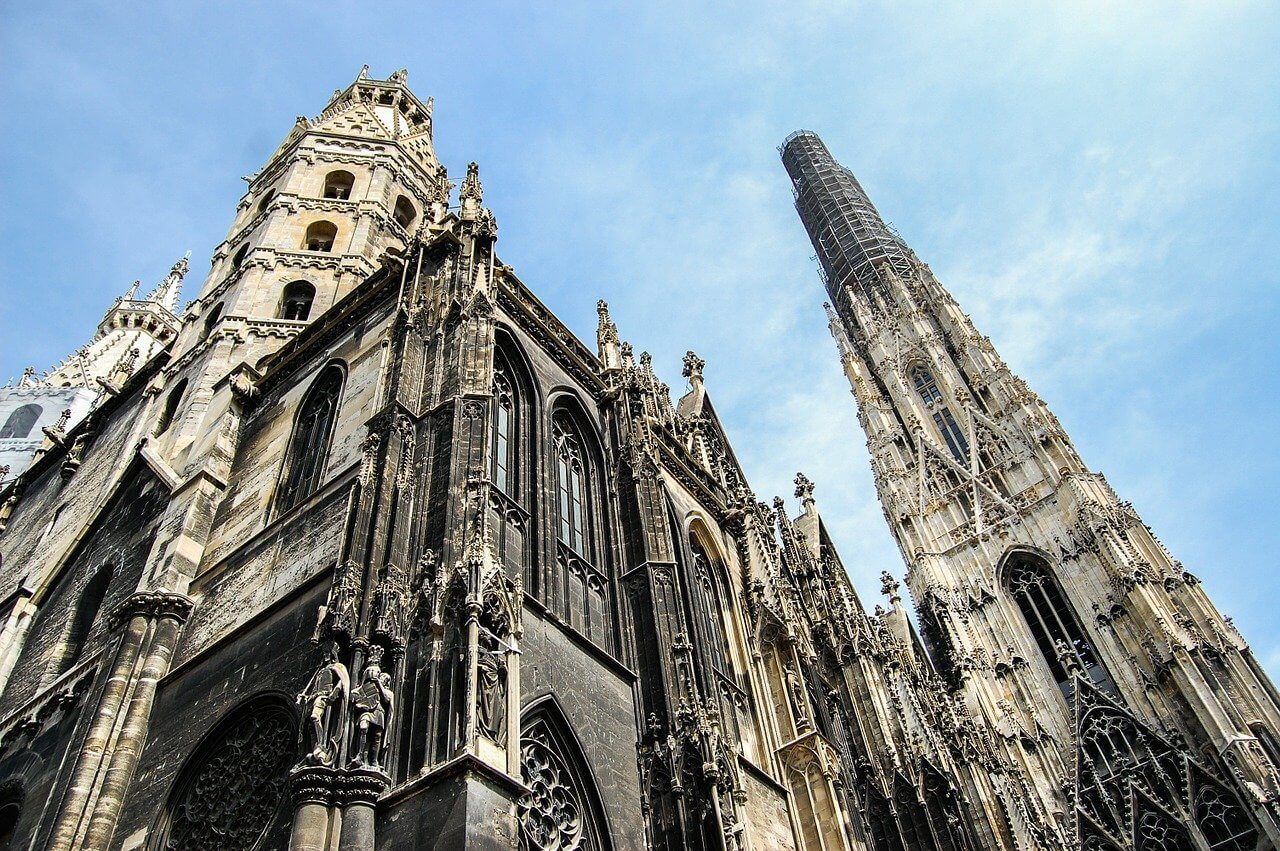 St. Stephen's Cathedral is one of the most famous churches in the city. The cathedral built with elements of Gothic and Romanesque style is located in the heart of the city. The massive tower of the church rises to a height of 136 meters. A distinctive feature of the cathedral is the roof - a mosaic with the coat of arms of the city lined with colorful tiles In the interior there are numerous altars, sculptures, icons and chapels. At the top of the south tower is an observation deck, from which we can see the true beauty of Vienna. 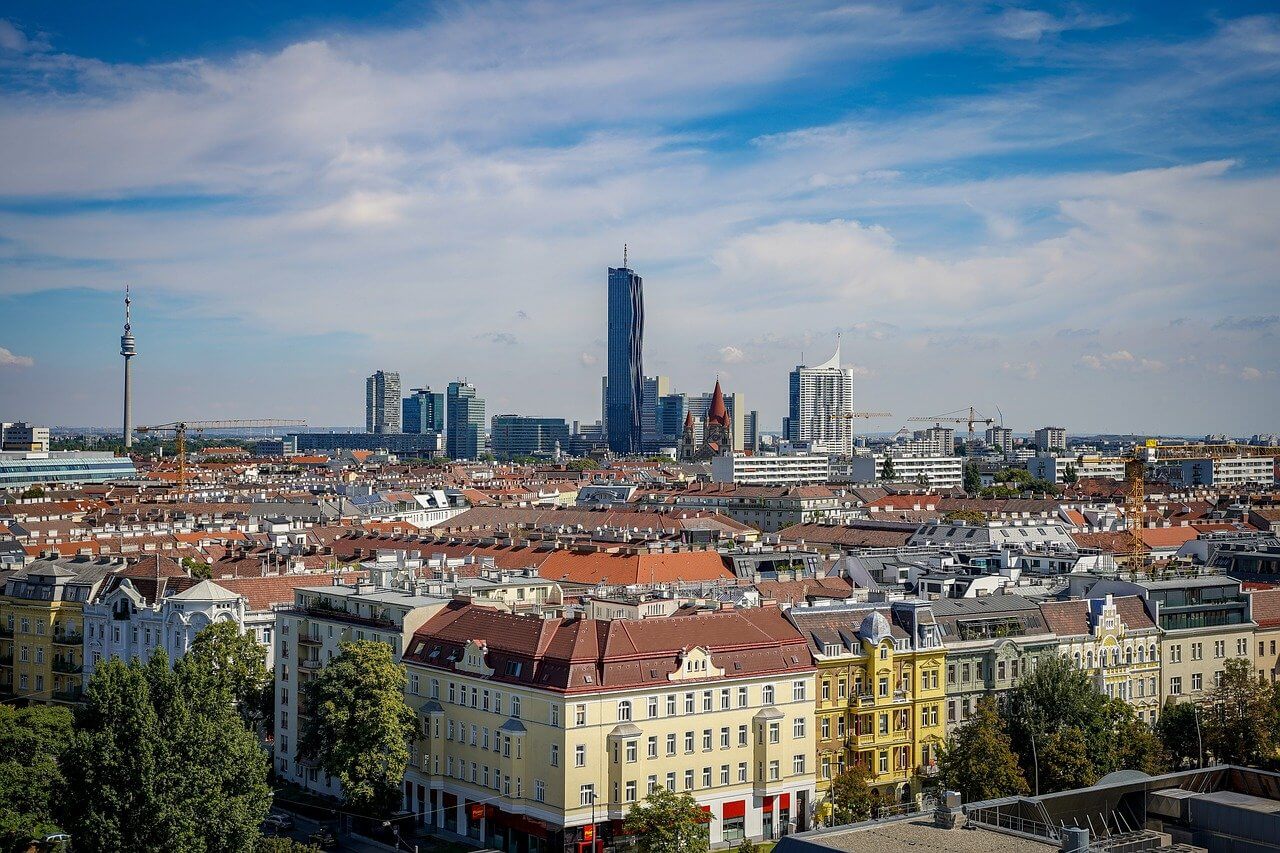 The Danube Tower is the highest building in the city, its height is 252 meters. Climbing up the structure, you will experience the best panoramic view of the city. Two high-speed elevators take visitors to a height of 150-170 meters, where there is an observation deck and restaurants at a rotating platform. From the height you can enjoy a 360 degree view of the city and the Danube valley. 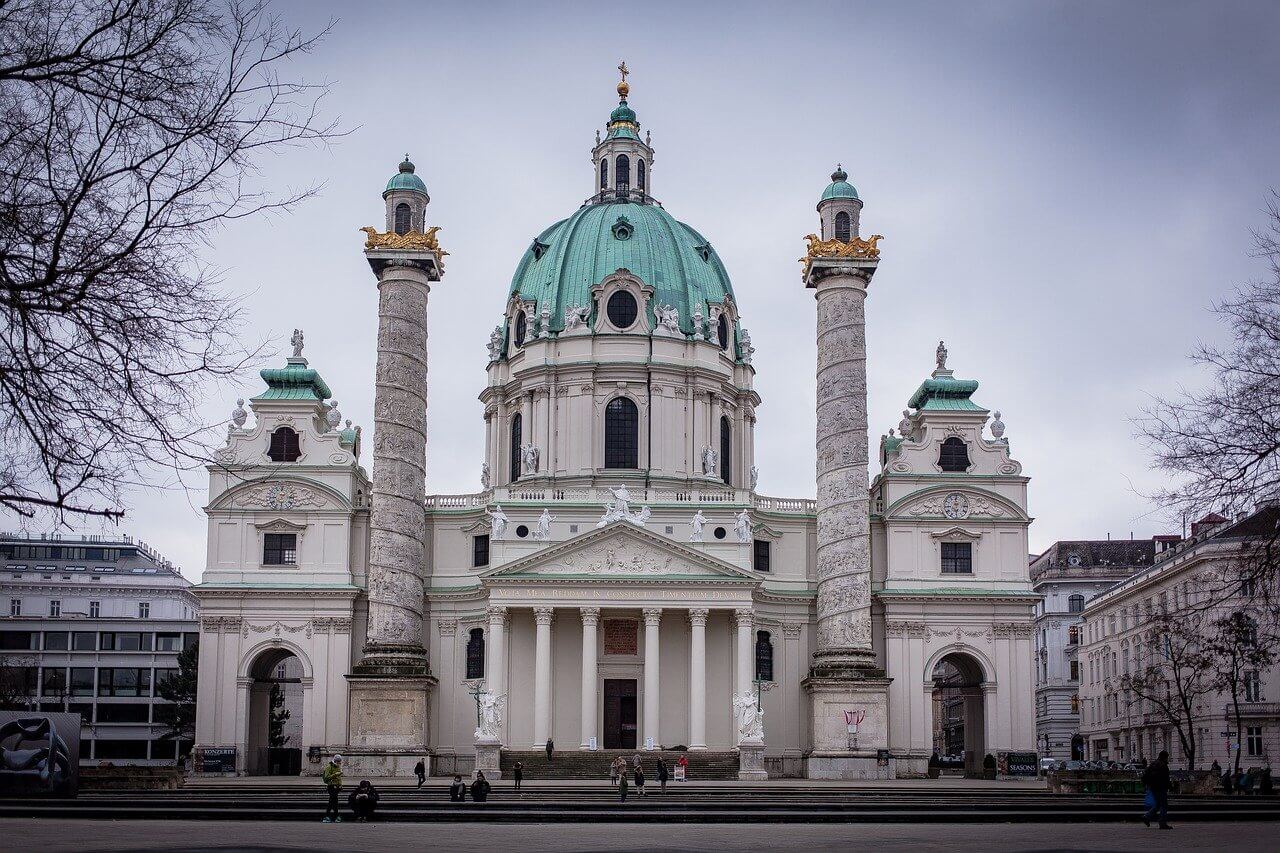 Karlskirche is a historic church that is an outstanding example of Viennese Baroque. It is located near a major transportation hub. The oval pond opposite the church magically reflects all the glories and shadows of this magnificent building. The entrance to the cathedral has columns and in the middle of them, the huge dome of the cathedral can be seen. We will learn interesting details about the history of the cathedral during the tour. 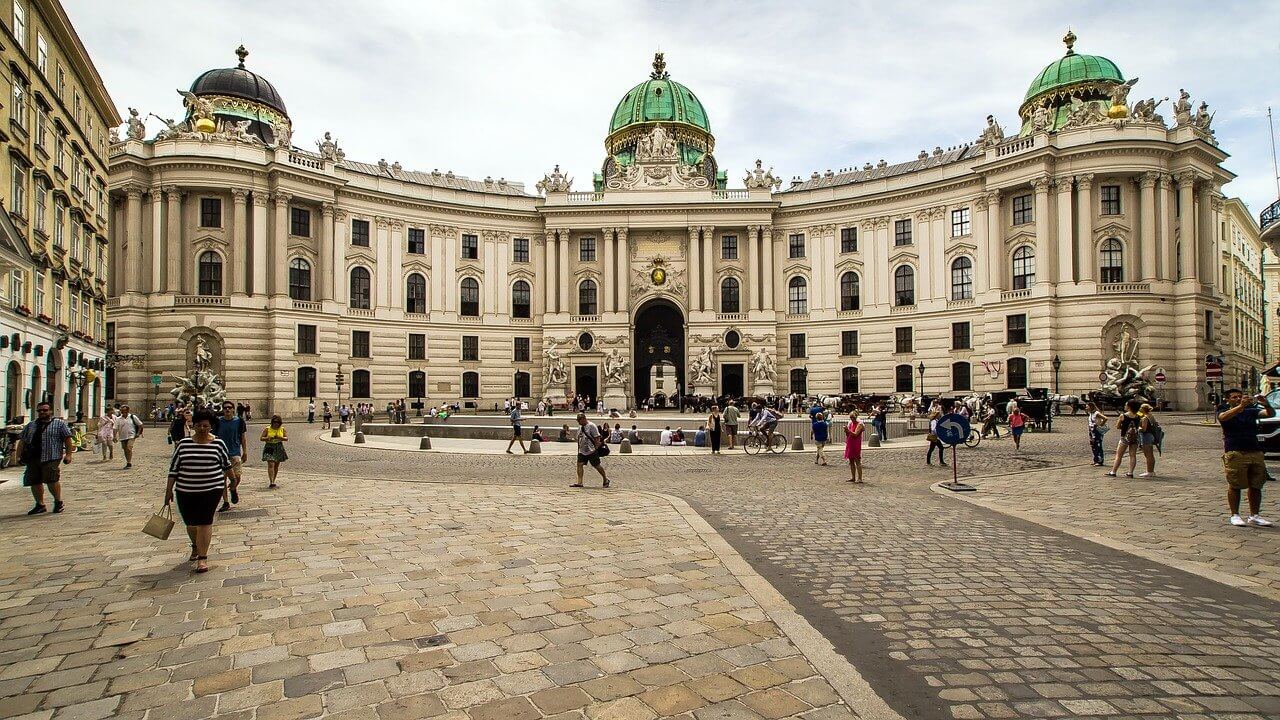 The Hofburg is a huge palace complex in the center of Vienna, consisting of many buildings, built from the 13th to the 20th century. Examples of many architectural styles can be seen here. The palace was dedicated to the Habsburgs, its vast grounds include picturesque gardens, museums, the Austrian National Library, sculptures, monuments and much more. To take a picture, walk here, even at night, the night lights of the palace, making it an even more picturesque composition.

Reviews about What is worth seeing in Vienna? Add comment