U2 plans to build the tallest building in Ireland

The egg-shaped recording studio, the idea of ​​the U2 band and Lord Foster is to be created in the center of Dublin. The 600-foot tower will house 34 living quarters, numerous luxury suites, also in the adjacent five-star hotel, and an observation deck. The surface of the northern wall is to be covered with special plates collecting sunbeams and allowing the use of renewable energy. The construction will start next year, and the end to absorb 140 million pounds of construction is planned for 2011. 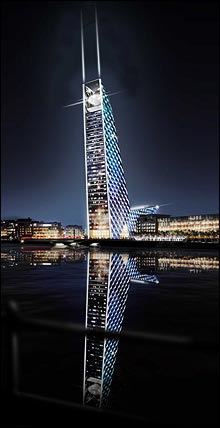 #0
Share your impressions... write something about the content...
U2 plans to build the tallest building in Ireland

#2
świetnie wygląda;P
U2 plans to build the tallest building in Ireland