There are 100 super high-rise skyscrapers in the world

According to the international organization The Council on Tall Buildings and Urban Habitat (CTBUH), we already have 100 super high-rise high-rise buildings in the world - buildings that are 300 meters or more.

CTBUH deals with the dissemination of knowledge about skyscrapers, is an expert and arbitrator in the matter of measuring the height of buildings, in their database on the website http://www.ctbuh.org/ have already described more than 10 thousand. objects.

A week ago it was announced that due to completion of the construction of 432 Park Avenue in New York (425,5 meters high), the list of completed high-rises with 300+ meters reached the number exactly 100. 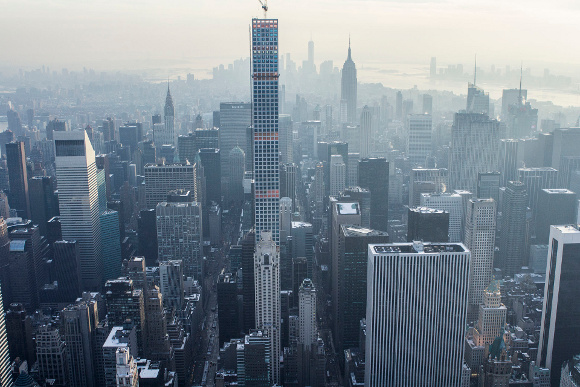 According to the CTBUH organization, super high-rise skyscrapers are becoming more and more popular in the world, their number has doubled in the last 5 years. In 2010, there were 50 of them, and according to information they have in their plans or during the construction there are 100 more high-rise buildings, so in the next 5 years the number of super-high buildings may amount to 200. 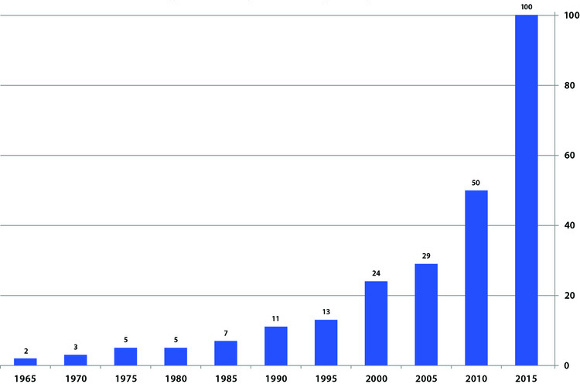 Chart: Number of super high-rise buildings at the turn of the year.

Most skyscrapers are currently being built in Asia and the Middle East. The leader among the largest number of super high-rise skyscrapers is the city of Dubai (United Arab Emirates), where there are as many as 18, followed by New York (United States) with the number 7.

A complete list of 100 skyscrapers can be seen at: http://www.skyscrapercenter.com/buildings 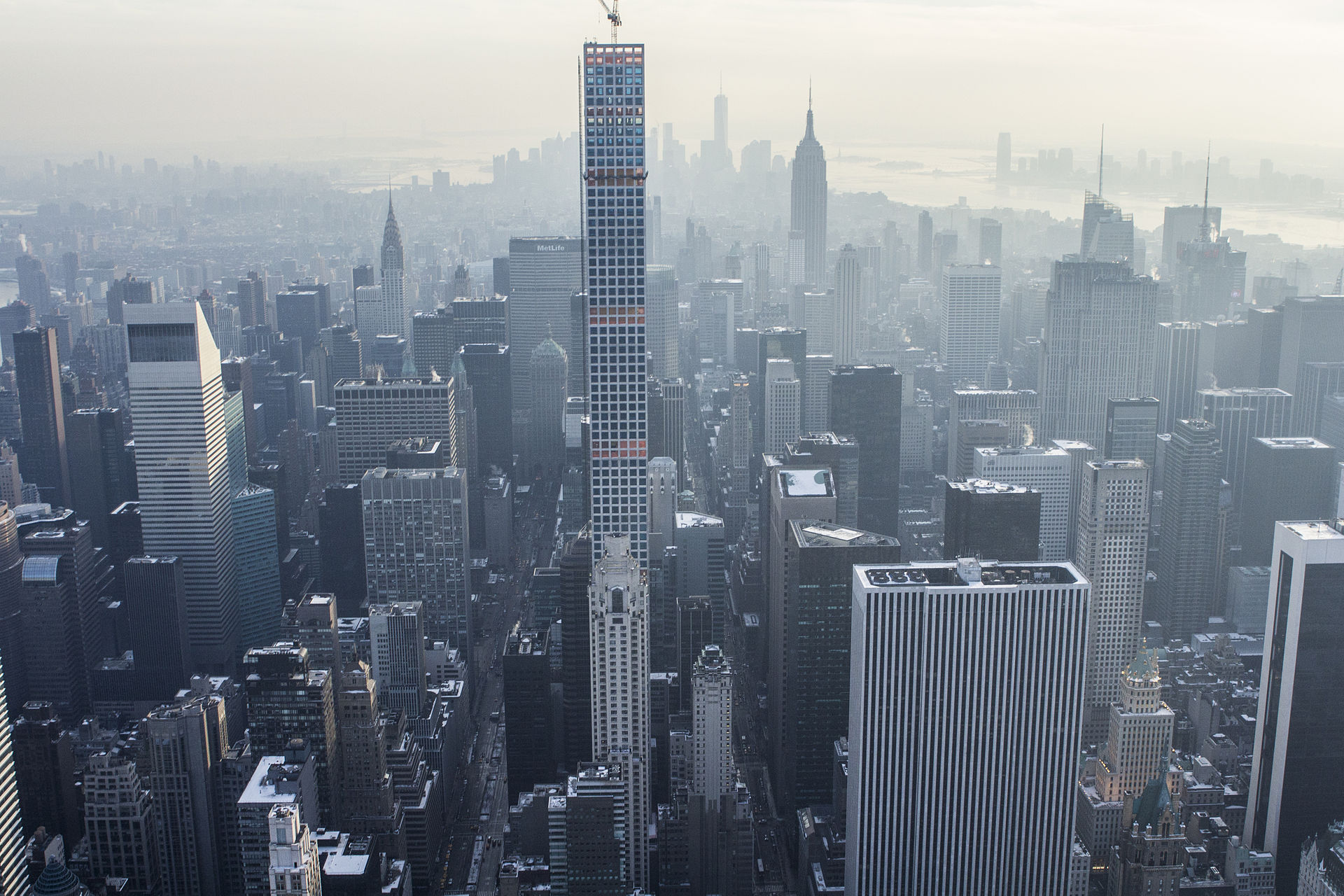