On March 22, 2012 the world's highest tower - Tokyo Skytree - was opened in Japan. Measuring 624 meters, the second only building is Burj Khalifa (828 meters).
The construction, the construction of lasted four years and consumed 643 million euros, will serve as a telecommunications tower broadcasting television and radio signal. Thus, it will replace the already worn 333 meters Tokyo Tower.
The viewing terraces are located at heights of 350 and 450 meters. In addition to terraces in the building with an area of ​​37 thousand. square meters there were many luxury restaurants, as well as an aquarium and a planetarium. 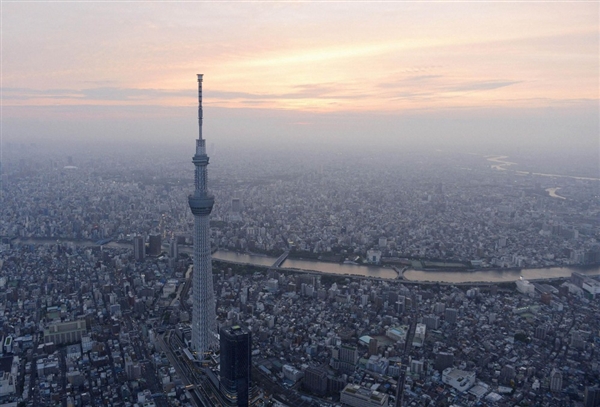