The tallest building of the Balkans was rebuilt

After 11 years, Belgrade regained its symbol - a telecommunications tower destroyed during NATO bombings. The re-opening of the tower at Mount Avala, near Belgrade, was greatly pumped by the fireworks.
The tower, considered the symbol of the city and called the Belgrade Eiffel tower, was destroyed on April 29, 1999 during the bombing of Belgrade by NATO forces during the Kosovo war.

Its reconstruction lasted three years, and its opening was postponed twice - the first time due to the disaster near Smolensk, in which he died, among others the president of the Republic of Poland and the other - due to bad weather. The present tower is a faithful copy of its predecessor, but it measures 204.5 m, which is one meter higher than it. It is the tallest building on the Balkan Peninsula. You can already visit it. From its terrace there is a view of the entire Belgrade. In addition to the tourist function, the new tower will be, just like its predecessor, to broadcast television and telecommunications signals.

The three-hour opening ceremony of the tower began with the national anthem and ended with a fireworks display. Almost all major politicians in the country with the president and prime minister, representatives of the city of Belgrade and the Serbian Orthodox Church were present. The event was also attended by several thousand residents of the city.

"I wish all of us that no future city president should have the opportunity to reopen the tower on Avala.The new tower should not be news from the past, but a message for the future. We have it, let's look after it," said the capital city president Dragan Dzilas during the ceremony. and he added that from this tower Belgrade will see more clearly the problems of all Serbia.

Serbian patriarch Irinai said that the tower represents the symbol of love and creativity of one nation. "No one has ever erected a monument for a tempest, but for the builders," he added. 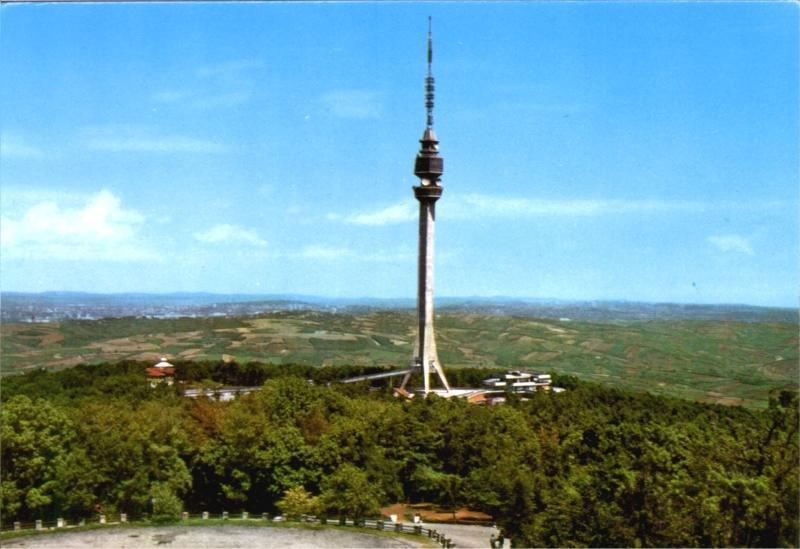