The longest bridge in the world was opened

Chinese President - China Xi Jinping opened the longest bridge in the world. 55 kilometers of engineering perfection will connect Hong Kong, Zhuhai and Macau. The current time needed to cover this route will shorten from 4 hours to 30 minutes. Work on the construction lasted from December 2009 and is estimated to have consumed 20 billion dollars.

Although the idea of ​​bridging these cities was born in 1983, it was only in 2009 that it was implemented. Work on the Hong Kong side began two years later.

This region is characterized by a dynamically developing economy, so construction of such a construction was a must. It is estimated that nearly 70 million people will use it every year.

The structure consists of three suspended bridges and an undersea tunnel with a length of 6 km with an entry on the artificially created island.

The bridge is equipped with three-lane roadways in both directions. The amount of steel needed to build it would be enough to build the 60 Eiffel Tower.

The construction of the bridge was also criticized by ecologists claiming that it will negatively affect the population of white dolphins found in this area. 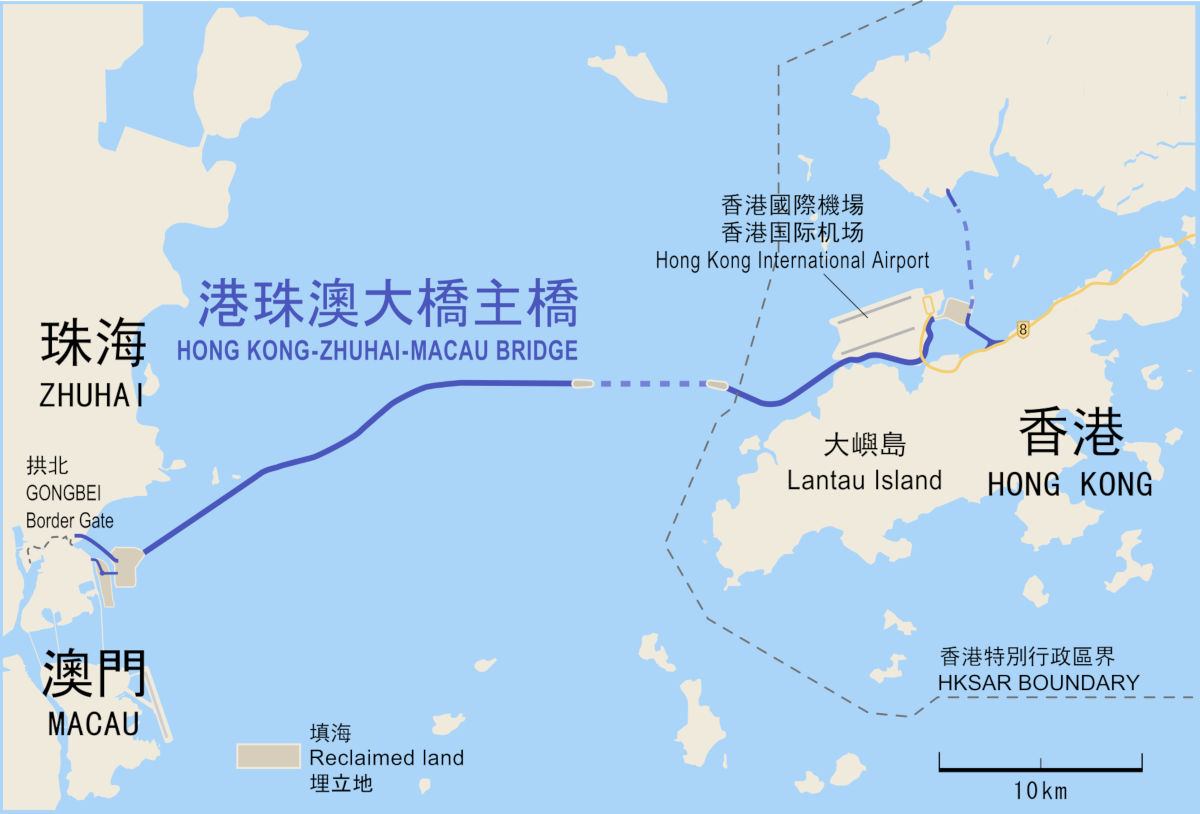 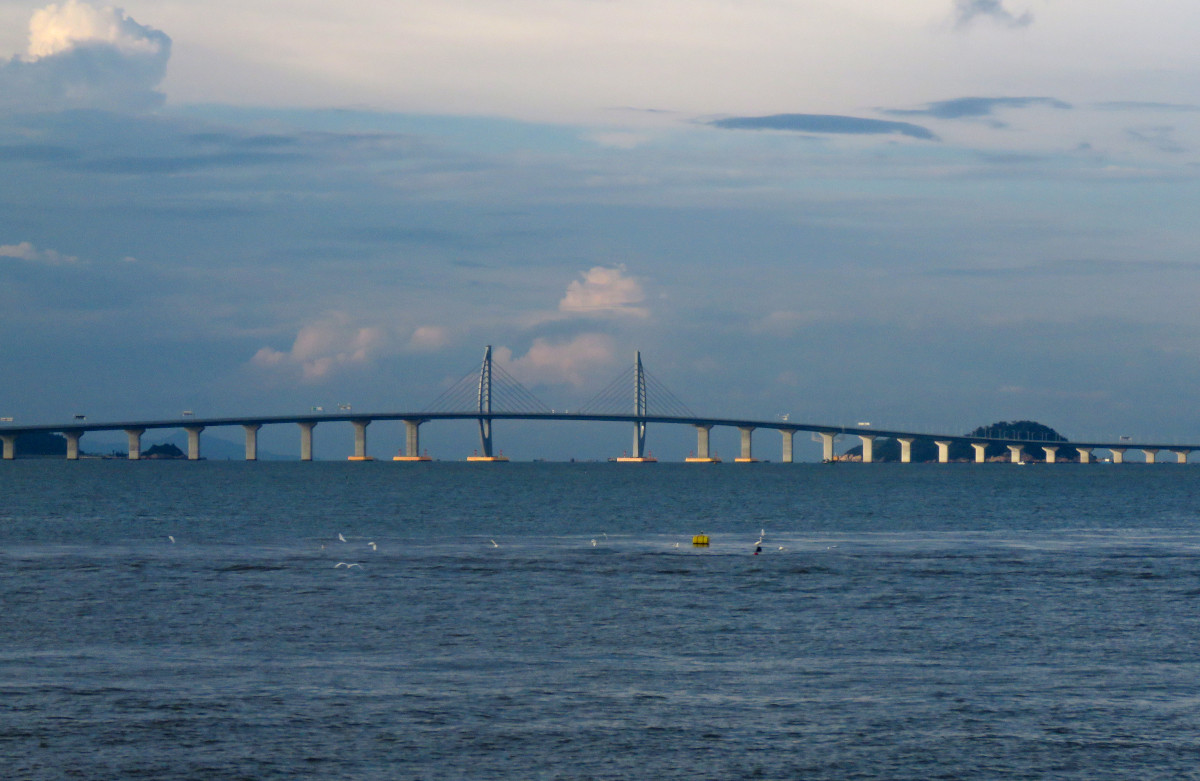