Measuring a 320-meter tower, it will be built in the small Danish town of Brande, with only 7,000 inhabitants. The building will be owned by the Bestseller clothing company, and the building will be named after it - Bestseller Tower, which at the time of its creation will be the highest in the European Union and the fifth largest in Europe. 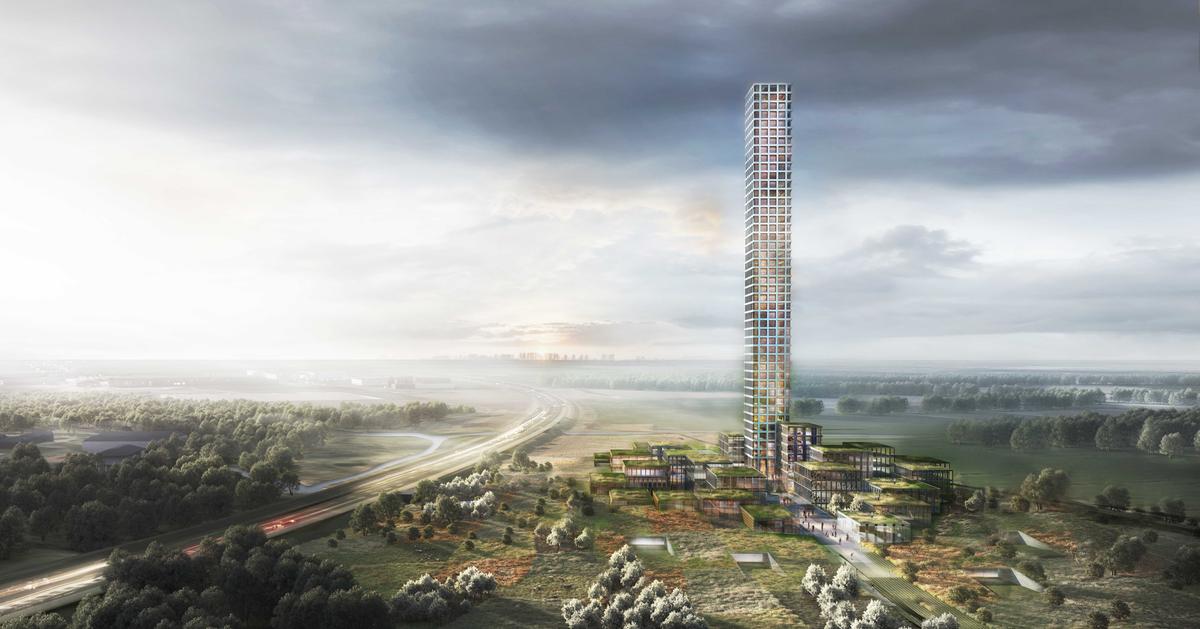 At the time of its completion Bestseller Tower will exceed the current leader in terms of height in the EU, namely London's The Shard (309 meters) and Warsaw's Varso Tower (310 meters).

The high-rise building, which is almost deserted, is already compared to "The Eye of Sauron" from "The Lord of the Rings" by some. On clear days it will be visible from a distance of 60 kilometers.

The place was not chosen by chance, it was there that the Bestseller company was founded, the owner of clothing brands such as Jack & Jones and Vero Moda.

The "Tower & Village" complex designed by the designer Dorte Mandrup, in addition to the slim tower, will include other, lower and ecological glass buildings.