The collapse of the Minneapolis bridge, nine people died, 20 are missing

Yesterday after 18:00 a bridge over the Mississippi River collapsed connecting Minneapolis with Saint Paul. According to foreign television stations, the construction collapsed due to the collapse of the bridge. The steel bridge built 40 years ago was just under renovation. Over 200,000 passed through this 8-band facility daily. vehicles. But due to renovation, only two lanes were open at the time of collapse, so there could be between 50 and 100 cars on it. At the moment of passing under the bridge of the freight train there was a collapse, which destroyed the building, and the train stopped in half. Over 50 cars found in the water. 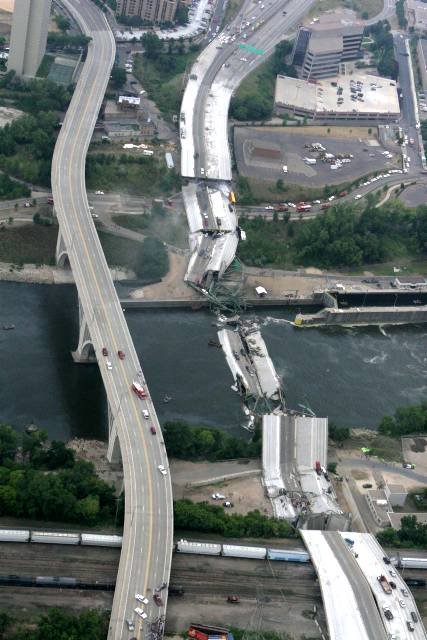 Reviews about The collapse of the Minneapolis bridge, nine people died, 20 are missing Add comment

#0
Share your impressions... write something about the content...
The collapse of the Minneapolis bridge, nine people died, 20 are missing