The 10 most important buildings in Rome

A trip to Rome is an interesting way to spend unforgettable moments and feel the atmosphere of ancient history mixed with the rhythm of the modern city. There are many attractive places and structures in the Eternal City. It's worth knowing at least 10 of them!

1. Magical arena of gladiator and spectacular fights
It is difficult to imagine Rome without the former Flavian Amphitheater and the gladiator arena. Colosseum is undoubtedly a showcase of the city, and at the same time a fragment of rich history thrown into the rhythm of the present. Next to the Coliseum, everyday ordinary life is flourishing.
The facility makes a huge impression from the outside, despite visible gaps. The Coliseum was built on the orders of Emperor Vespasian in the years 70 - 80, It has the shape of an ellipse with a height of almost 50 m and a circumference of up to 524 m. The surface of the arena itself is 3,600 m2.
The building was damaged many times and after the fall of the Roman Empire for centuries forgotten. The splendor of the Coliseum was restored in the mid-18th century by Pope Benedict XIV, who celebrated the Way of the Cross there. Tradition has remained to our times and every year crowds gather on Good Friday in this ancient amphitheater. Sometimes concerts also take place, and only the top performers can receive the honor of appearing at the Coliseum.
On the other hand, many tourists come here every day, who for a moment want to feel the atmosphere of this amazing place. Maybe if you touch the stone walls, you will hear the cries of the audience and gladiators mixed up with a roar of wild animals? 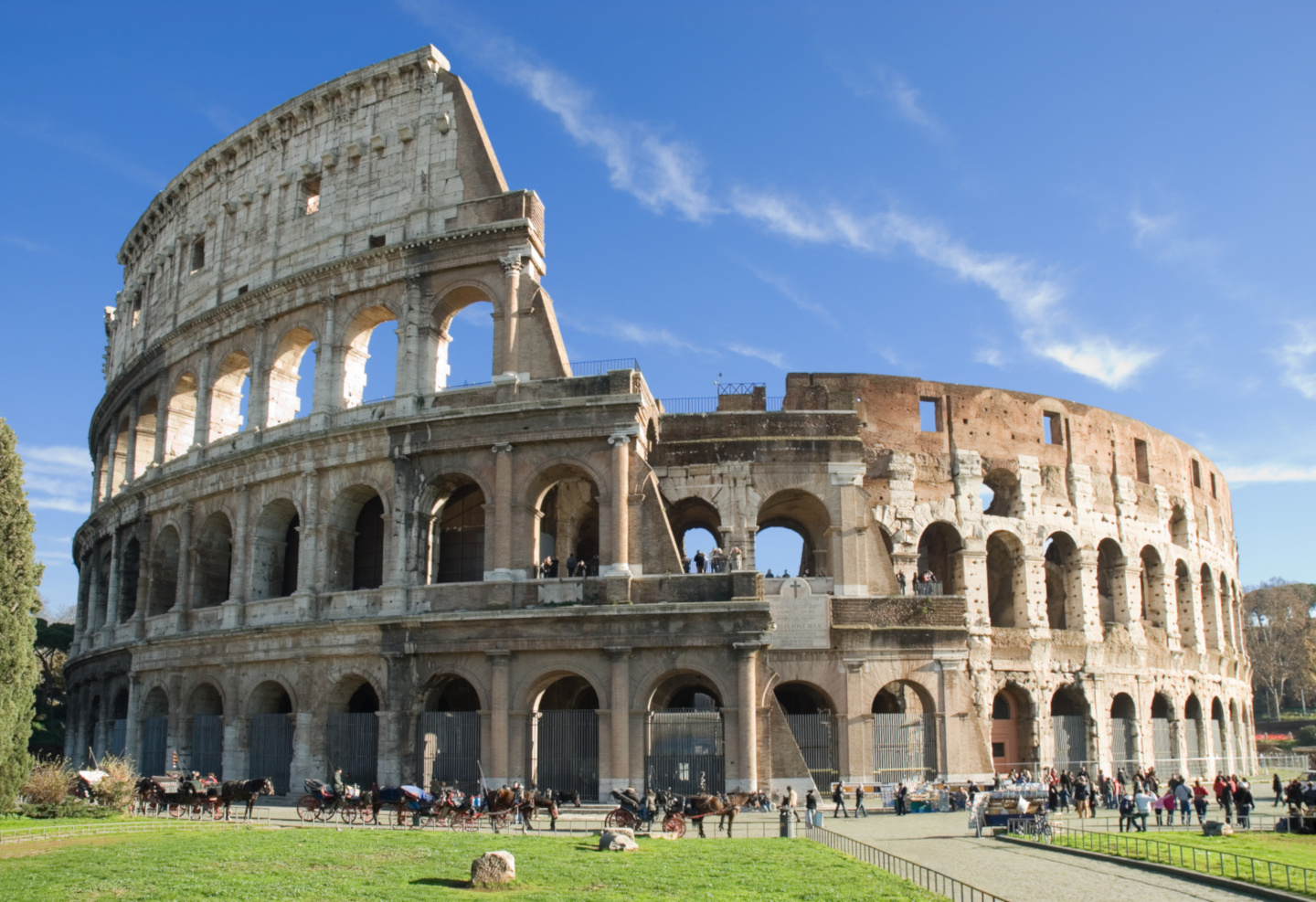 2. Monumental 138 degrees
There are many beautiful squares in the Eternal City, but probably every trip is going to Piazza de Spagna to go down the famous Spanish Steps straight to the church of Trinita dei Monti. These 138-degree stairs are a traditional resting place for tourists and meetings of Italians. It is worth remembering that eating on them can bring bad luck, while taking a picture with your head down ensures success in life. Believe it or not, it's better not to fate. 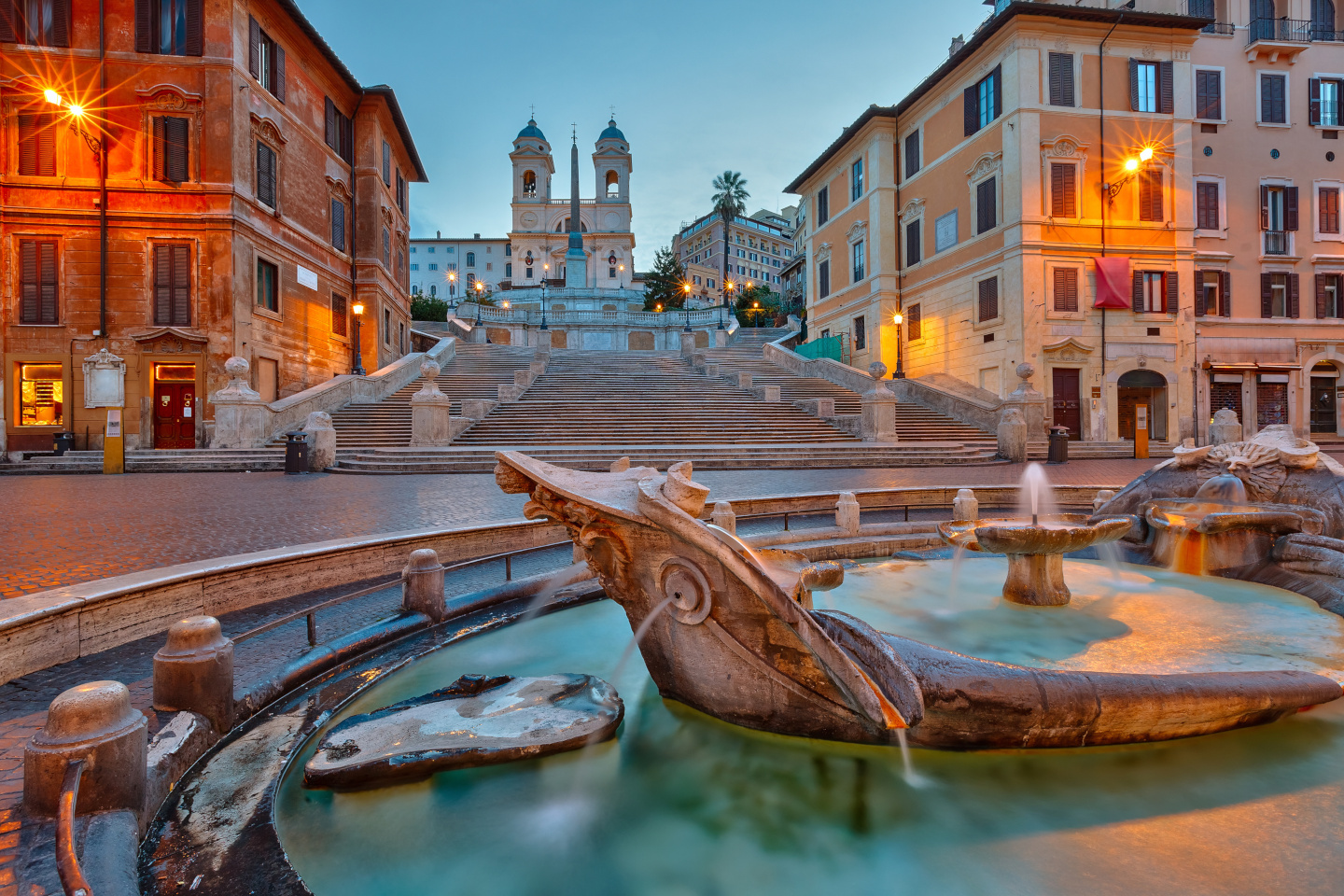 3. Fountain with "Dolce Vita"
The Trevi Fountain is probably known to all fans of Federico Fellini's films. Beautiful during the day and dazzling at night, the fountain attracts thousands of tourists every day from around the world, so it would be difficult to repeat the romantic scene from the movie. However, it's worth seeing this amazing work from the mid-seventeenth century. If you want to return to Rome, it is necessary to throw a small coin into the fountain over your shoulder backwards, and if you are dreaming of a wedding, then even two. 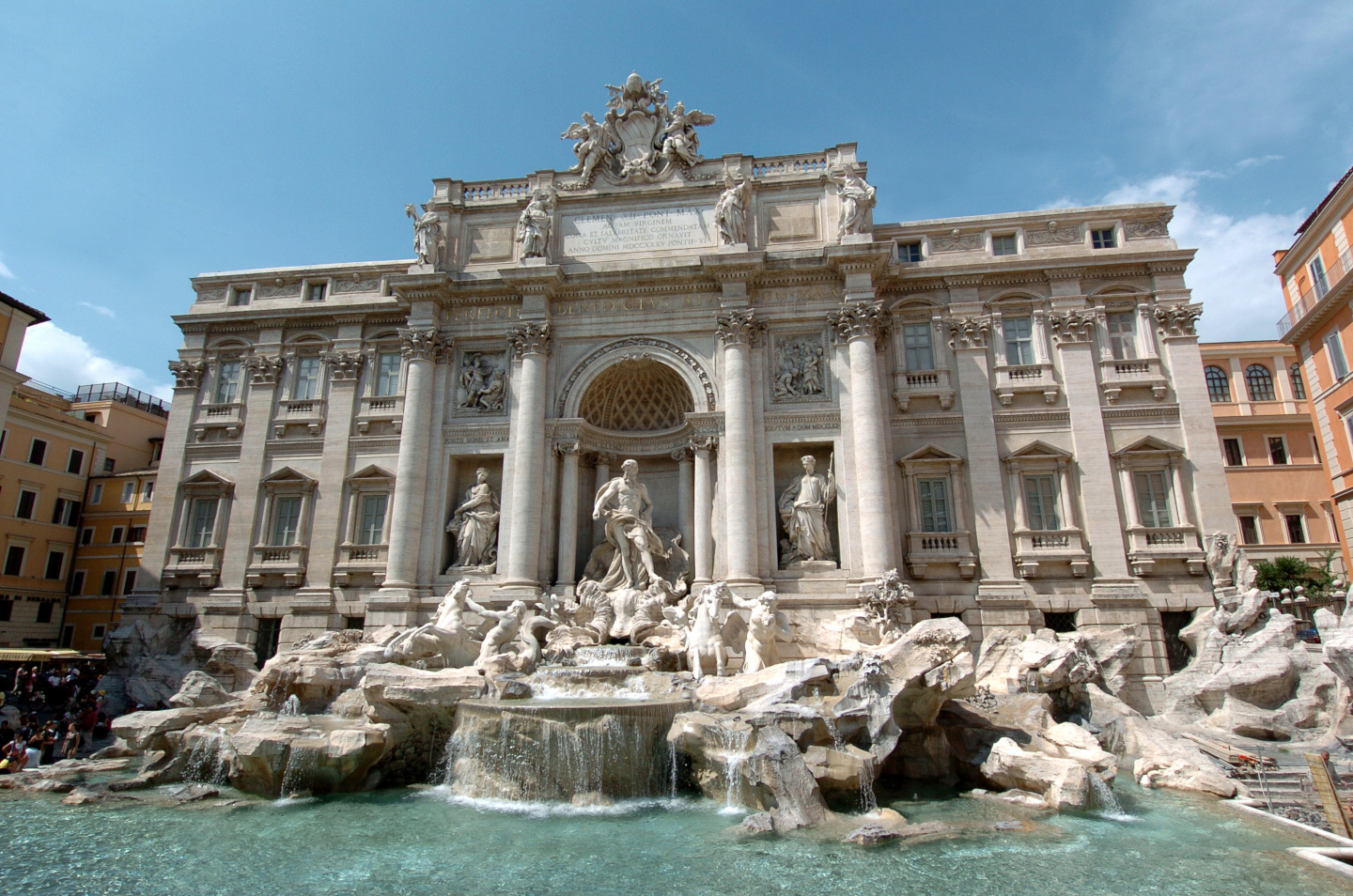 4. The only signed work by Michał Anioła
It is, of course, a great Pietà, which is located in the famous Basilica of St. Peter. Monumental Basilica, as well as the square of the same name is one of the mandatory points of any trip to Rome, not necessarily just Catholics. The temple from the turn of the fifteenth and sixteenth century has as many as 23 thousand. m2, and Saint. Peter surrounded by 284 columns and 88 pillars. The whole makes a really stunning impression.

5. Where you have to look up
A few steps away is the Vatican Palace, famous for its amazing Sistine Chapel. Again, you have to pay homage to the brilliant Michał Aniołowi. His beautiful frescoes cover the walls and ceiling of the fourth chapel funded by Pope Sixtus. I do not think there is a person who would not know the fantastic "Creation of Adam". It is definitely worth seeing the painting live to fully appreciate the artistry of the artist.

6. Where rain falls pink
Although the Pantheon is impressive all the days of the year, it is worthwhile to be in it at Pentecost. Then through the hole in the dome, or oculus, Roman firemen drop thousands of rose petals into the magnificent temple, about which Michelangelo said that it is the work of angels. Some of the monuments of the Eternal City are heavily damaged, but fortunately this does not apply to the Pantheon. Thanks to this, you can admire the genius of ancient architects, who managed to create a monumental and light object at the same time, in which you can enjoy a fantastic play of lights.

7. The heart of ancient Rome
The Roman Forum is the oldest urban square in Italy. It has been the center of political, religious and economic life for over a thousand years. Currently, only traces of this splendor remain, the ruins of several temples, basilicas, columns, triumphal arches, monuments and other buildings. And all surrounded by picturesquely six hills.

8. The place of the most famous geese in history
Kapitol - the most important hill of the Eternal City, from which there is a unique view of the Roman Forum. Famous from the legend of geese warning against the invasion of the Gauls, and now from the magnificent central square and the beautiful palaces of the design of Michelangelo. The Capitol can be reached by majestic stairs, which are also the work of this artist.

9. Where you need to go underground
Catacombs are an amazing example of underground cemeteries excavated between the 2nd and 4th century AD. Currently, there are more than 40 catacombs with corridors stretching for 150 km and on several levels. It is worth entering these ancient tunnels and discovering Rome from a different perspective.

10. The most important Catholic temple in the world
Contrary to appearances, it is not the Basilica of Saint. Peter, but the Basilica of St. John in Lateran. This papal, richly decorated and unusually monumental cathedral can be associated more with a palace than a church and it is certainly an interesting place on the map of Rome, together with Babtysterium being the first baptismal chapel and the Sanctuary of the Holy Stairs.

Of course, these are not all monuments of Rome, which must be seen during a trip to this unique city, eg from ITAKA Travel Agency .

Reviews about The 10 most important buildings in Rome Add comment