Skyscraper with the highest atrium in the world completed

Located in the new shopping center of Beijing, Leeza SOHO skyscraper was completed on Tuesday, thus obtaining the title of building with the highest atrium in the world. The 50-story tower (46 floors above ground and 4 underground floors) has a 194.15 meter high atrium running virtually the entire height of the skyscraper. 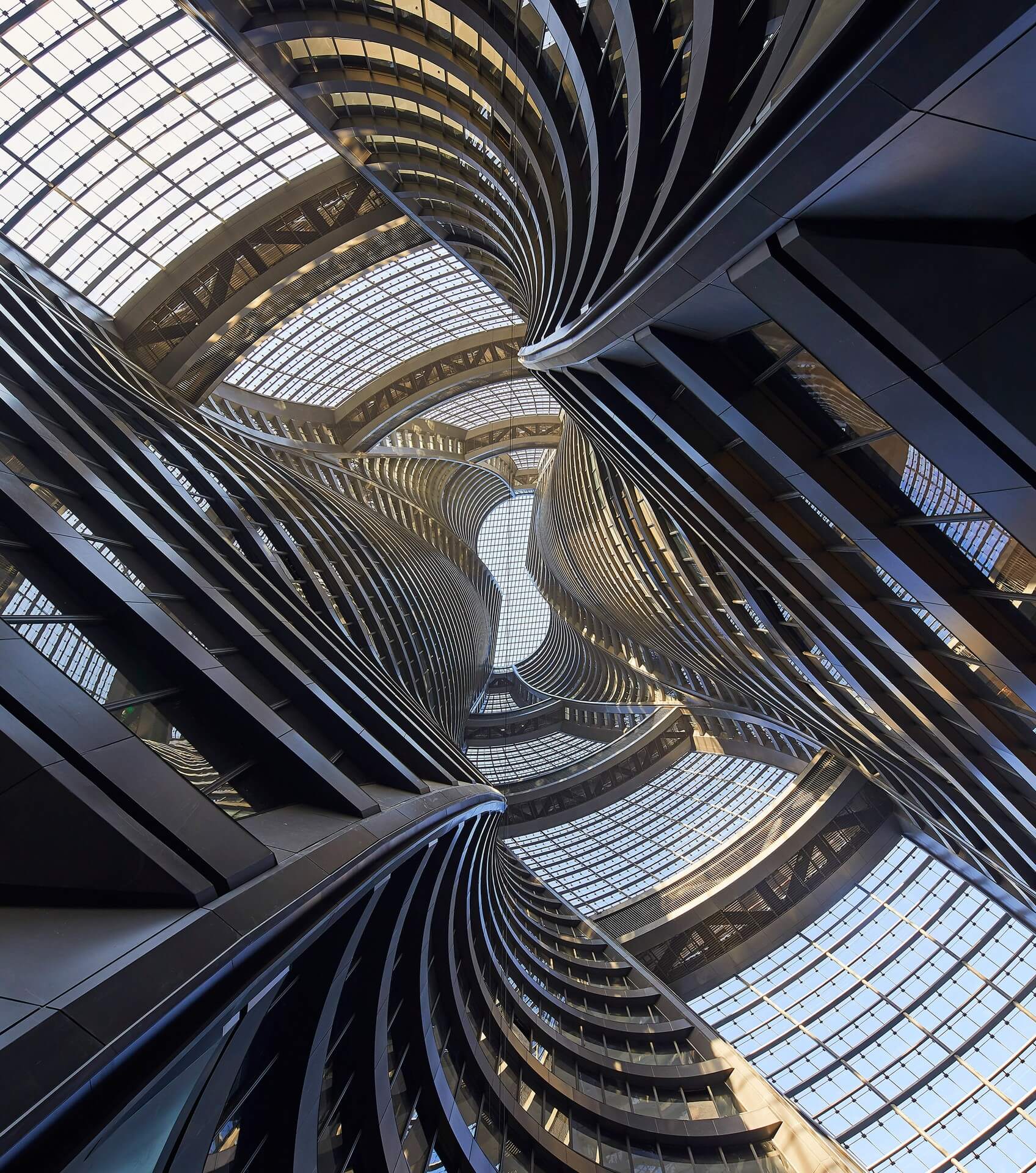 The building was designed by Zaha Hadid Architects and Patrik Schumacher. The previous record for the highest atrium belonged to the Dubai Burj Al Arab and was 180 meters.

Leeza SOHO looks like it was divided into two halves, it is the intentional intention of the architects, it refers to the fact that it is located in the vicinity of a commercial railway station at the intersection of five new lines currently being built in the Beijing metro network, and the area itself is divided diagonally underground subway tunnel.

Two halves are enclosed in the facade, they twist at an angle of 45 degrees, creating an original and dynamic shape, connected by four bridges at different heights, on floors 13, 24, 35 and 45 respectively.

The tower combines many different spaces and offers beautiful views of the surroundings. The atrium also provides natural light for the interior of the building, while acting as a thermal chimney with an integrated ventilation system.

172.800 m² of space will offer office space for small and medium-sized companies. In addition to the underground office space, there are 2680 parking spaces for bicycles, along with lockers, showers and dedicated places for charging electric and hybrid cars. 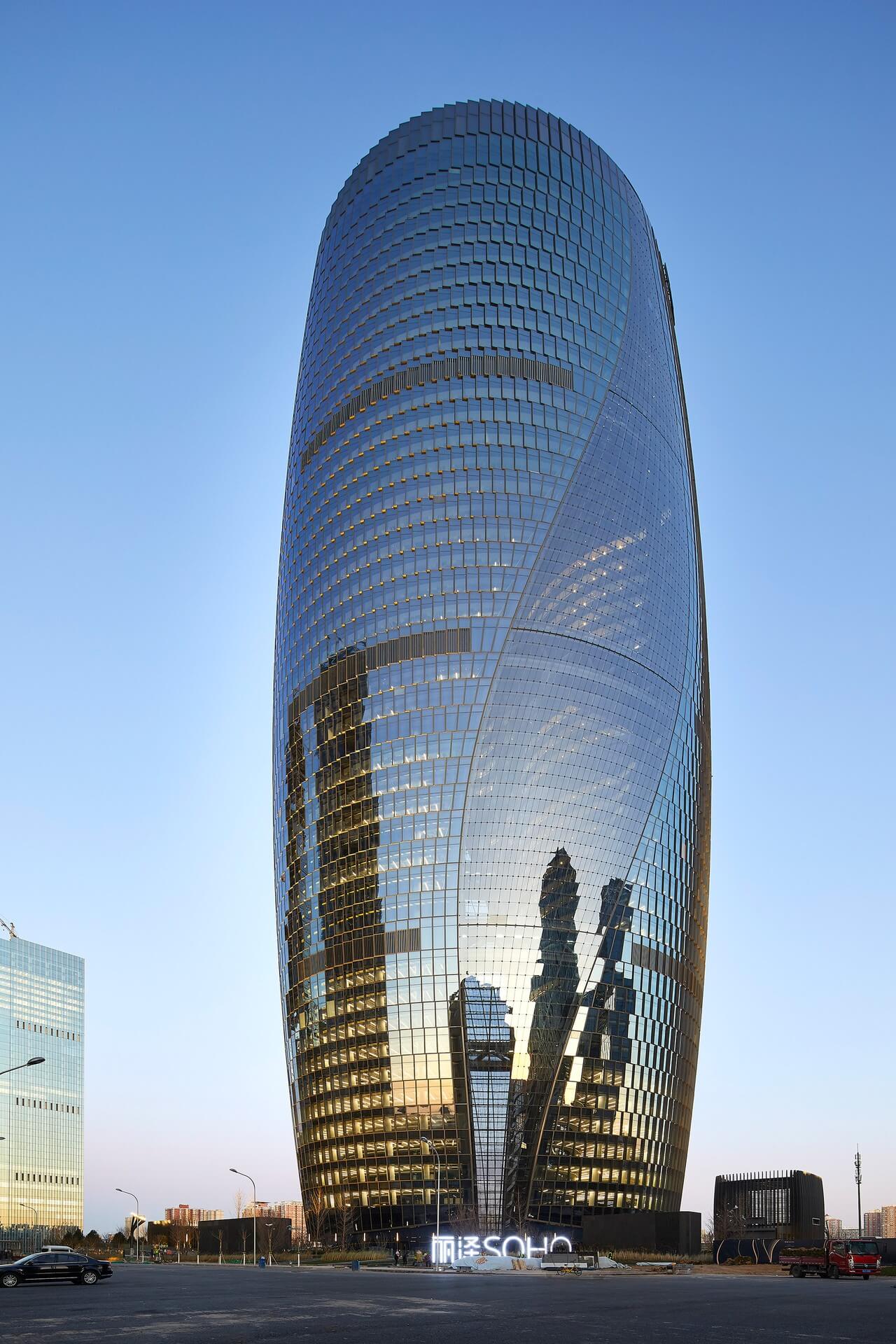