The concrete wall of high-rise buildings has long obscured the picturesque hills surrounding the city of Chongqing in China. Architects want to restore the mountains of the urban panorama.
In the meeting place of the yellow waters of the Yangtze River with the blue waters of Jialing, there is Chongqing, a city that is the eye of Chinese strategists, prepared for the largest business cluster after Shanghai.

Surrounded by mountains, the settlement located far inland, the first rapid wave of development passed after the Korean War in the 1950s. Irrational idea of ​​Mao Tse Tung, who, in order to defend the heavy industry against the American atomic bomb, decided to put as far as possible the key sectors of the industry far beyond the reach of the enemy, resulted in a waste of unprecedented scale. 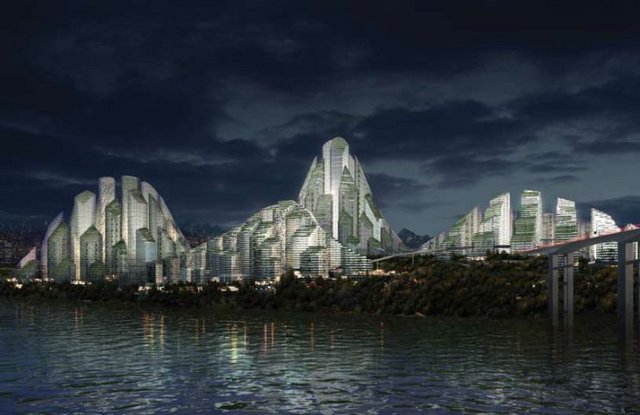