The cause of the catastrophe at the Katowice International Fair, which took place on January 28, 2006, were construction errors, and not as previously stated on the roof of the snow. Experts from the Wrocław University of Technology, who carried out the expert opinion, reached such conclusions.
The research revealed that the cause could be one of many main, poorly designed, load-bearing elements, i.e. girders, uprights or poles. The reason was not the material from which the buildings were made.
Recall that as a result of this disaster, of the 700 people in the hall, 65 were killed and over 140 were injured. After the crash, three heads of the ICC and two hall designers were arrested. 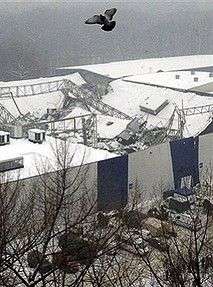