Castles of the Loire

The best, beautiful and wonderful castles in France are located in the Loire Valley, the birthplace of the French Renaissance. The interiors of the locks conceal large collections of masterpieces: furniture, tapestries, fine finishing. Here, everything is steeped in the history of the life of the French kings of the 16th century. The castles of the Loire are real masterpieces of architecture. There are over 300 medieval strongholds in the Loire Valley. In this letter we will present the 10 most beautiful castles of the Loire.

Chambord Castle is the largest and best known castle on the list of cultural and historical values of the UNESCO World Heritage. The fortress was built during the life of King Francis I, a hunting enthusiast. The brilliant architect Leonardo da Vinci was brought on special invitation. The length of the main facade is almost 130 meters. The castle has 440 rooms, 365 fireplaces, 84 staircases, 800 carved capitals and a wonderful terrace. 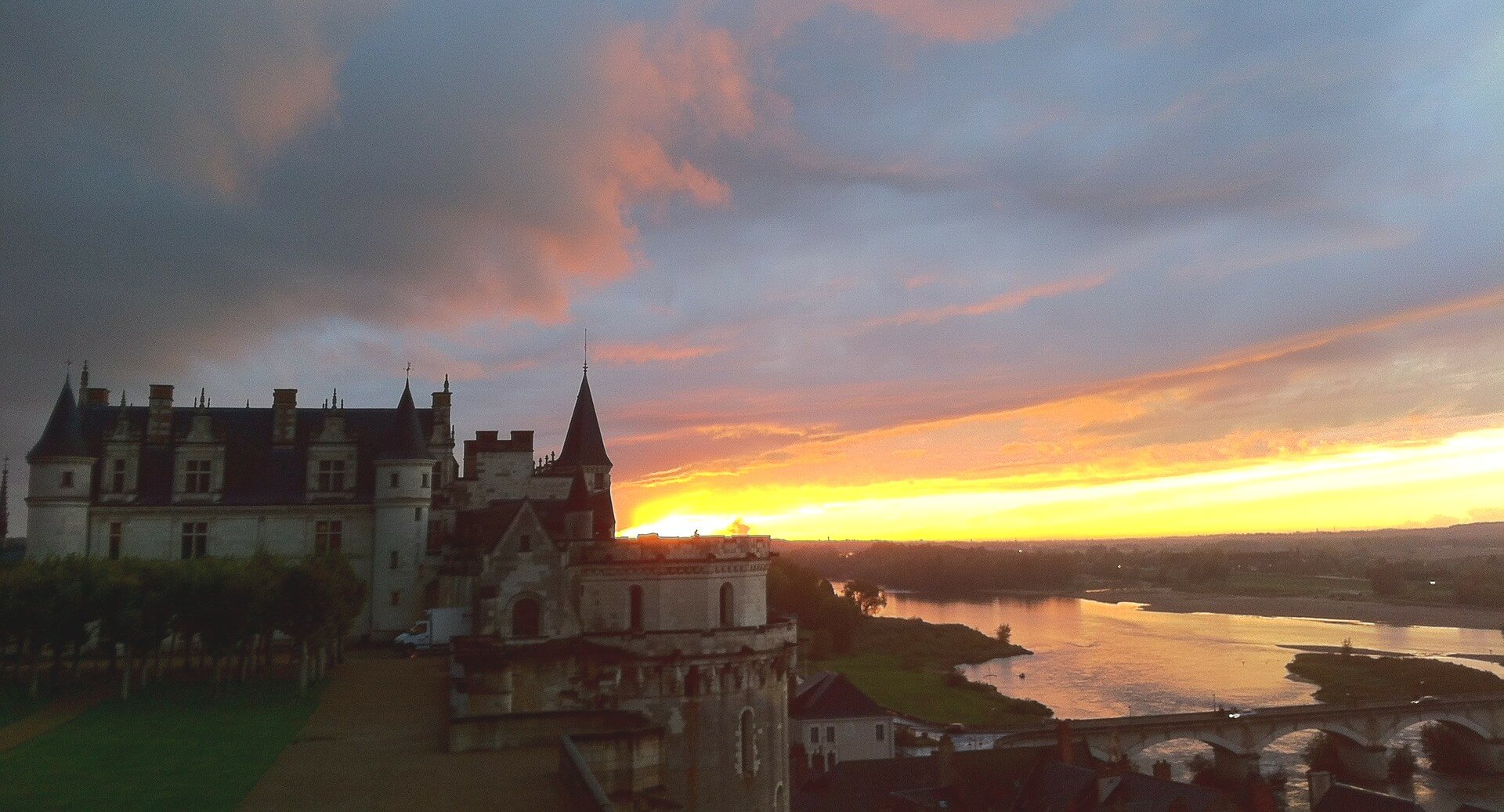 Blois Castle - a fortress built in the 13th century, known as the seat of Joan of Arc. This place was for over four centuries the favorite residence of the French kings. The castle of Blois consists of several buildings around the main courtyard. The main attraction is the tower with a spiral staircase. In 1841, under the leadership of King Louis Philippe, the fortress was classified as a monument. After the restoration, the castle was transformed into a museum and made available to tourists. 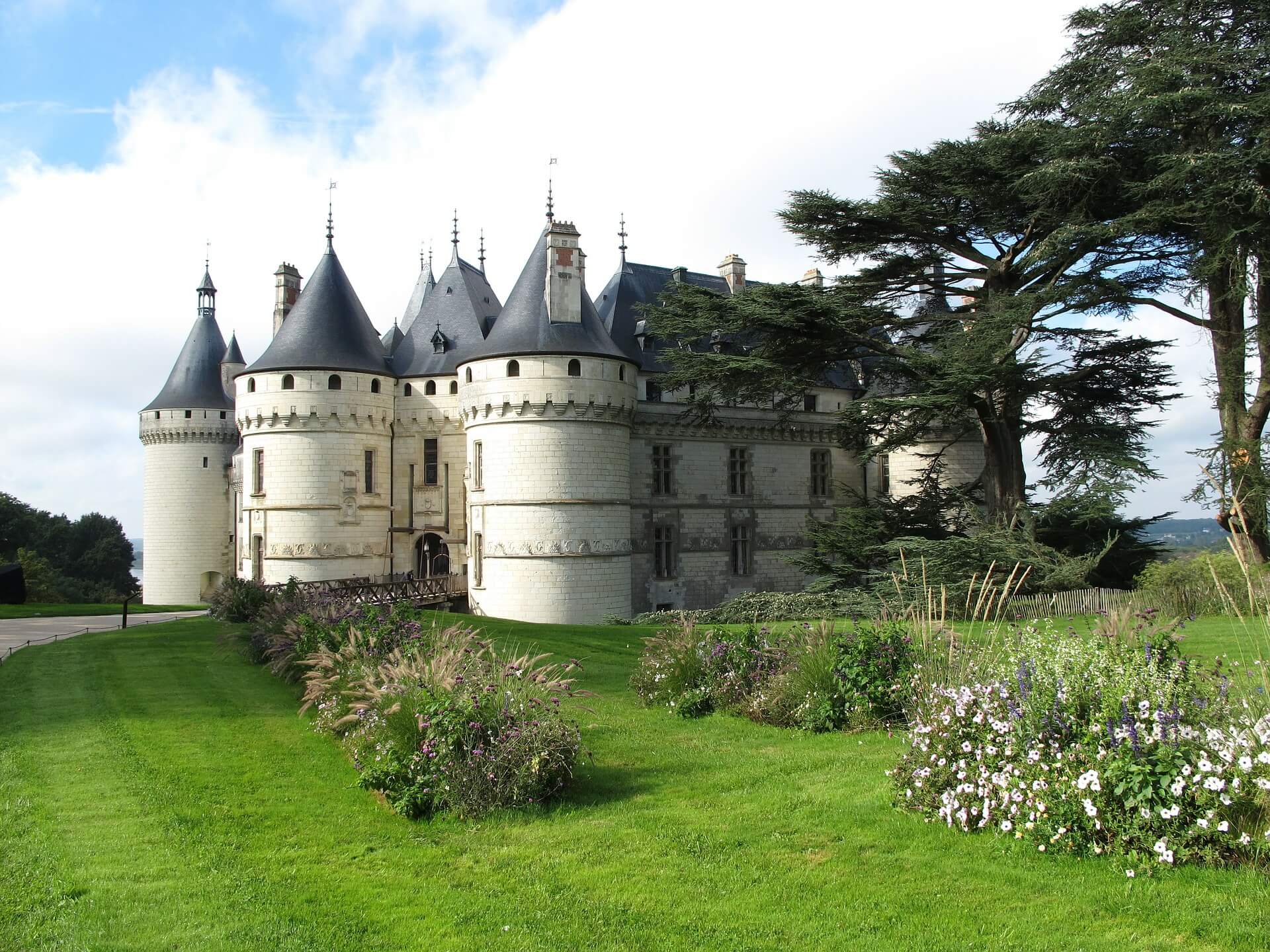 Chaumont Castle is a structure built on the edge of the escarpment. At the foot of the stronghold there are stone houses. The original castle was built in the 10th century, and at the order of the king it was destroyed in 1465. In the 16th century, the fortress was rebuilt. After several reconstructions, the castle has three cylindrical towers, and the courtyard is open towards the Loire. A drawbridge with two massive towers leads to the castle. In 1840 it was put into state ownership, and from 1938 it was open to guests. 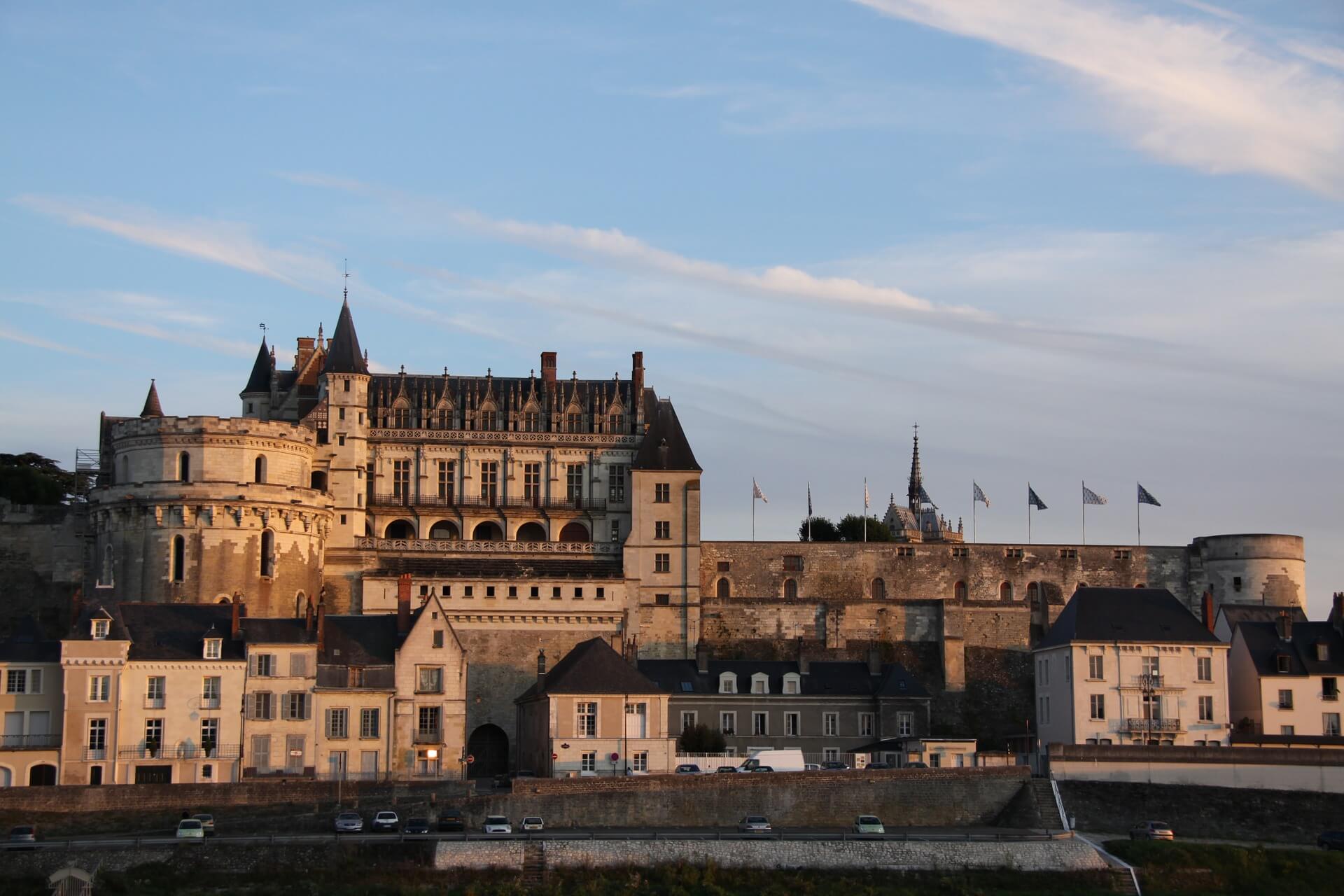 The castle in Amboise is directly related to the life story of three kings - Charles VIII, Louis XII, Francis I - and the famous Leonardo da Vinci. It was here in Amboise that the great Italian spent the last years of his life. The French Revolution did not spare the castle, so today we see only part of this majestic stronghold. The interior of the castle is well preserved, along with rare antique Renaissance style furniture. In Amboise there is a chapel in which Leonardo da Vinci was buried. 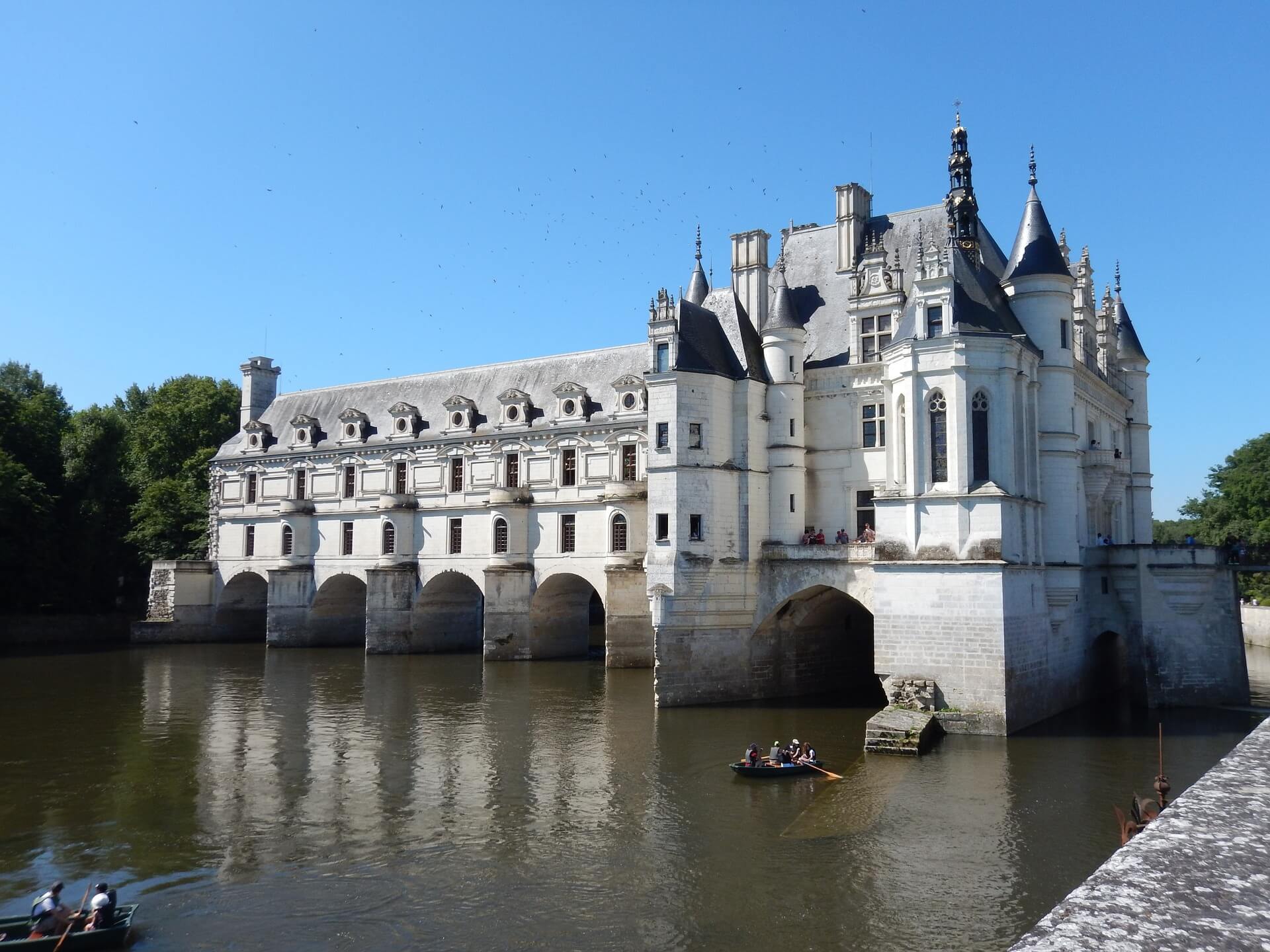 Chenonceau Castle is a gift from Henry II to Diane de Poitiers. The fortress was built directly on the river Cher. The building is known as Dam Castle - women had the greatest impact on the external and internal appearance. Chenonceau is not only an unusual architectural object, but also a wealth of history. Inside, you'll find furniture, wallpapers, decorative fabrics, paintings from the 16th and 17th centuries. The castle is surrounded by a magnificent French-style park. In addition to visiting the fortress, you can visit the Wax Museum, walk through the maze, taste wine. 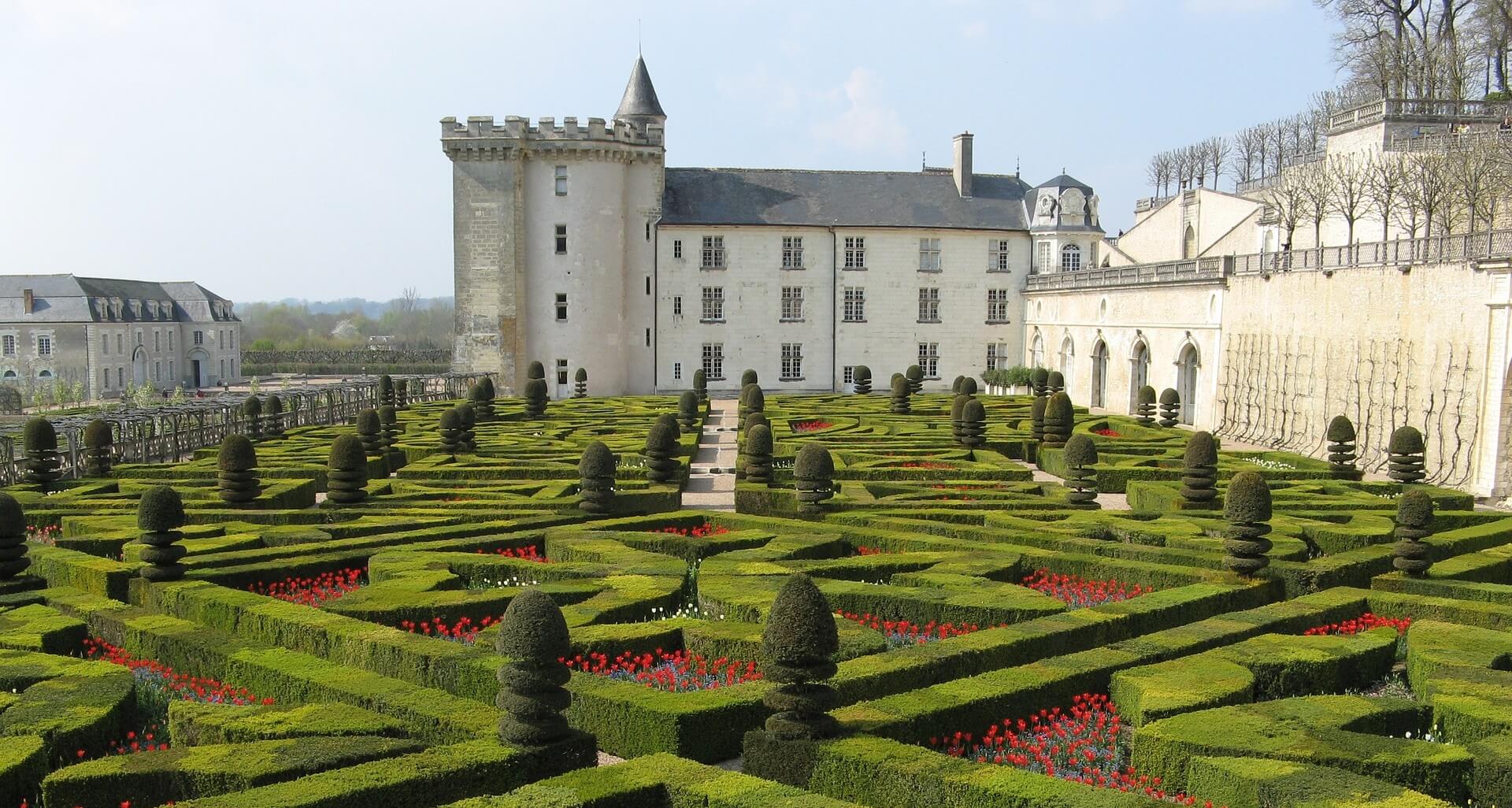 The castle in Villandry was built in the 16th century on the site of an old fortress. During the French Revolution, the fortress was confiscated and handed over to Józef Bonaparte. In 1906, the castle of Villandry was purchased by Dr. Joachim Carvallo. He brought works of art and unusual decorations into the building, and created a majestic Renaissance-style garden with numerous hedges around the castle. Currently, the fortress belongs to the Carvallo family, who decided to make it available to tourists. 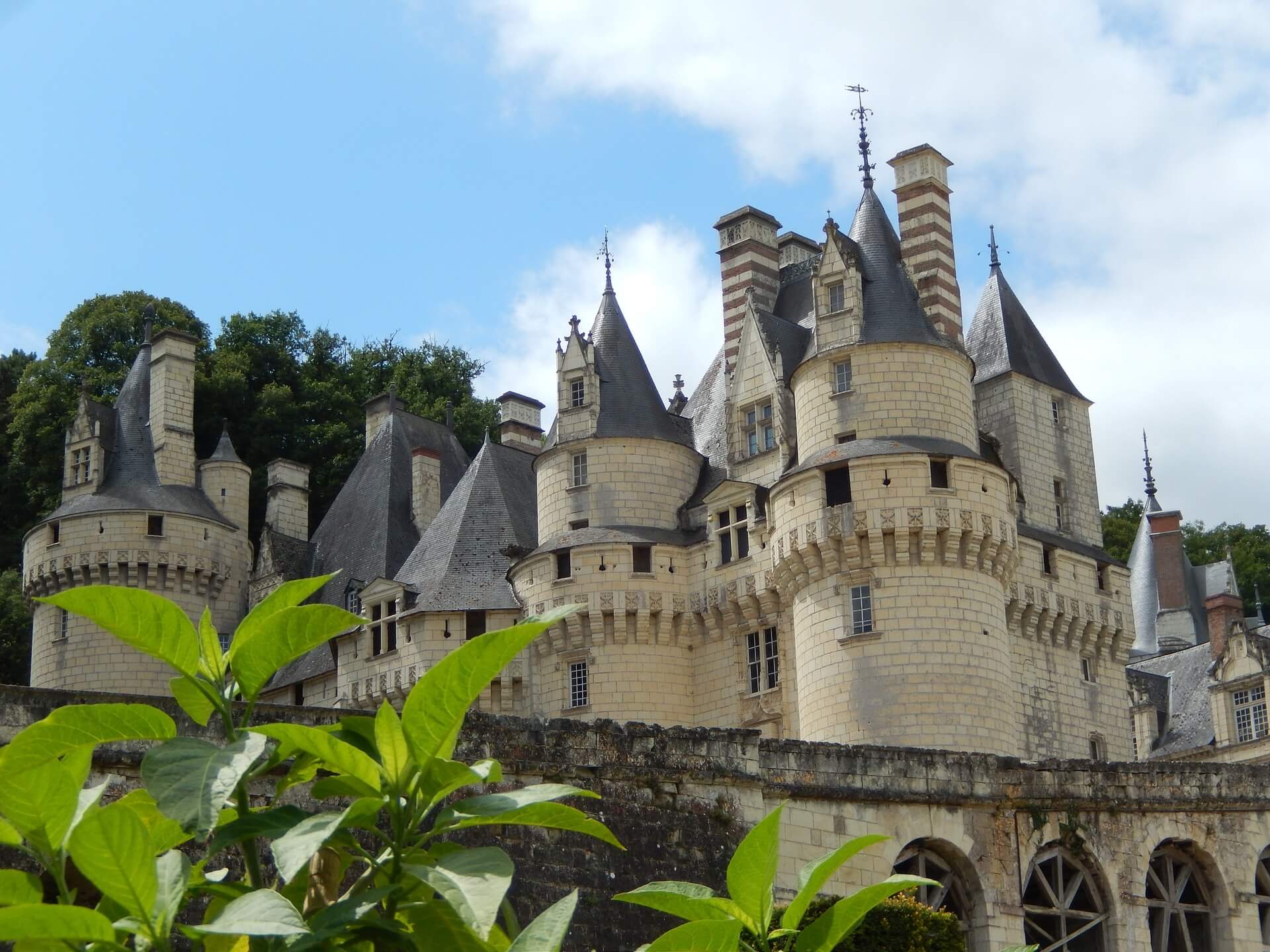 Castle in Usse - a fortress built in the 15th century for Jean de Bueil. The castle was built on the edge of the forest. It was probably this building that inspired the writing of the Sleeping Beauty. In the interiors we will find many elements related to the said fairy tale. In the borscht you can watch arranged senes, there is a small room with a spindle, a chamber presenting the moment of the baptism of the princess, the scene of the chubs after many years of sleep, as well as the secret chamber of the witch. The castle is the property of the princes de Blacas.

Castle in Chinon - unlike most castles in the Loire Valley referring to the Renaissance, this property is a real medieval stronghold. The main building was built in the 10th century, and later it was joined by several buildings that were a total of 400 meters long and 70 meters wide. During 6 years, from 2003 to 2010, large-scale conservation works were carried out in the castle. The fortress was opened with a unique interactive exhibition on the history of the castle. In Chinon there is a museum of Joan of Arc. 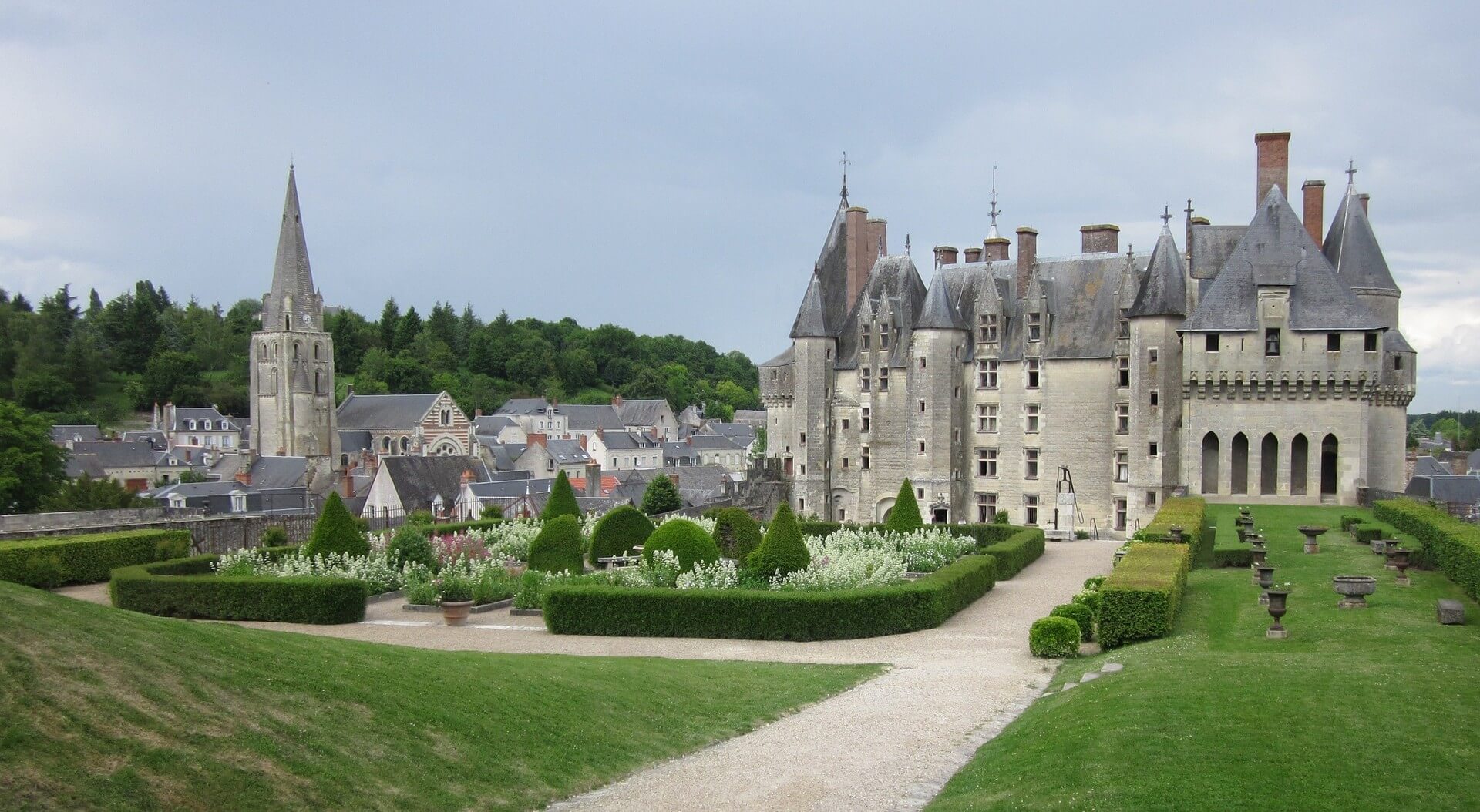 Langeais Castle was built in the 10th century for Count Fulko III. Initially, the building was to play a defensive role - to defend the city against attacks. During the reign of King Richard, Langeais castle gained importance and became a very important strategic point. The stronghold was destroyed during the Hundred Years' War, and the reconstruction was initiated by Louis XI. The castle has the status of a historical monument and is protected by the French Ministry of Culture. 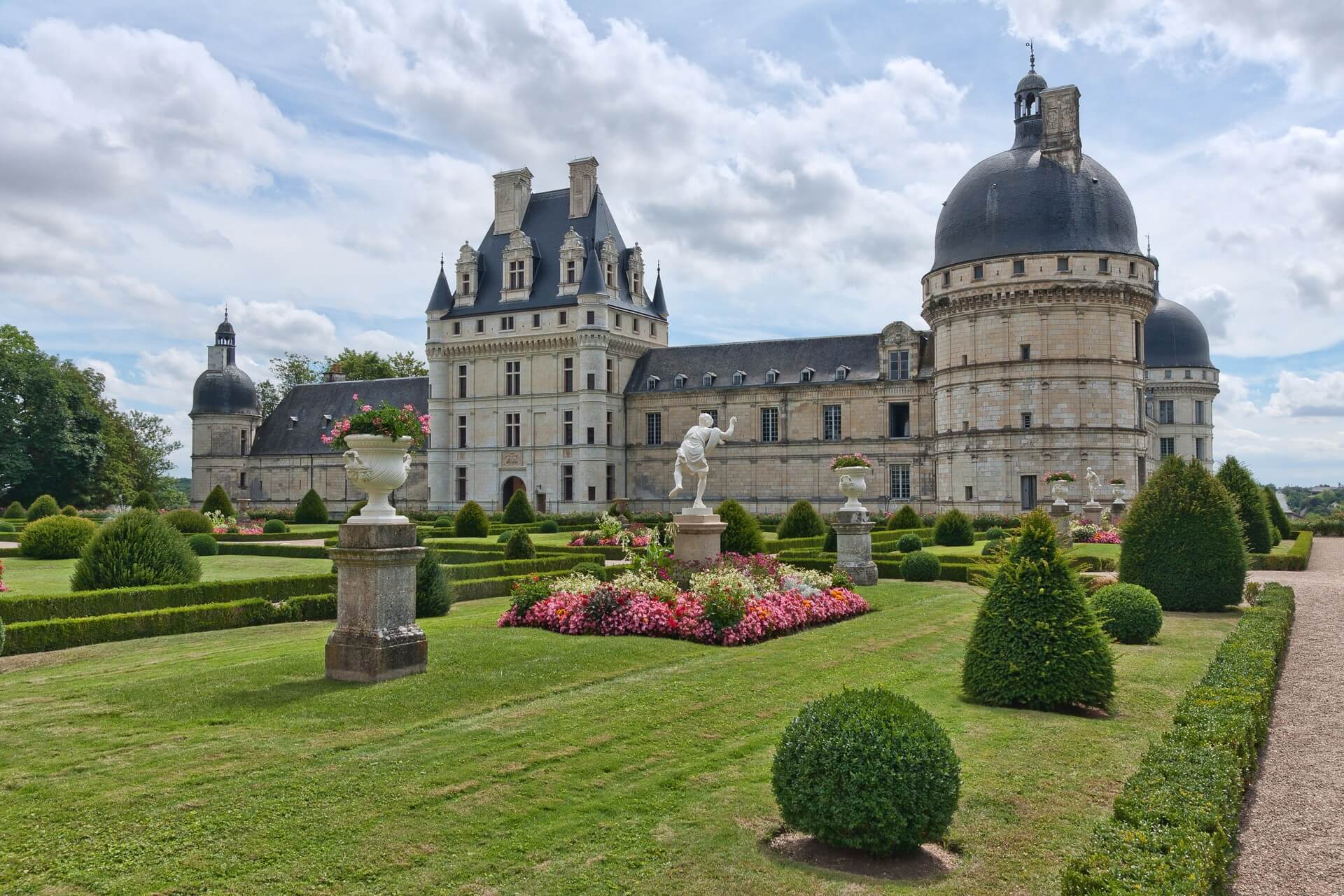 Valencay Castle lies on the Nahon River. Construction of the fortress took place in 1540, and it was completed only 200 years later. During the time of Napoleon Bonaparte, the stronghold became the place of exile. The Spanish king Ferdyad VII was among the prisoners in Valencay. The castle stored various works of art taken from the Louvre, including the ancient sculpture depicting Venus de Milo.

Presentation of all castles on the map: