In Vietnam, a new bridge was unveiled at Ba Na Hills, which immediately became a tourist attraction. Referred to as the "Golden Bridge" (Cầu Vàng), it is shaped like a thin golden structure along the edge of the cliff. The construction is supported by two massive stone hands designed to look like "giant hands of gods, pulling out a gold strip from the ground." 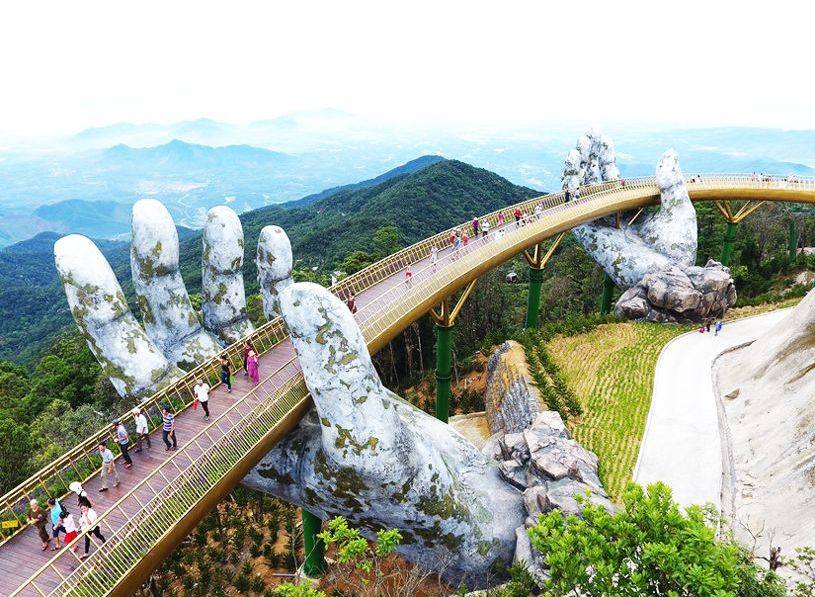 150 meters long and 1400 meters above the ground, the bridge is located near the city of Da Nang. The structure is divided into eight spans, along each circumference there is a line of flowers Chrysanthemum Lobelia and golden balustrades.

Da Nang was once an American military base during the Vietnam War, now combining the city, the beach and the mountains attracts tourists to the area.

Although the large arms supporting the bridge look like they were made of stone, they are actually made of metal painted with a patina imitating stone.

The unique architecture of the bridge makes tourists have the impression of walking in the clouds. There was also an extraordinary wedding fashion show of the Vietnamese Chung Thanh Phong Bridal, a show from the collection called "Clouds".

The designers of the bridge is the Vietnamese studio TA Landscape Architecture. The construction of the bridge lasted over a year, while the bridge itself is part of a larger investment, worth a total of $ 2 billion.

According to the South China Morning Post, plans are being made to build the Silver Bridge with a look reminiscent of a "range of divine hair" whose construction will be combined with the Golden Bridge. However, there are no exact plans and deadlines for its implementation yet. 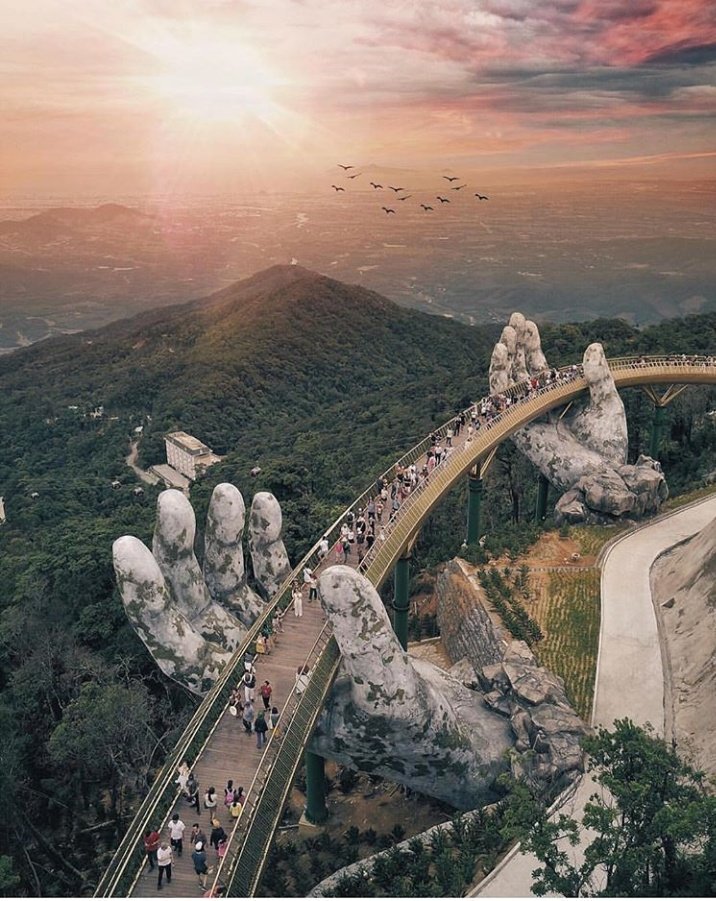 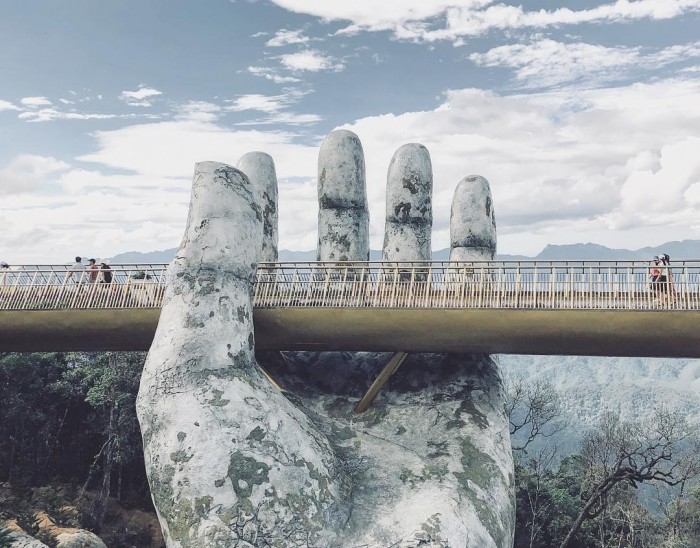 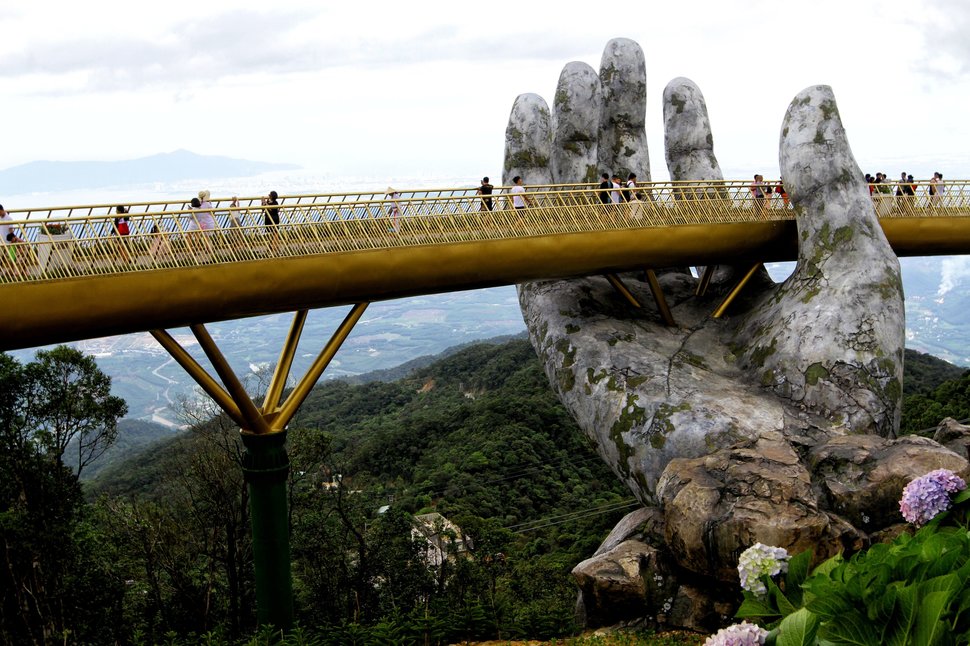 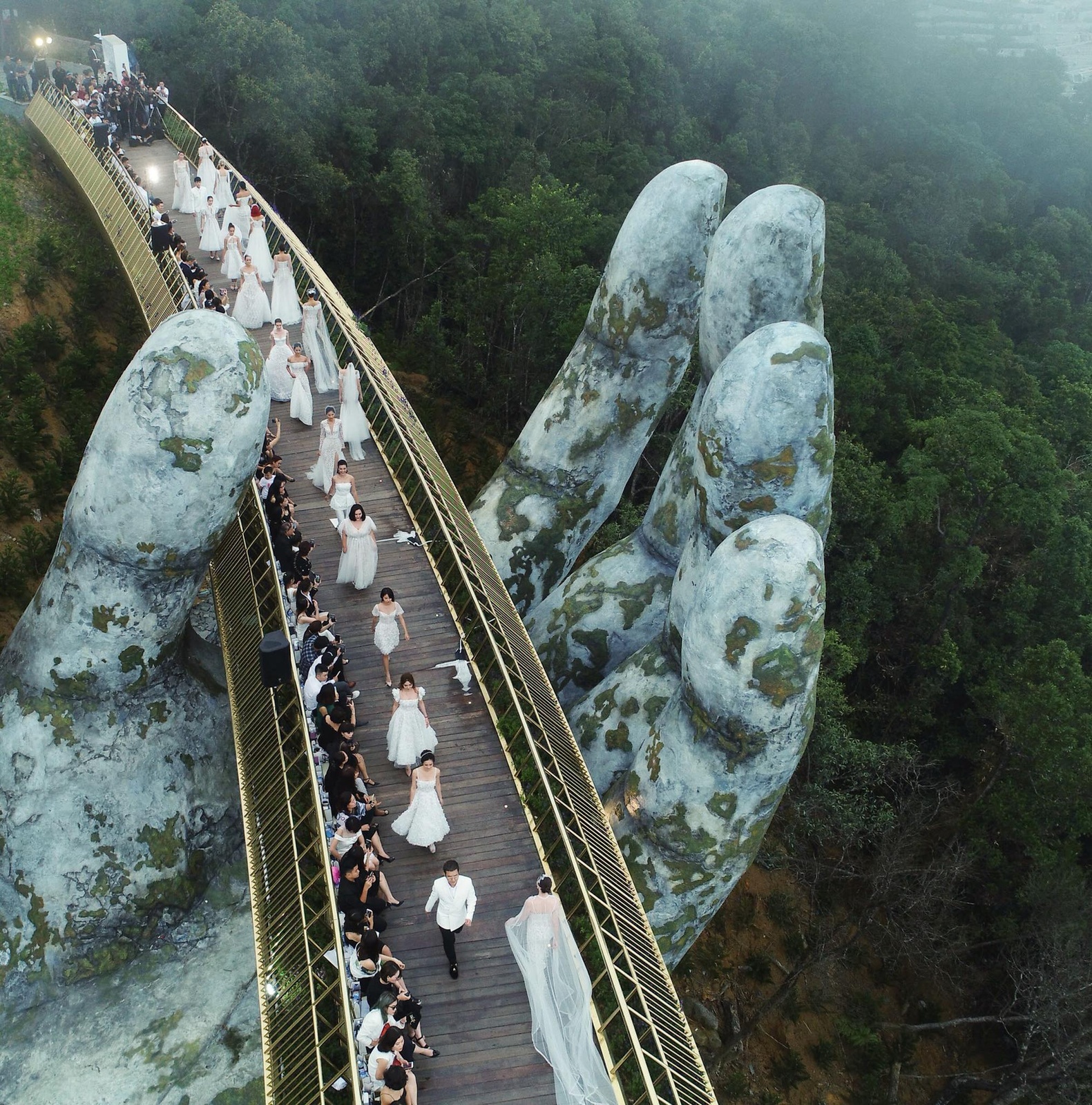 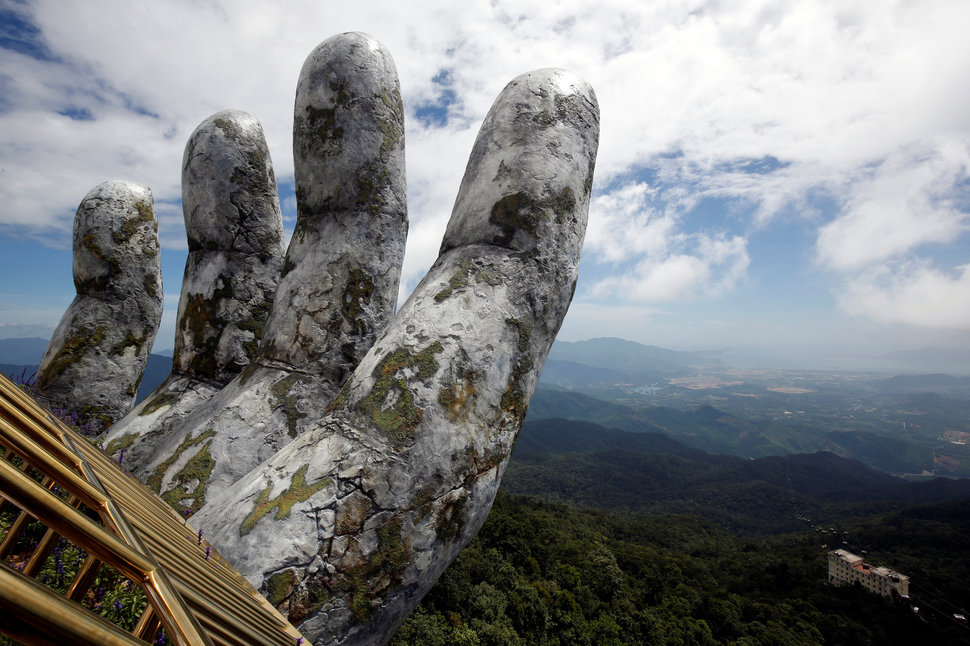 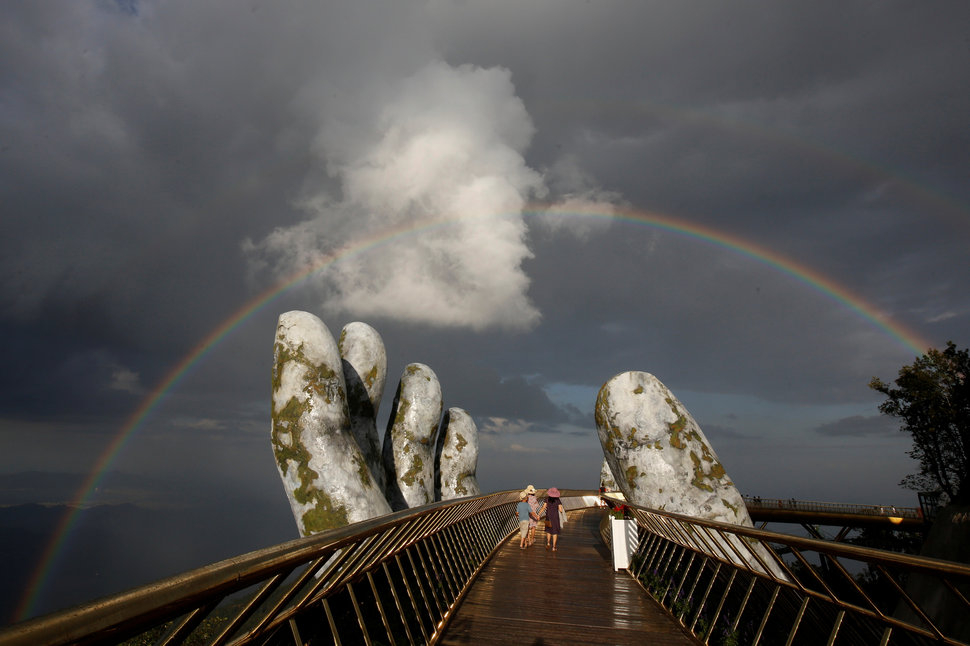 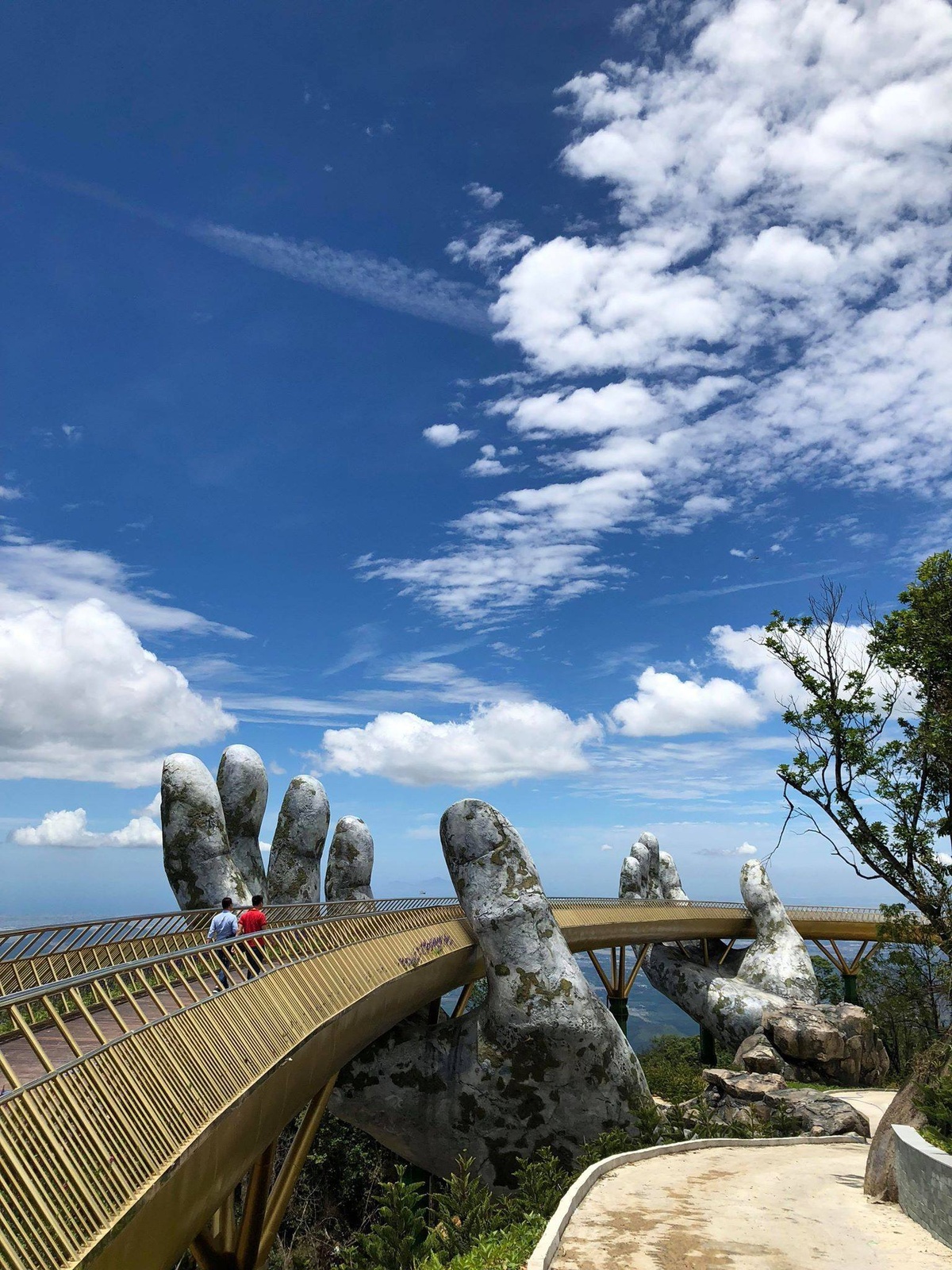 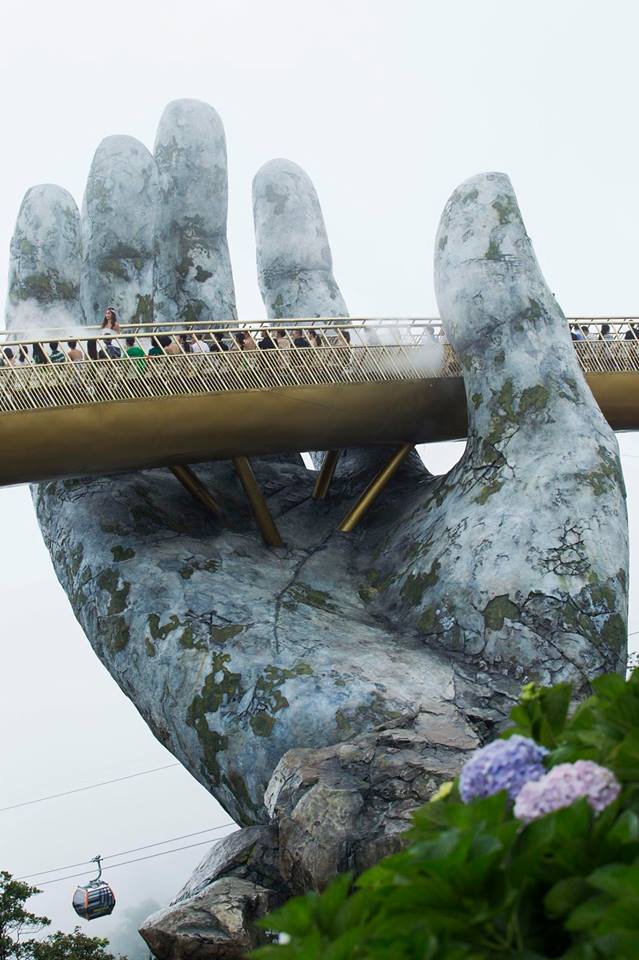 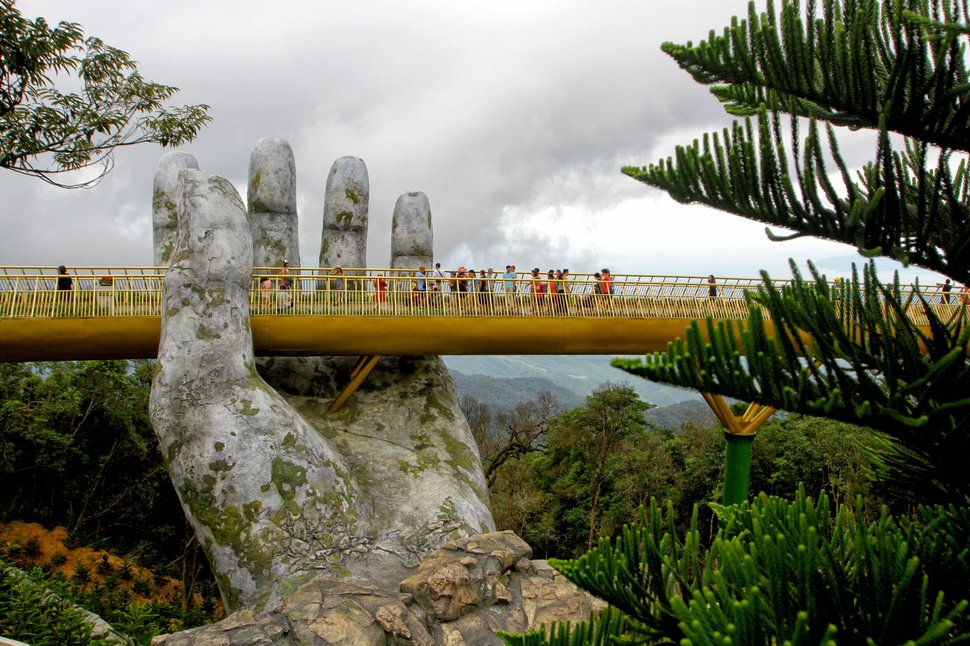 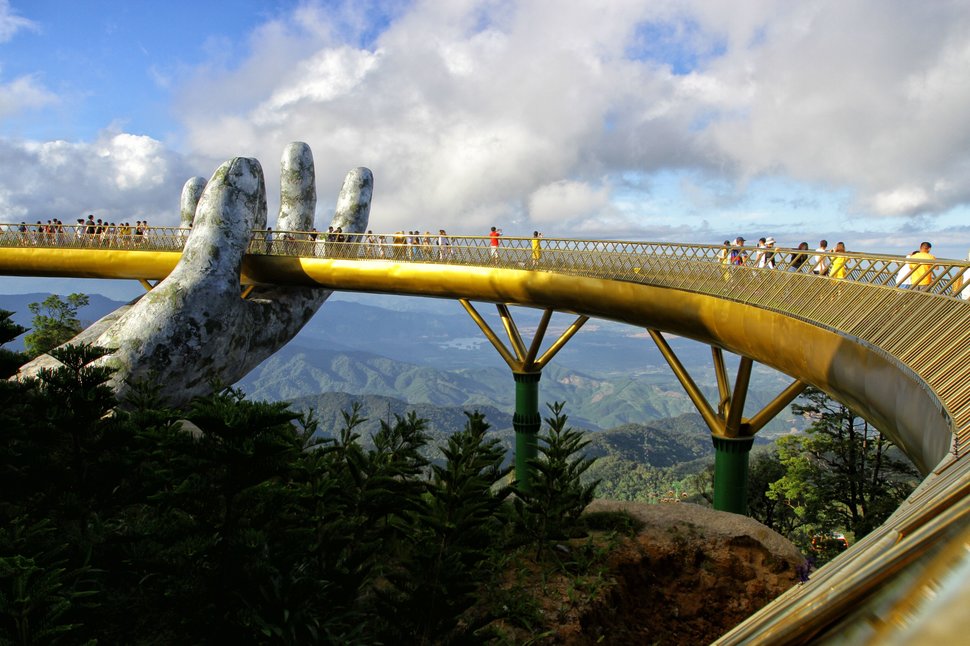 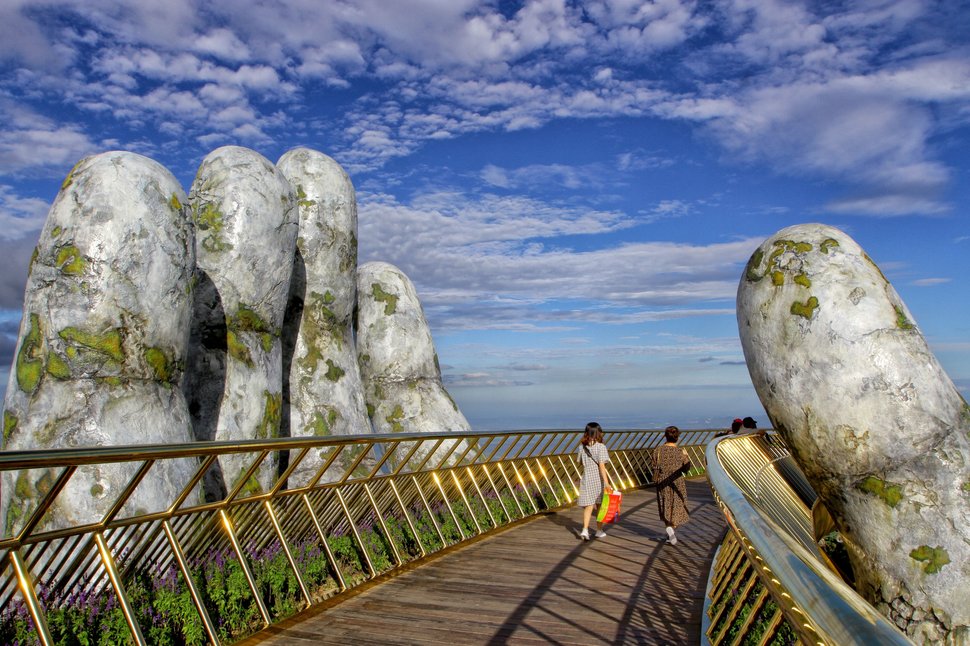