A replica of the Sphinx in China will be demolished

A replica of the famous Egyptian Sphinx located in a park in the suburbs of Shijiazhuang (northern China) was made by Chinese followers. Its dimensions are 30 meters high and 80 meters long, and the whole was made of steel rods and cement and then painted with a yellow color, in contrast to the original from Giza, which was made of huge stones.
The Supreme Council of Antiquities of Egypt lodged a complaint with UNESCO regarding Chinese imitators. In response, representatives of the park apologized and informed that they did not intend to hurt the feelings of the Egyptians, and the replica was to serve as a temporary "decoration" used in film and television productions and that it would soon be torn down.
Chinese parks often attract tourists with replicas of famous places, among which you can find eg a replica of Mount Rushmore in a park near Chongqing, a replica of Paris monuments, including the Eiffel Tower and the Versailles fountain in Hangzhou, or a copy of the Austrian village from the UNESCO World Heritage List - Hallstatt in the southern province of Guangdong. 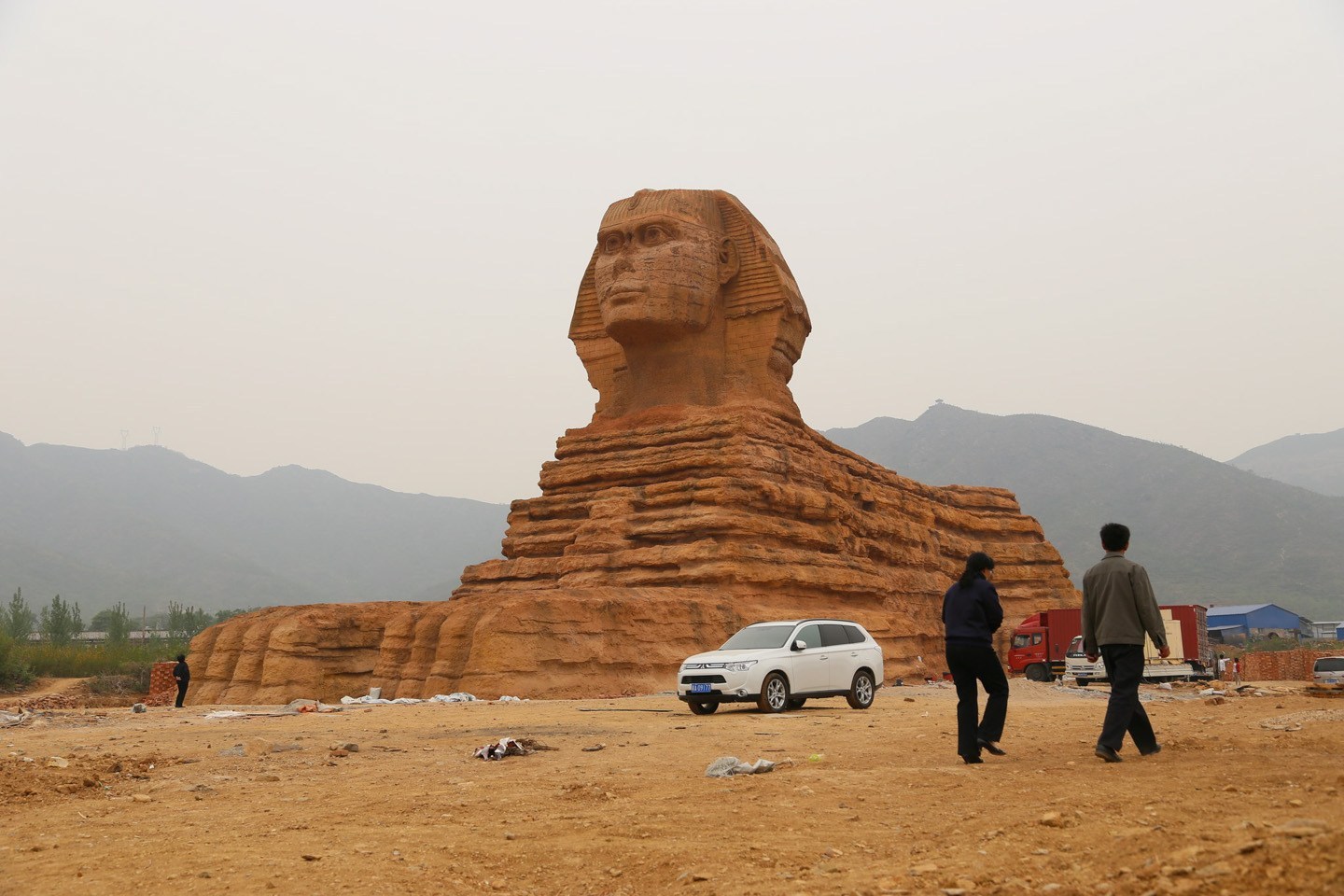