25 amazing concert halls in the world

There are hundreds of concert halls in the world. Most of them impress viewers with their appearance - both external and internal, and most importantly they have perfect acoustics. These buildings are real masterpieces of architecture, which you can not pass unselfishly. We decided to make a list of the 25 most beautiful concert halls from around the world. 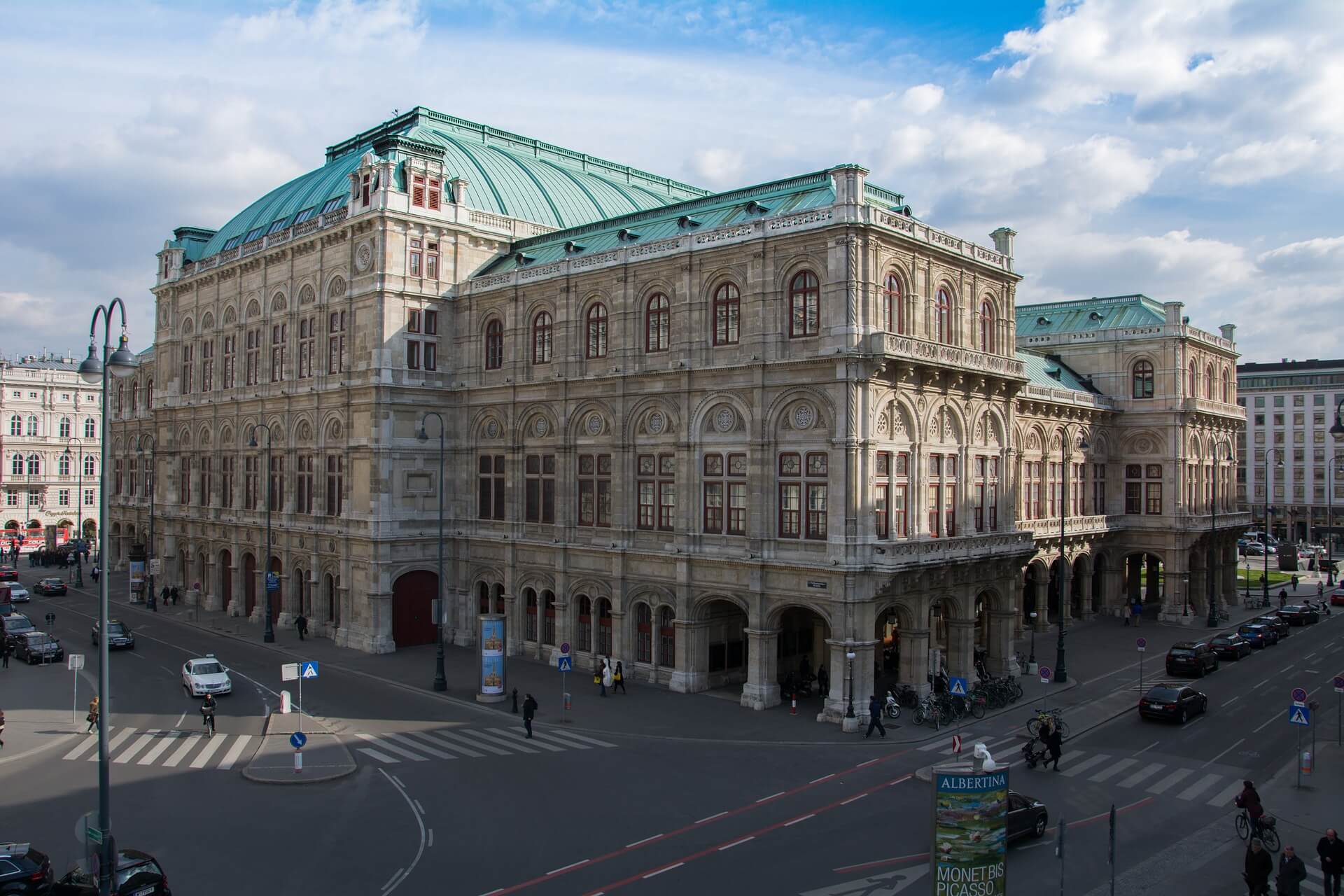 The Vienna State Opera was built in 1869. Unfortunately, during the difficult years of the occupation of Austria, the theater experienced a serious decline in interest. In 1945, when the bombing of Vienna, the building was destroyed, it was rebuilt after 10 years. Opera gained a completely new audience and stage equipped with the latest technical solutions. Operas, ballets, balls and other important events are staged here. 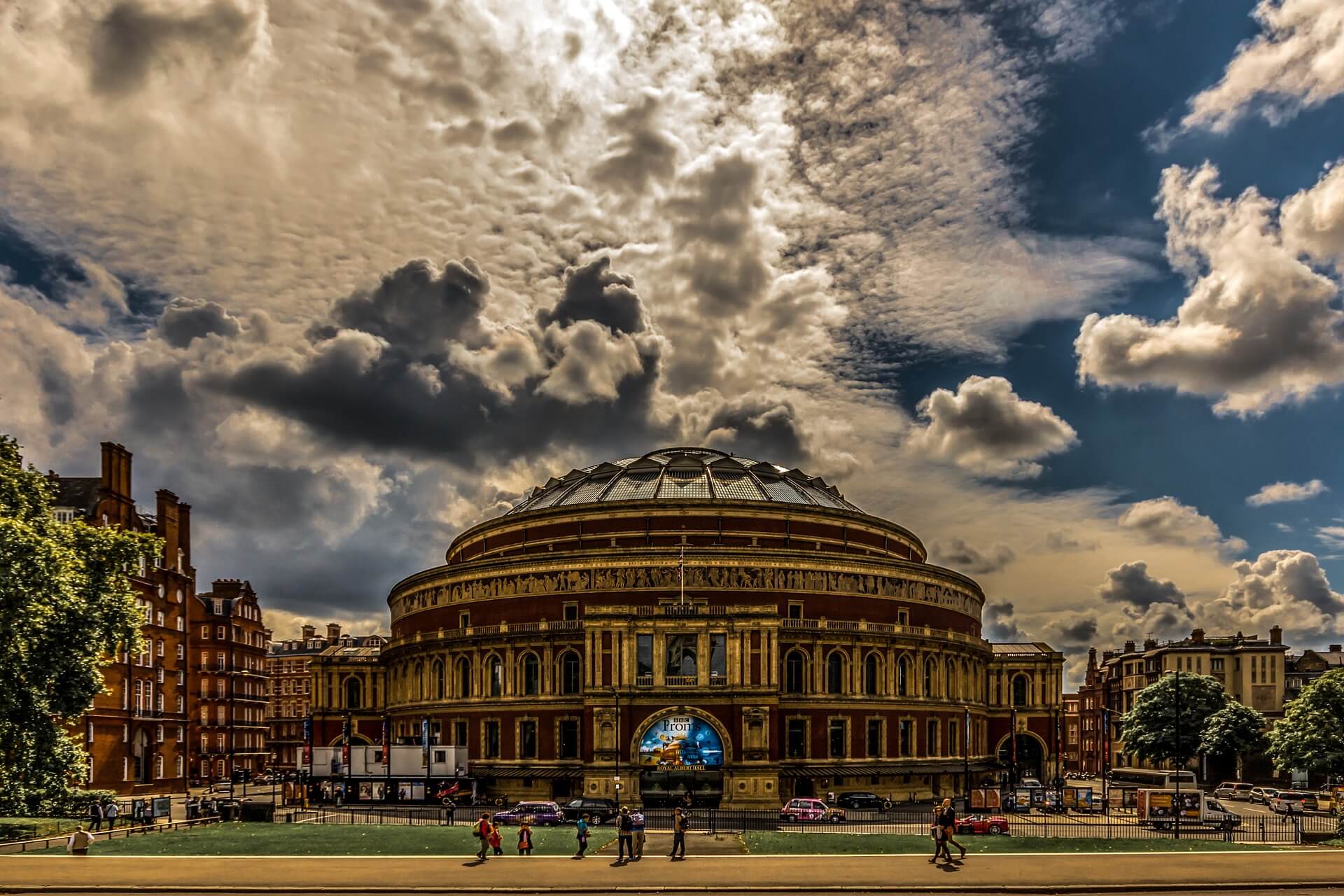 Albert Hall is the most prestigious concert hall in Great Britain. The building was built in honor of Prince Albert in 1871. The hall's extraordinary popularity means that around 350 cultural events take place here each year, including classical music concerts, operas, ballets, charity concerts, ceremonies and banquets. The facade of the building is made of red brick and decorated with sculptures. The culmination of this beautiful concert hall is a huge glass dome at the top of the structure. 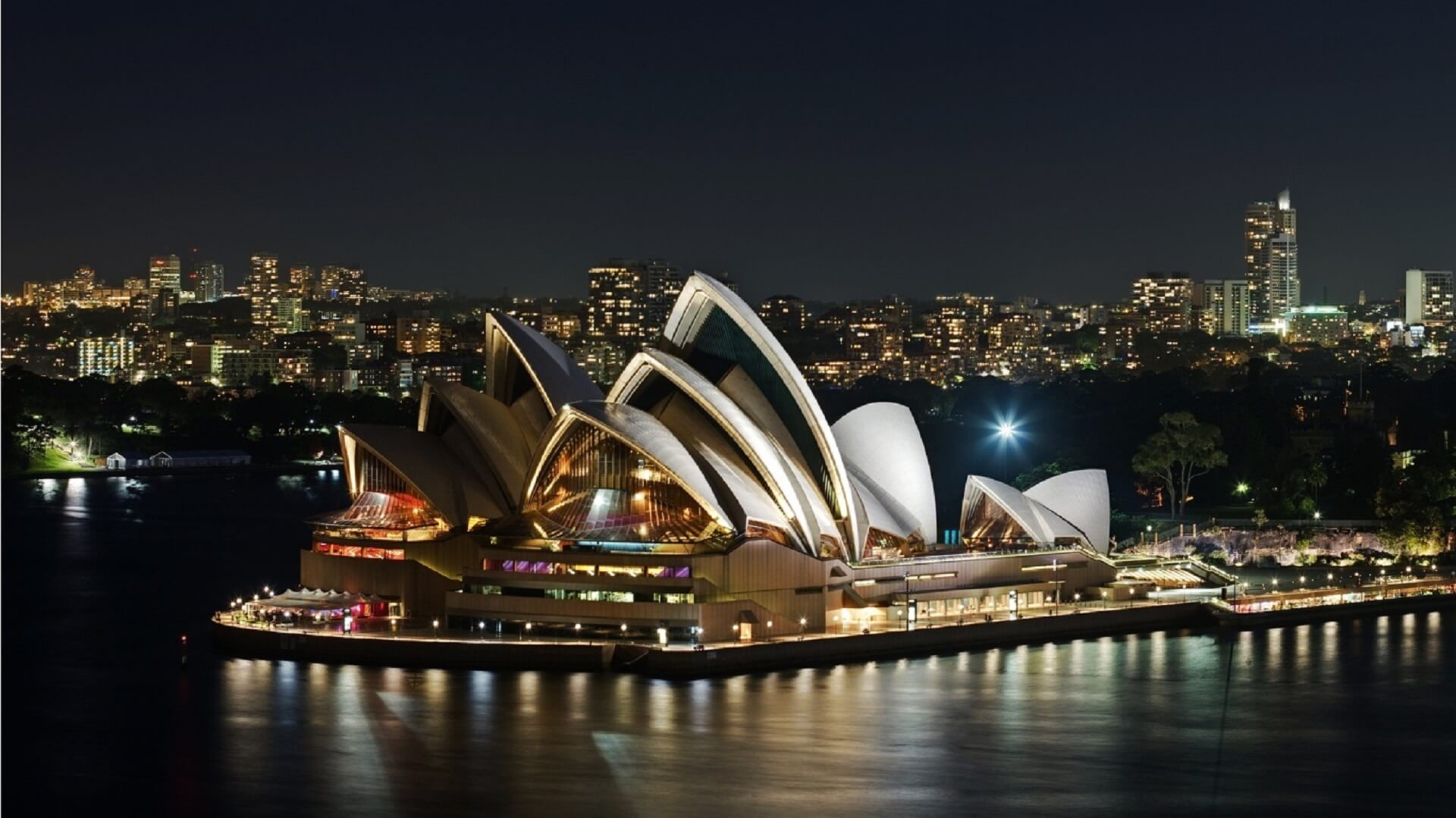 Sydney Opera House is one of the most famous operas in the world, built in 1973. The designer of buildings in the style of modern expressionism is the Danish architect Jorn Utzon. The Sydney Opera House is the main attraction of the entire continent. The two largest sets of shells form the ceiling for two halls: concert and opera. In the halls, ceilings are created with the help of smaller vaults. On June 28, 2007, the Sydney opera house received UNESCO World Heritage status. 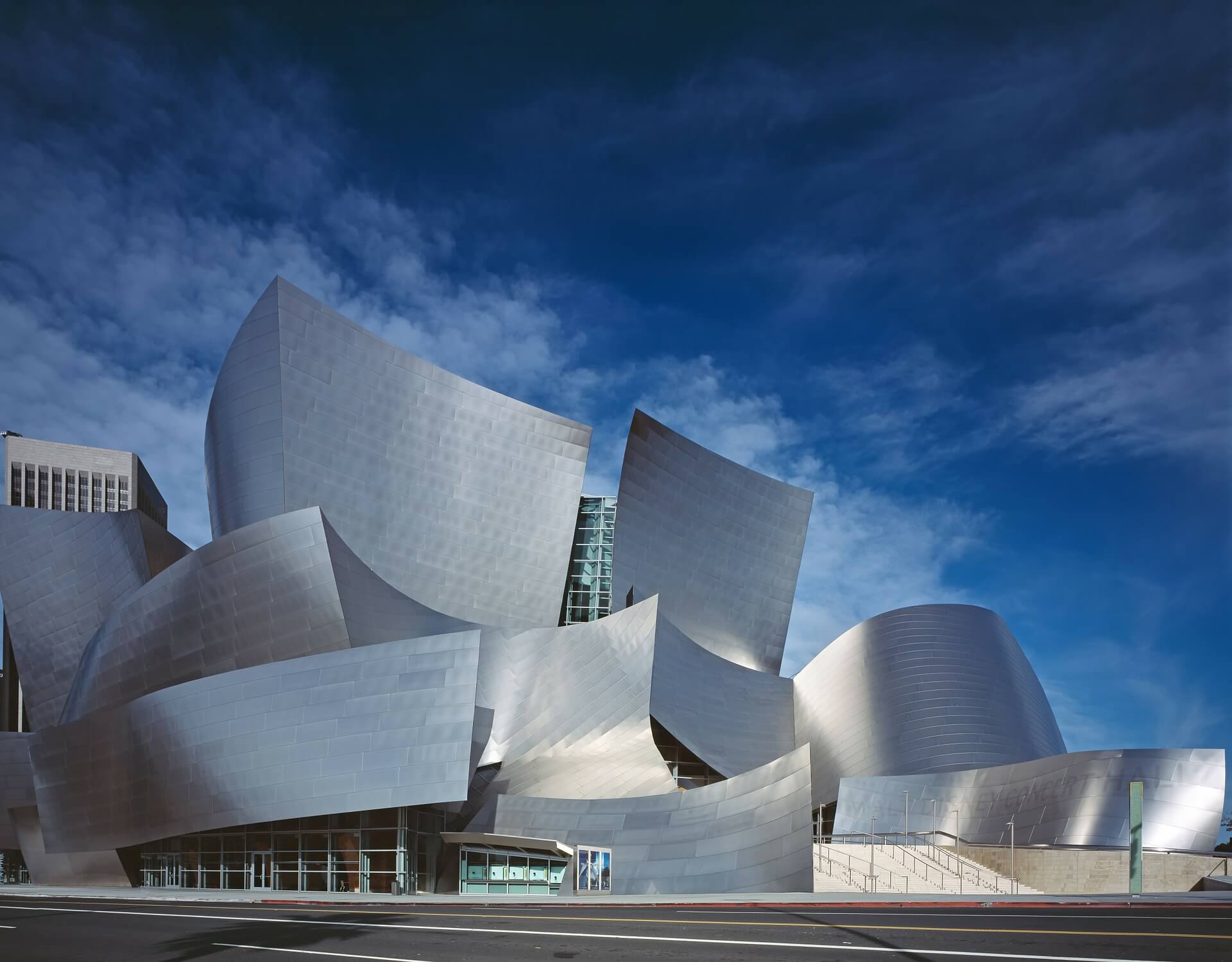 Walt Disney Concert Hall is a concert hall in Los Angeles. The creator of the building is the famous American architect Frank Gehry. The concert hall was created in 2003 thanks to the money of private investors, donations and support of The Walt Disney Company. The building can accommodate 2,265 people. It is currently the seat of the Los Angeles Philharmonic orchestra and the Los Angeles Master Chorale. The hall has an extremely modern metallurgical construction. 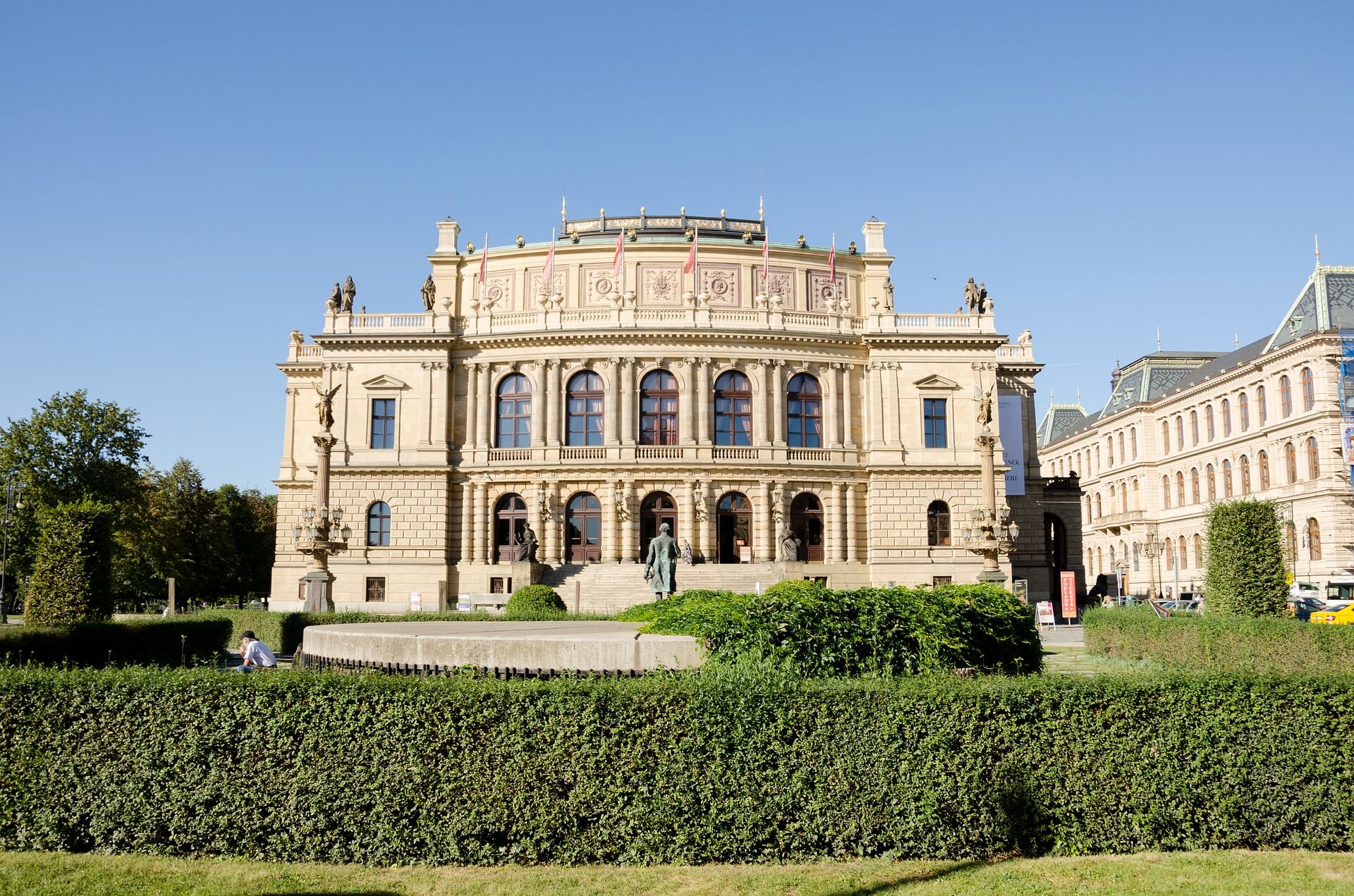 Rudolfinum is a music auditorium and art gallery in Prague. The building in the neo-Renaissance style was opened in Prague in 1885. The designers of the building are Josef Zítek and Josef Schulz. The hall was named Rudolfinum in honor of the Austro-Hungarian Prince Rudolf, who personally attended the opening ceremony. Rudolfinum is one of the oldest concert halls in Europe and is famous for its excellent acoustics. The building also has the Rudolfinum Gallery - an art gallery that focuses mainly on contemporary art.

The Beijing National Theater, despite numerous failures and suspension of works at the design stage, was built in 2000. The construction of the building resembles a huge drop of water or a flying saucer. The unusual appearance of the theater was positively received by the majority of local residents and tourists. The National Theater is a dome with a length of 212 m and a height of 47 m. The building is located on the surface of an artificial lake and is introduced into it by underwater tunnels with a transparent ceiling. Inside the building there are three rooms for 6500 spectators. 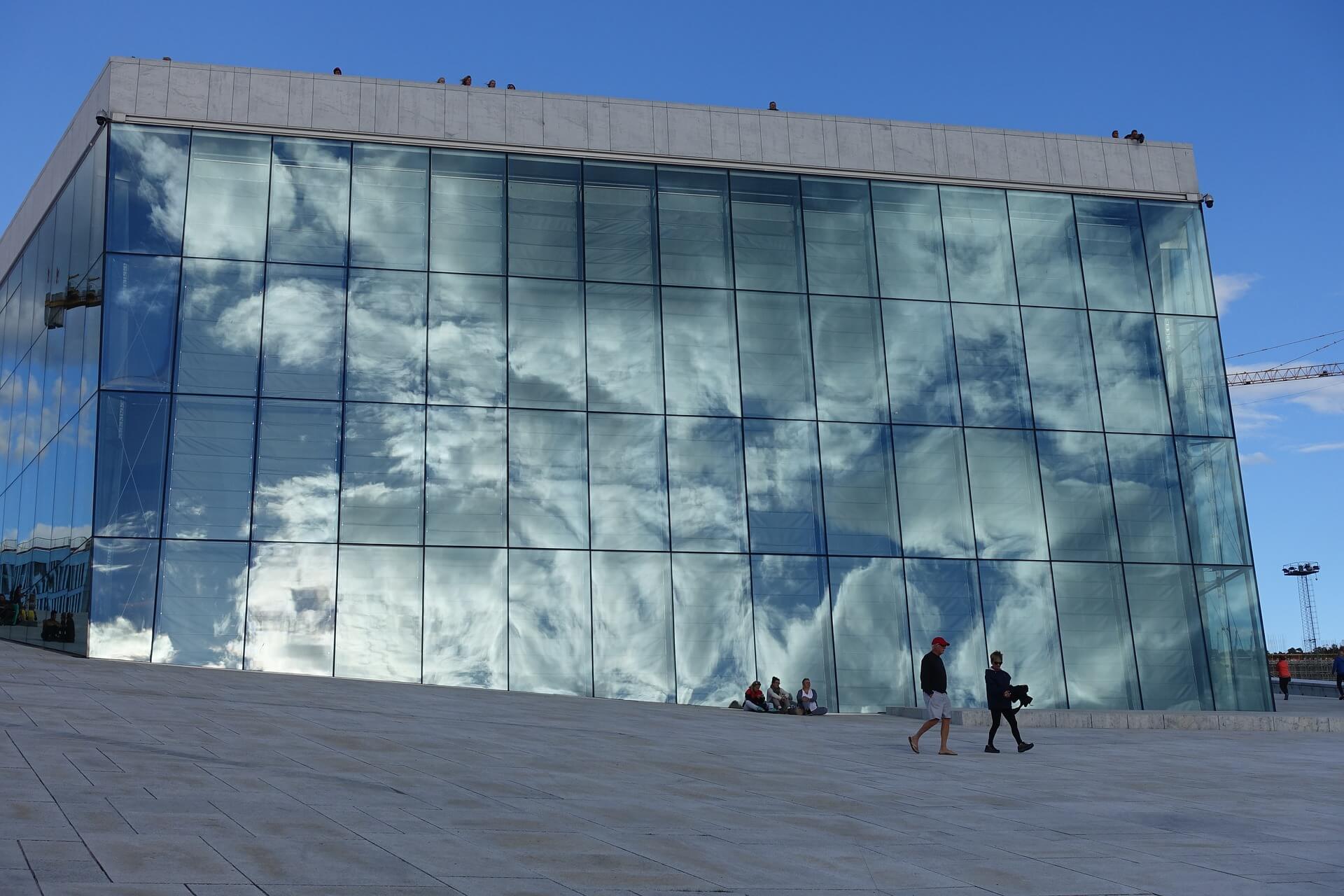 The ultra-modern opera house in the center of Oslo was designed by the world-famous architectural studio Snøhetta in 2007. The task of the architects was to design the building that would fit in with the city's character, fjords and coastal areas of seaports. The main opera hall is intended for 1350 people and has a classic horseshoe shape that allows you to achieve the best acoustics. The main feature of the object is a sloping roof, gradually descending to the ground.

The official opening of the new concert hall in the Danish capital took place in 2009. According to the author of the project, Frenchman Jean Nouvel, the concert hall is not only a theater and musical building, but a special facility with open terraces, bars and restaurants. Inside the building there are four studios equipped with the latest technologies, each furnished in a unique style. The largest concert hall with a capacity of 1800 spectators is located in the upper part of the facility. 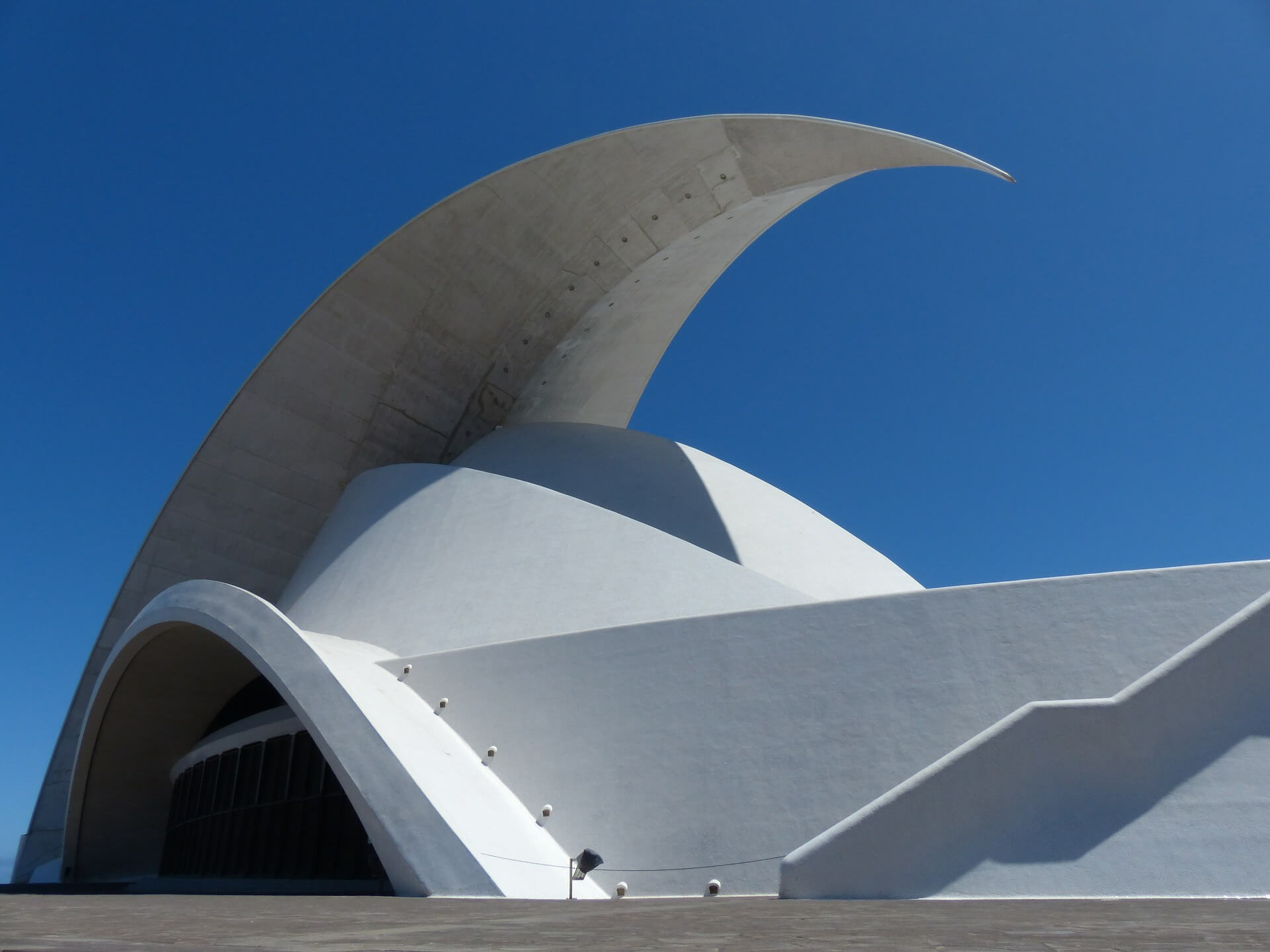 Auditorio de Tenerife is one of the most recognizable buildings in Spain, designed by Santiago Calatrava. The construction of an amazingly interesting opera was completed in 2003. The construction of the building is simply amazing - one curved roof 100 meters long and weighing 350 tons. The opera house has two rooms - for 1616 and 424 places. The interior of the room can be accessed from both sides of the building. In addition, the Auditorio de Tenerife offers its guests the opportunity to spend time in harmony with nature on special terraces overlooking the sea. 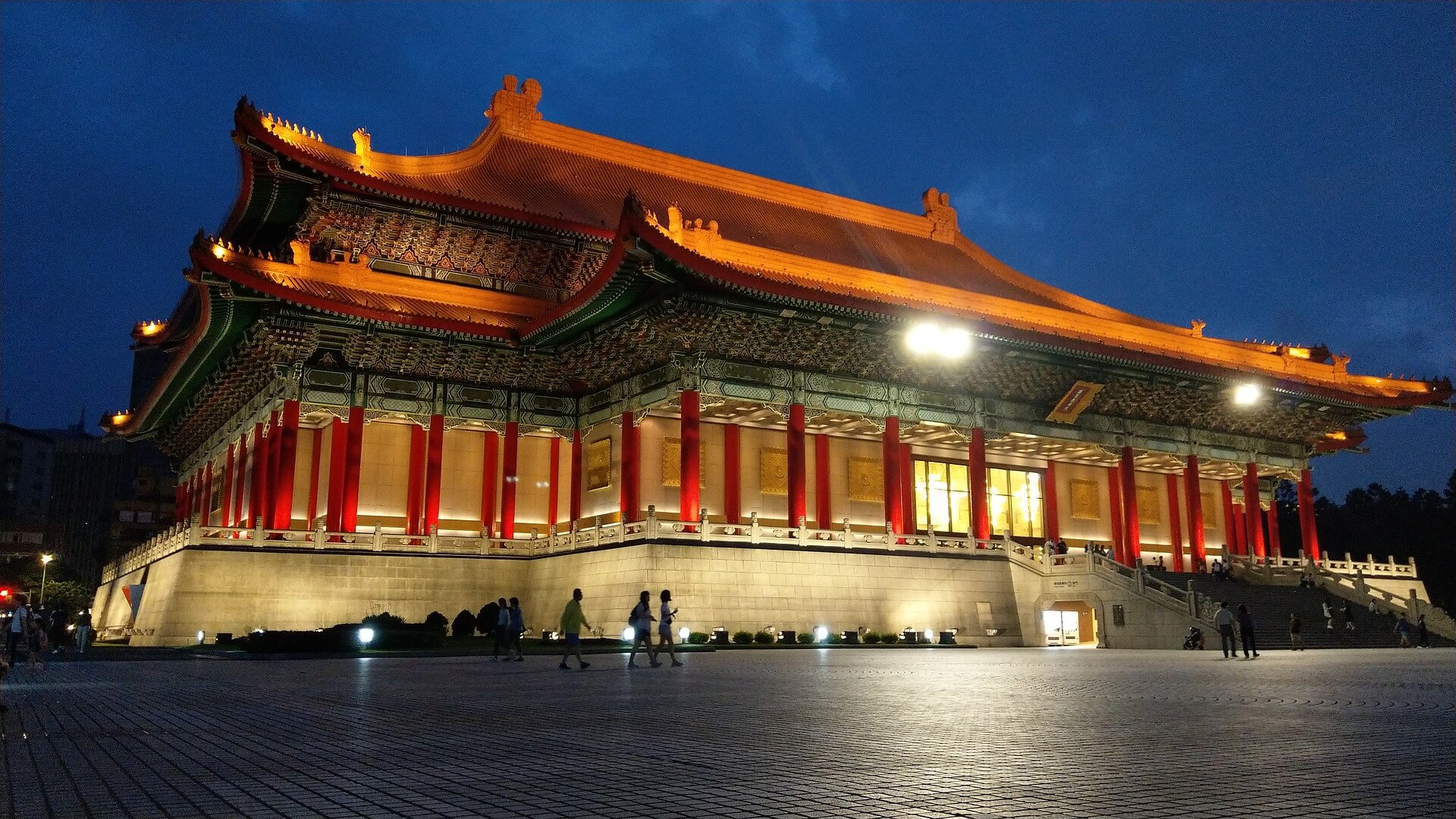 The construction of the National Theater in Taipei, Taiwan was completed in 1987. The complex consists of two buildings: the main with a theater and concert hall and an art gallery with shops, restaurants, a library and a large souvenir area. The cultural center's program is incredibly diverse - from Kabuki theater to Shakespeare plays, from Verdi to African dance, from American jazz to Latin dance. Meetings of officials and diplomats are also held here. 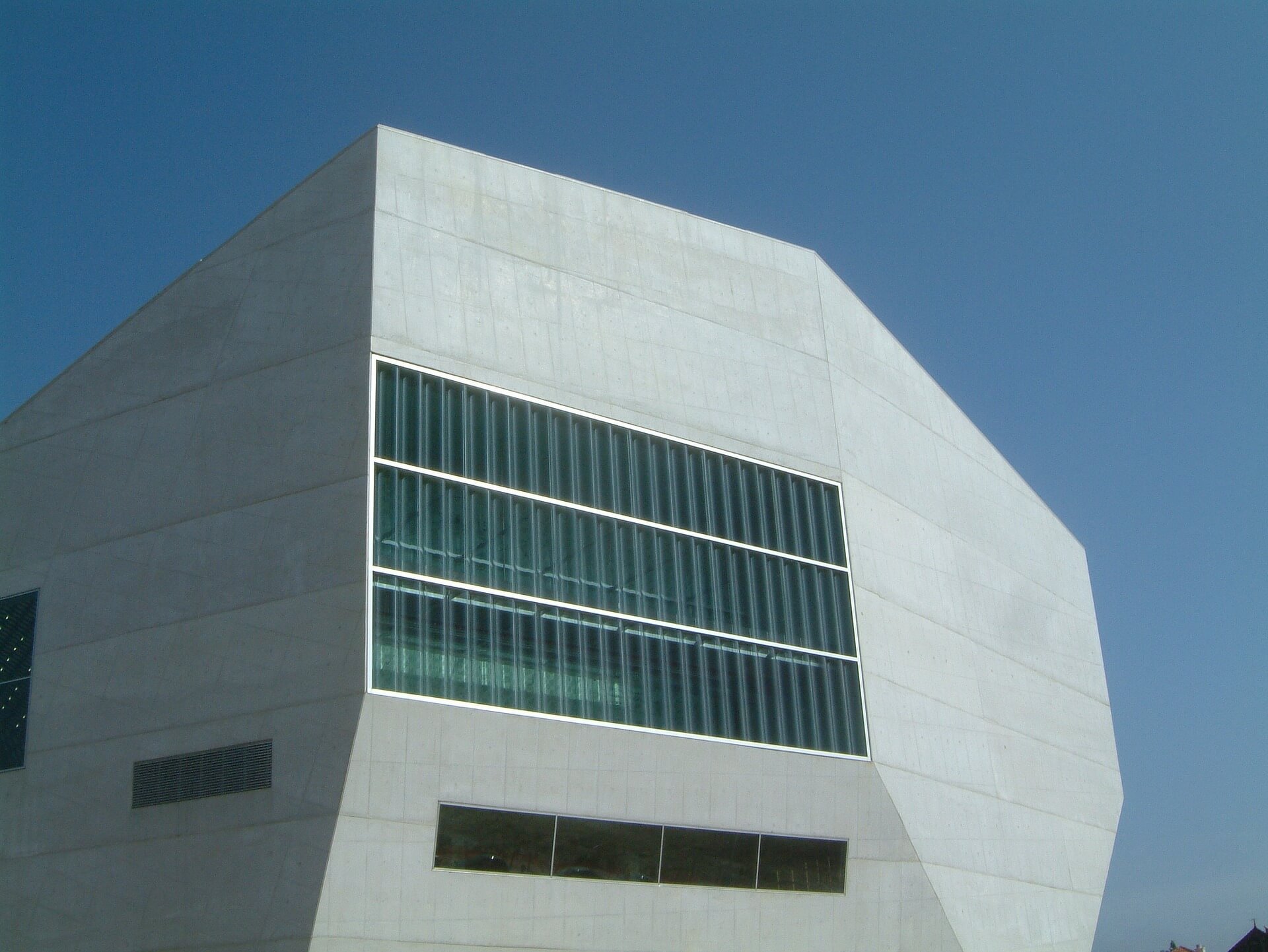 Casa da Musica was built in the center of the city of Porto, and its designer is the Dutch architect Rem Koolhaas. The construction of the concert hall resembles a huge, modern building with bevelled walls. Many people jokingly compare an object to a piece of refined sugar. The interior of the object is surprising - the internal walls adjoin each other and intersect at an entirely different angle than the external structure. The main hall can seat over 1,200 spectators. The Casa da Musica has additional space for 350 people and a rehearsal room. 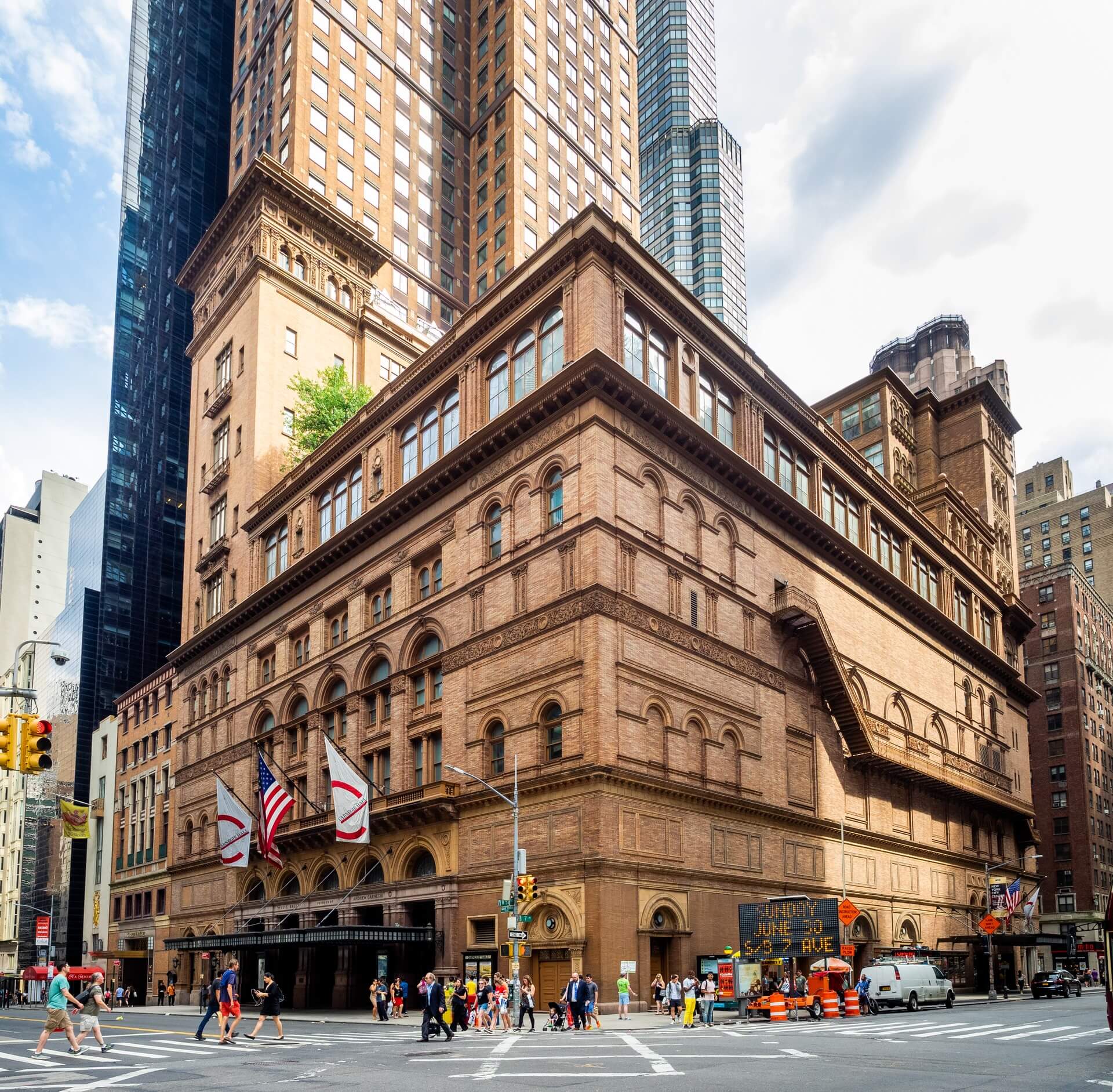 Carnegie Hall is a concert hall, located in the center of Manhattan, and was built in 1891. Today - it is one of the most prestigious places of classical music. Carnegie Hall includes three rooms with a total capacity of 2804 seats. The building was renovated and modernized twice - in 1983 and 2003. Classical music legends such as Dvorak, Strauss, Tchaikovsky, Rachmaninov, Stravinsky and many others performed on the New York concert hall stage. 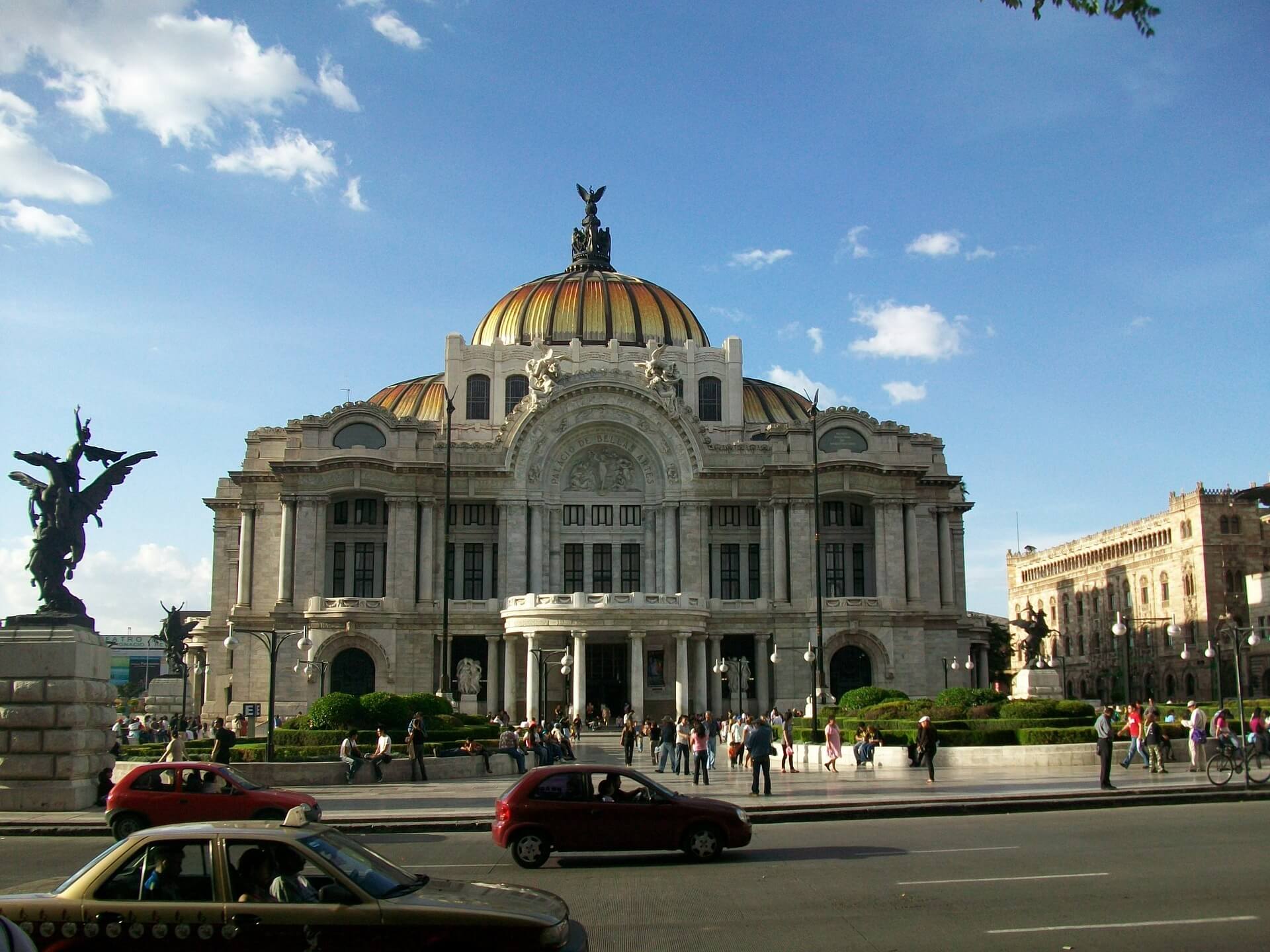 The Palace of Fine Arts was built in the capital of Mexico in 1934. The building is an example of mixing architectural styles of Beaux Arts and Art Deco, as evidenced by marble walls and interior design. Concert halls occupy a large part of this amazing facility. Many tourists visit the Palace only to see and hear the best opera and ballet performances performed by Mexican artists. The building also housed the Museum of Architecture and the National Museum of Fine Arts. 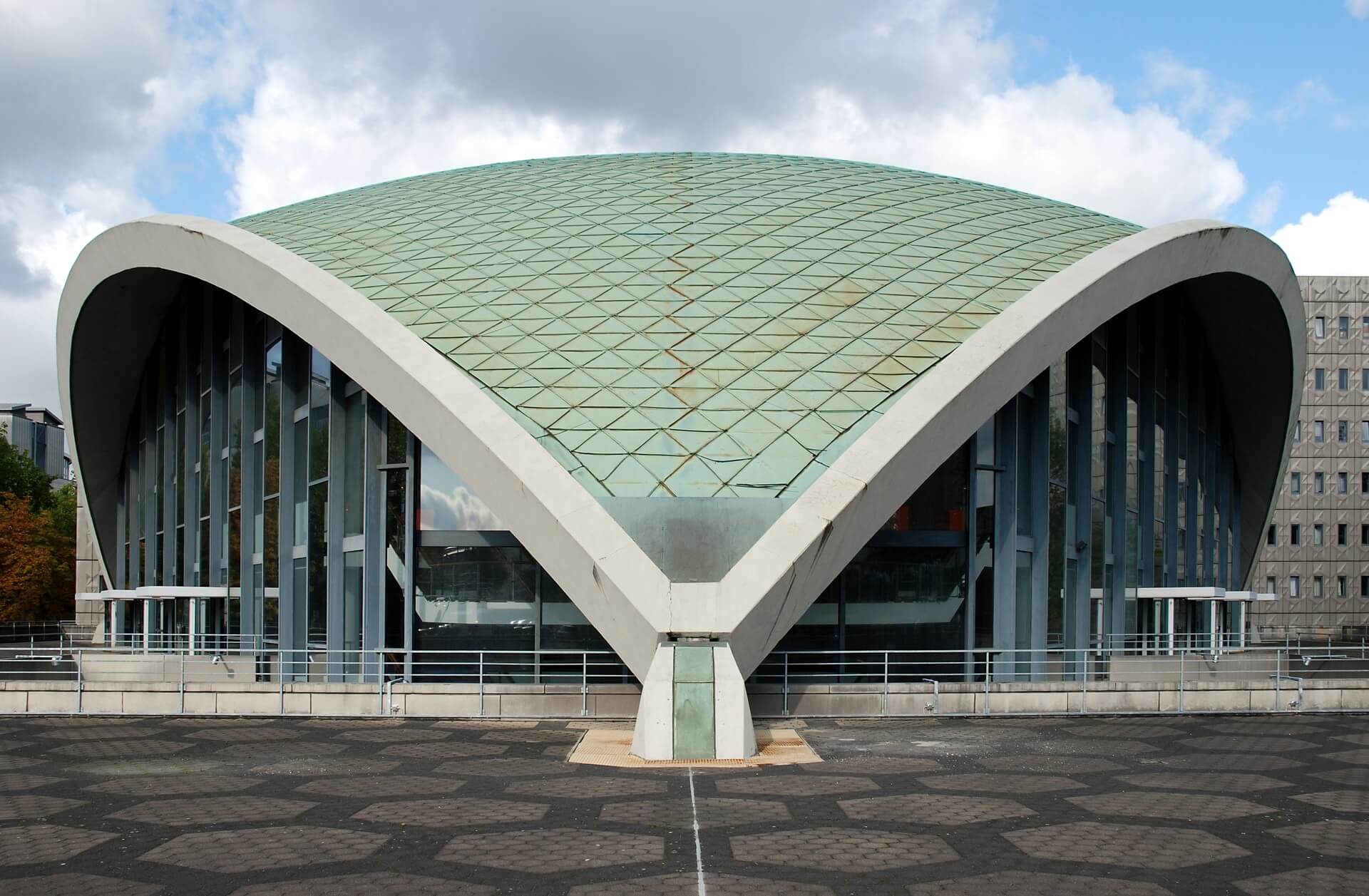 The Dortmund Opera was officially opened in 1966 and is considered one of the largest cultural institutions in Germany. The building was designed by architects Heinrich Rosskotten and Edgar Tritthart. The opera of an unusual shape consists of a main hall, a small rehearsal room, cafes and restaurants. Operas, ballets, concerts and performances requiring a large stage are staged here. 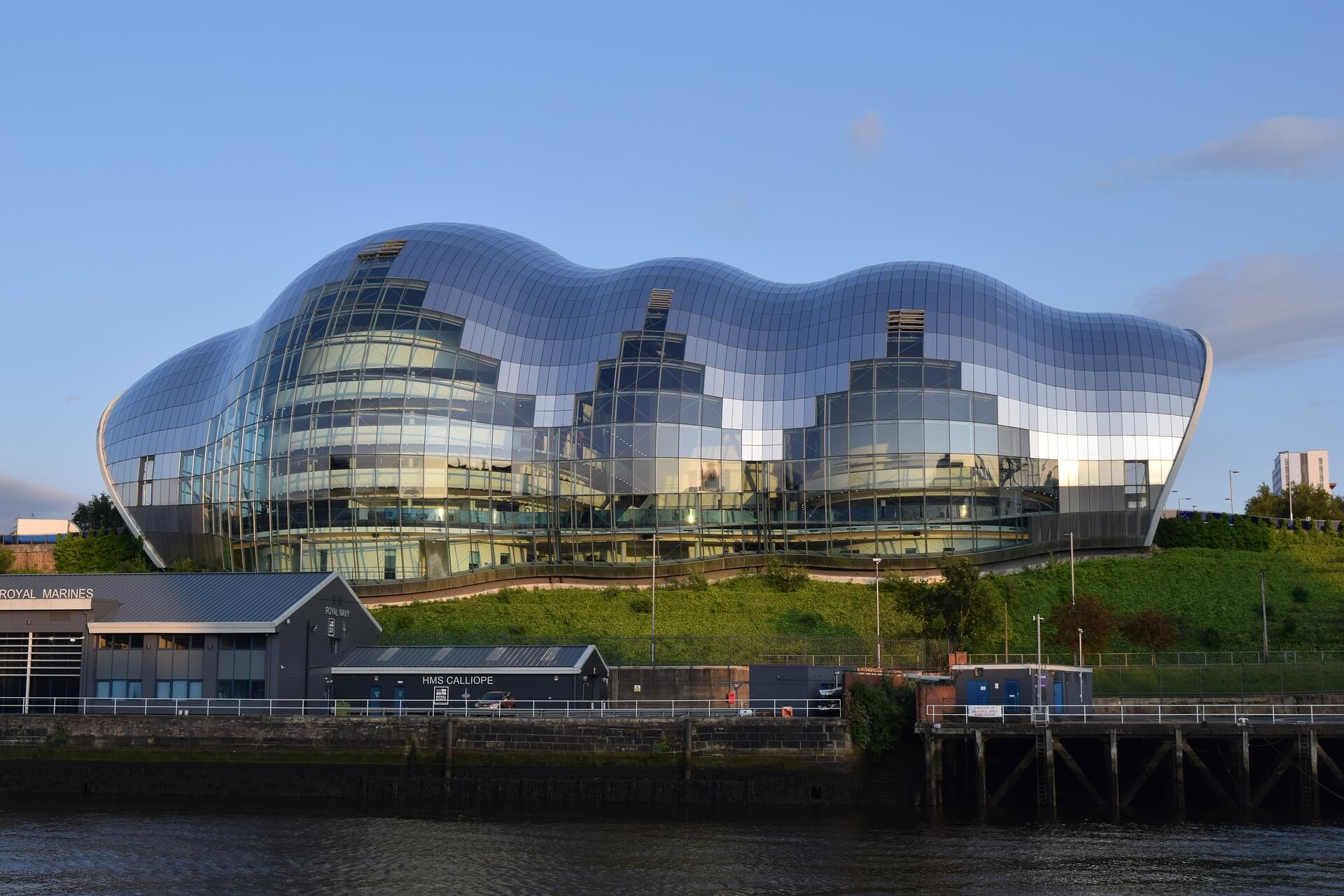 Sage Gateshead is a concert hall located in North East England. The building was built in 2004 by the legendary British architect Norman Foster. The structure of the super modern structure was created from two elements - curved glass and stainless steel. Sage Gateshead consists of three parts: a large hall (1700 seats), a small hall (400 seats). The rest of the complex is occupied by bars, cafes and a media library. 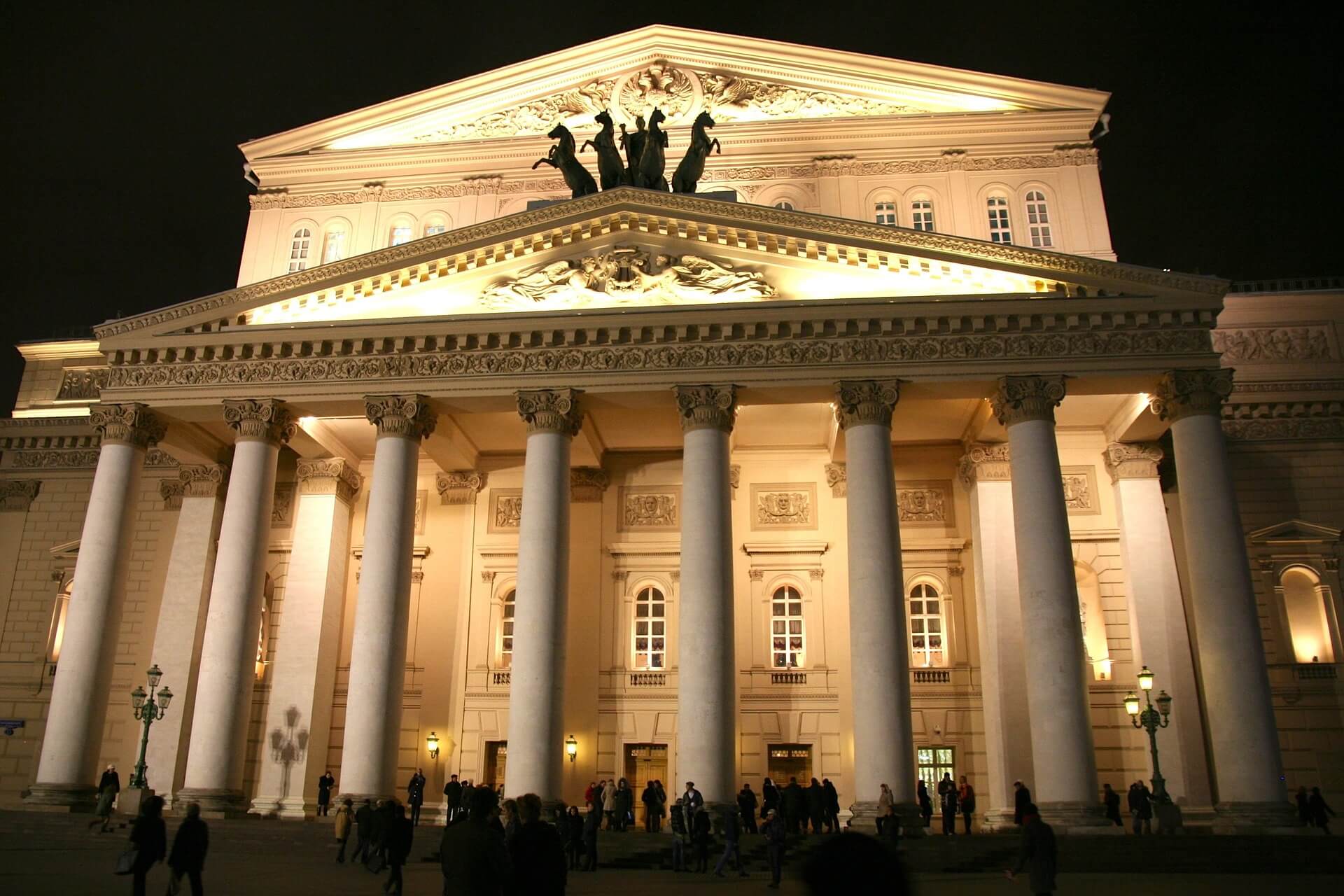 The Bolshoi Theater was built in 1825 in the Russian capital. This magnificent building was burned twice and survived seven reconstructions. In the process of designing the first building in 1821, many well-known architects took part - Beauvais, Gilardi, Michajłow and Melnikov. The theater was closed from 2005 to 2011 to carry out a number of renovation works. The Bolshoi Theater is considered one of the main tourist attractions and pride not only in Moscow, but throughout Russia.

The Metropolitan Opera in New York 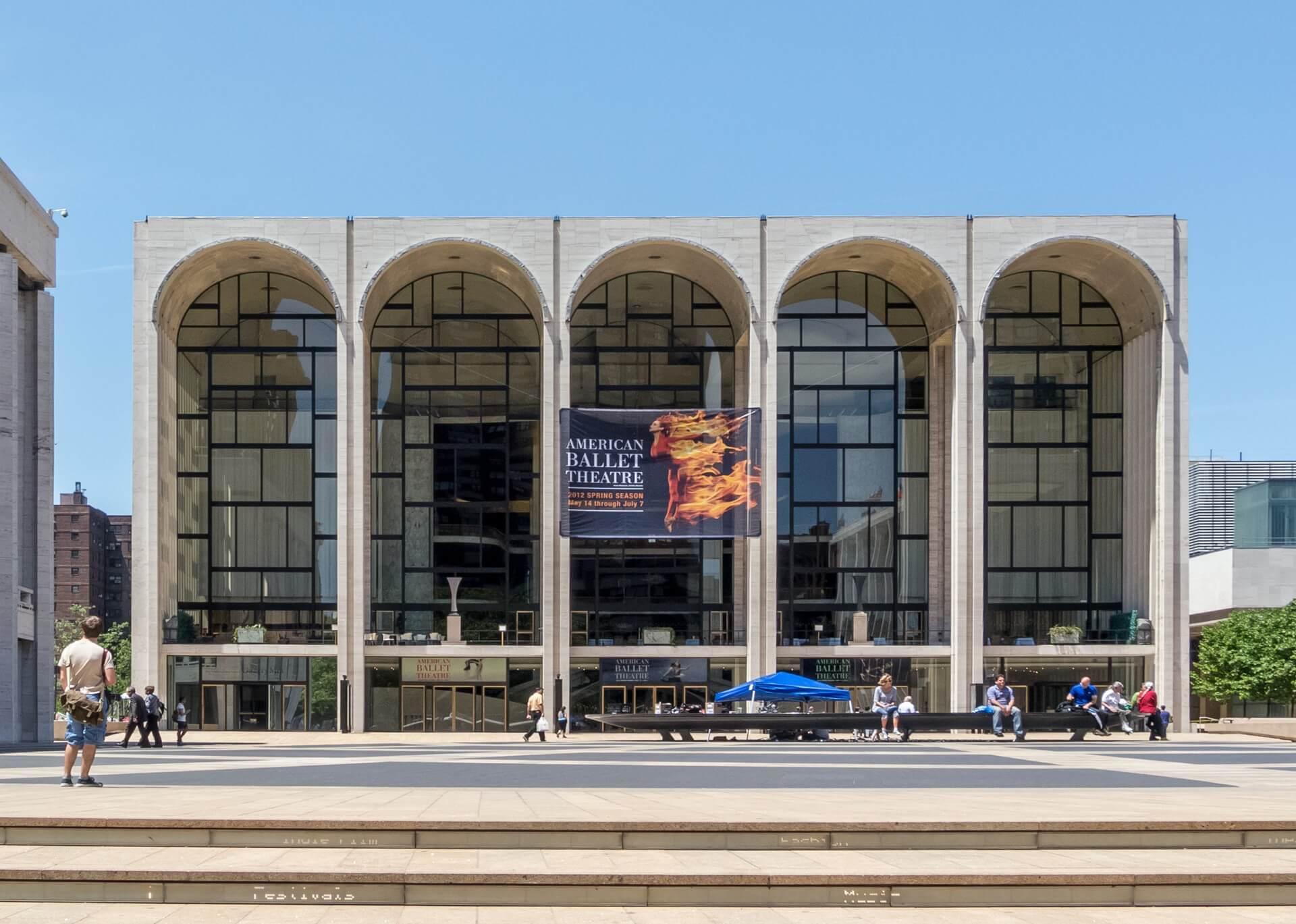 The Metropolitan Opera is one of the most prestigious theaters since 1880. The Opera House's current residence (since September 1966) is located in Manhattan. The complex houses four separate institutions: the Metropolitan Opera, New York Philharmonic, Juilliard Music School, and New York City Opera. Throughout history, only one Polish opera has been staged on the stage - Manru, Ignacy Jan Paderewski.

Harpa is a modern concert hall built in 2011. The building is the seat of the Symphony Orchestra and the Icelandic Opera. The hall design was made by a talented architect from Denmark - Olafur Eliasson. The main attraction of the structure is a wonderful facade made of glass elements shimmering with different colors. In addition to the luxuriously equipped hall in Harpa, there are cafes, galleries and a theater museum.

Opera and Ballet Theater in Baku 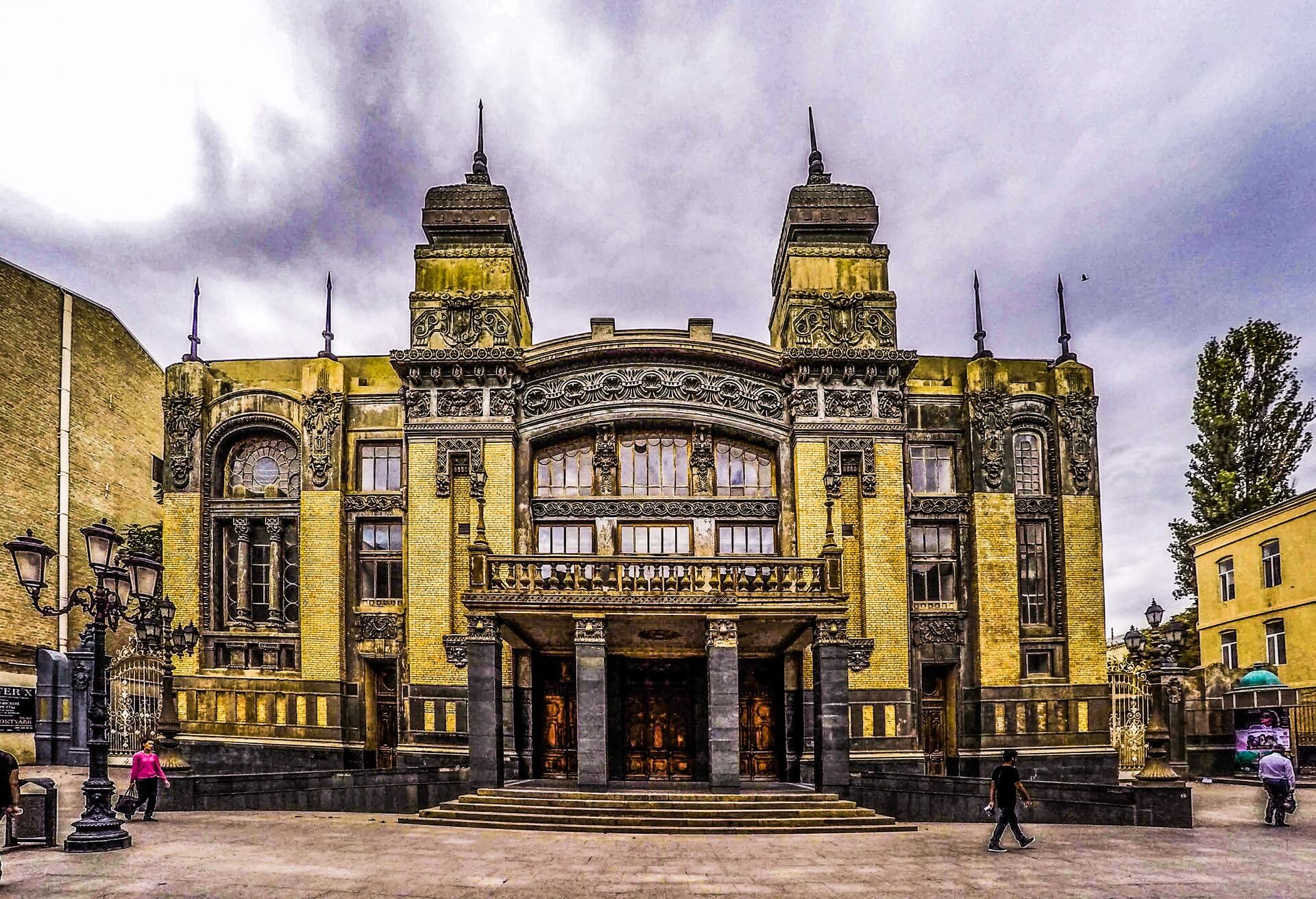 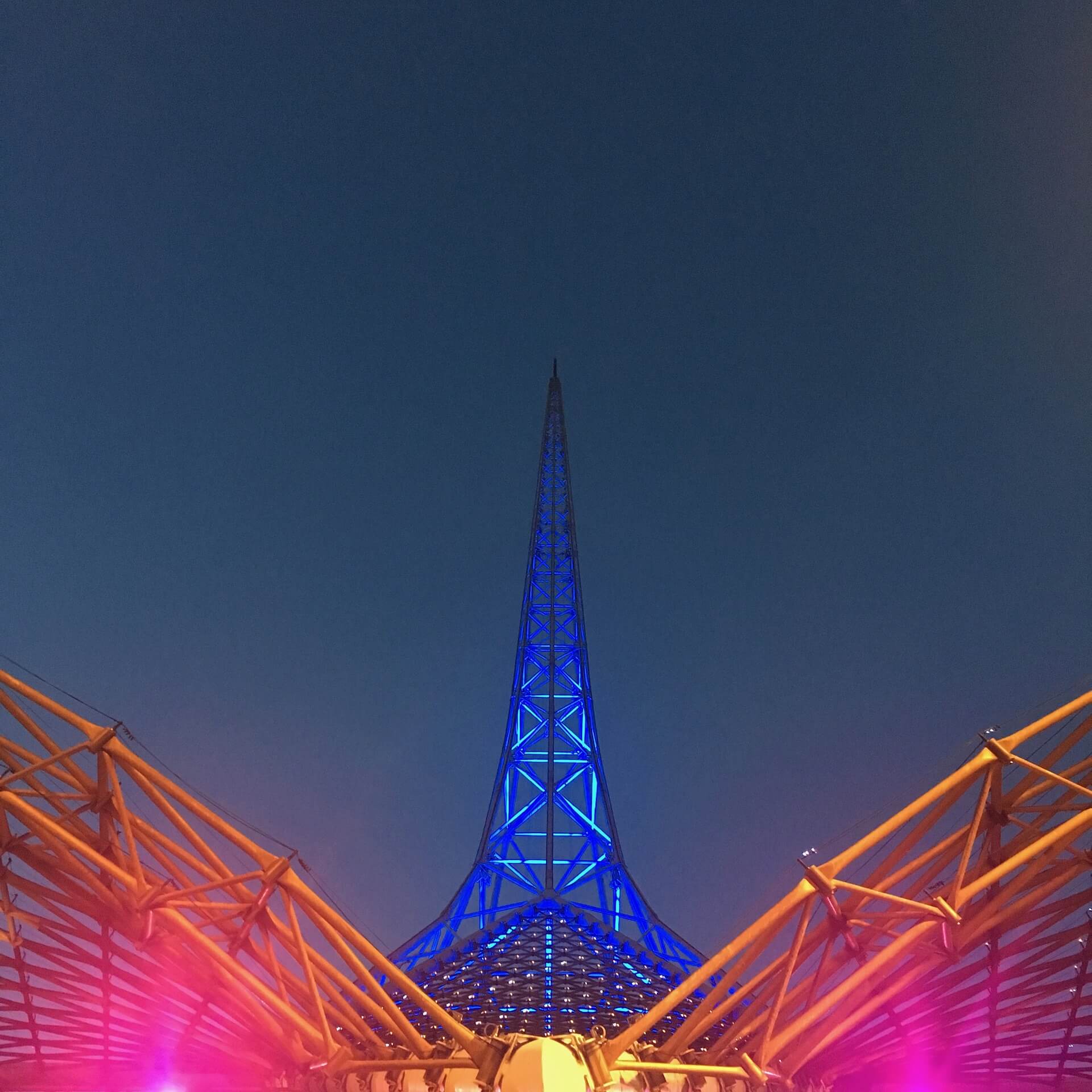 The Victorian Arts Center is an art center designed by architect Roy Grounds in 1984 in Melbourne. The cultural complex consists of theater places and concert halls. The facility has two theater halls, the main of which can seat 600 people and two concert halls for 1200 and 400 spectators. At the center of art there are also many exhibitions showing current trends in art.

The Egg in New York 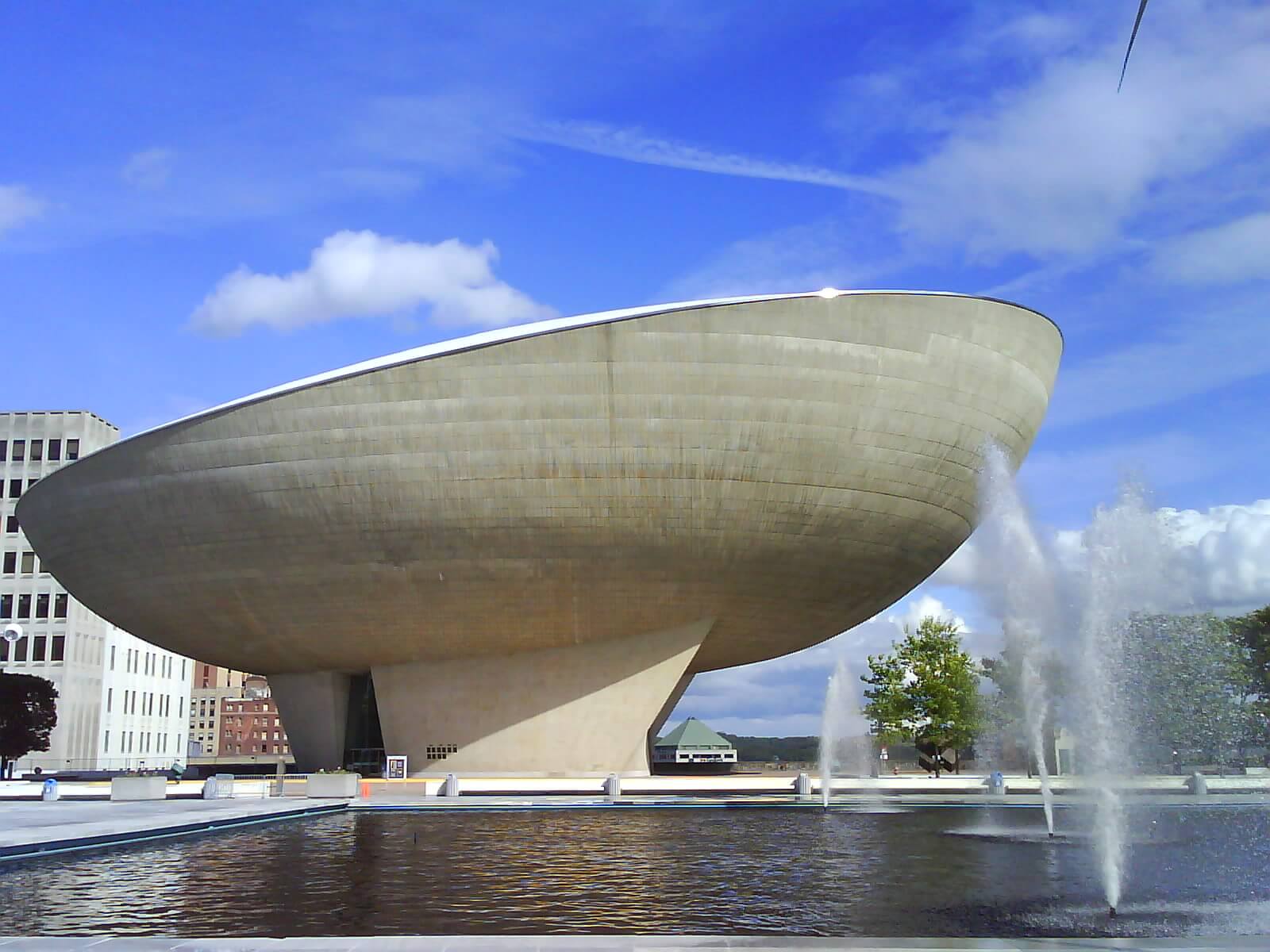 The Egg was built in 1978 in the central square of Albany Empire State Plaza, among various government agencies. The building was designed by Harrison & Abramovitz. The shape of the room made it obtain the name The Egg. The theater building houses two rooms. One room is for 450 guests and the other for 980. It has become an icon of New York due to its original shape and location. 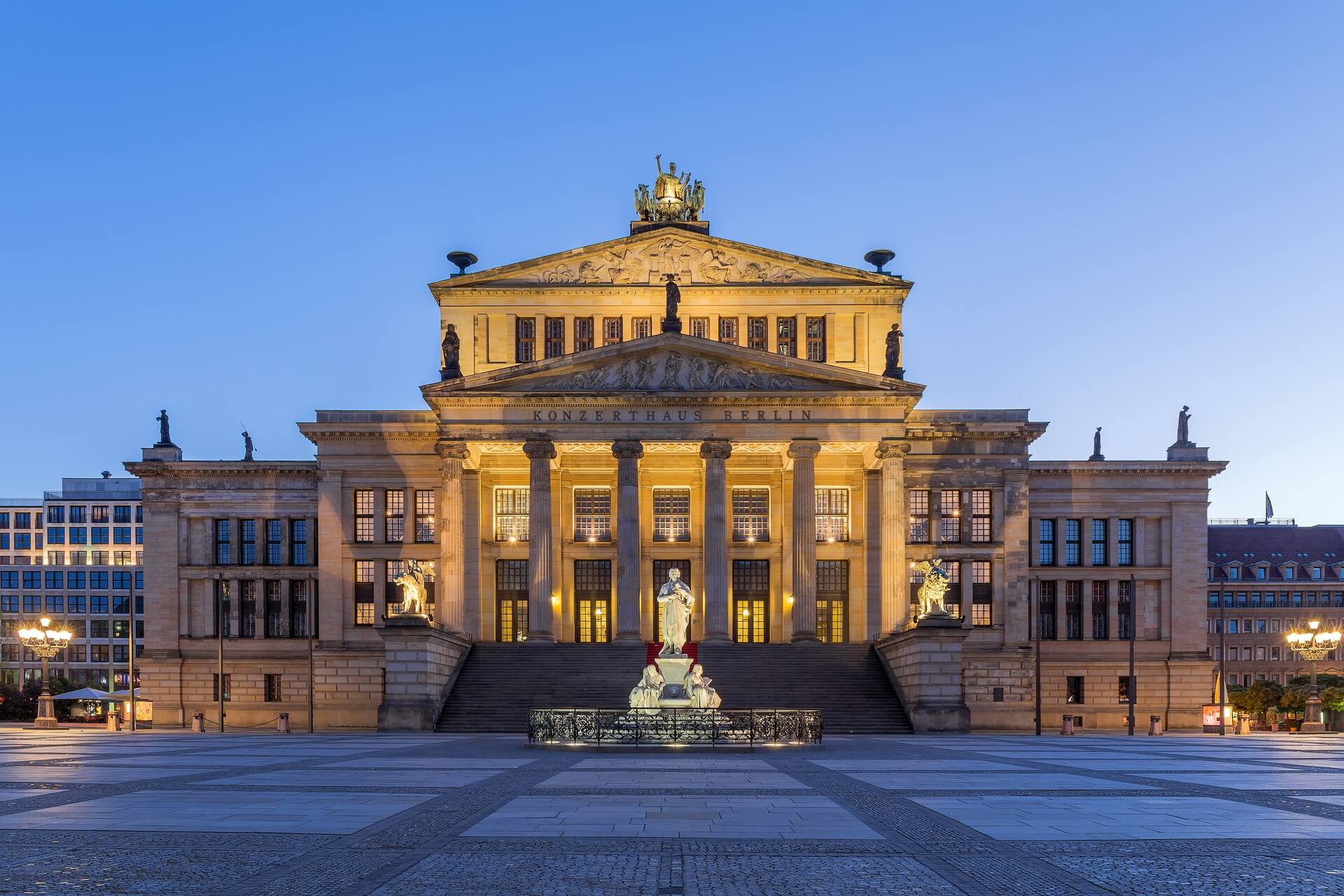 The concert hall was designed by Karl Friedrich Schinkel in the neoclassical style and built in 1821. Like the Bolshoi Theater, the Berlin concert hall had to go through many adventures - arson, threats of demolition and reconstruction. During World War II, it was destroyed and rebuilt until 1984. Acoustics in Berlin is considered one of the best in the world. 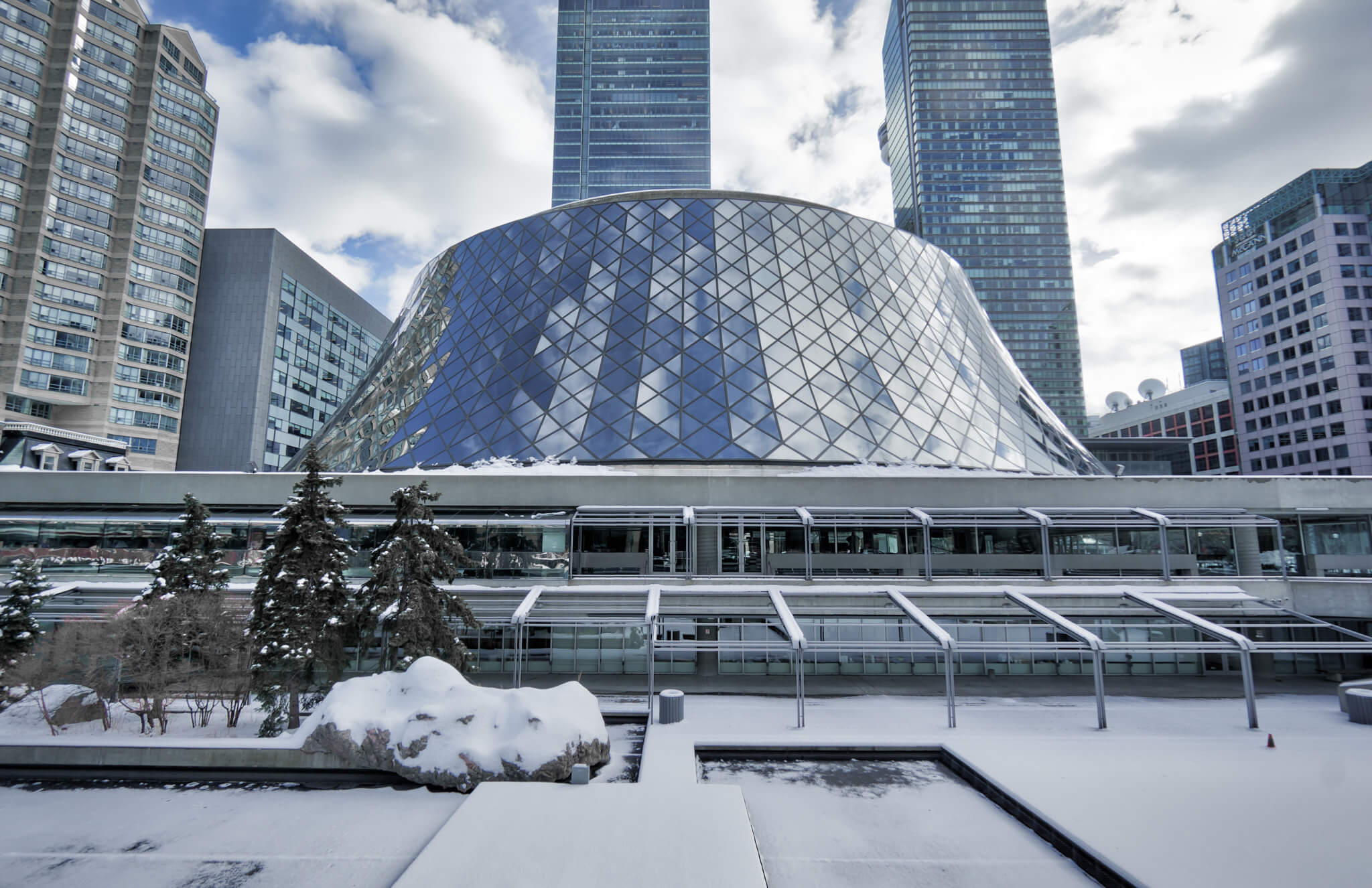 Roy Thomson Hall was built in Toronto in 1982. Before starting conservation work in 2002, the concert hall could accommodate over 2,800 viewers, followed by 2,630. The building is one of the main places used by the Toronto International Film Festival. The concert hall was used in the scenes of the film X-Men. 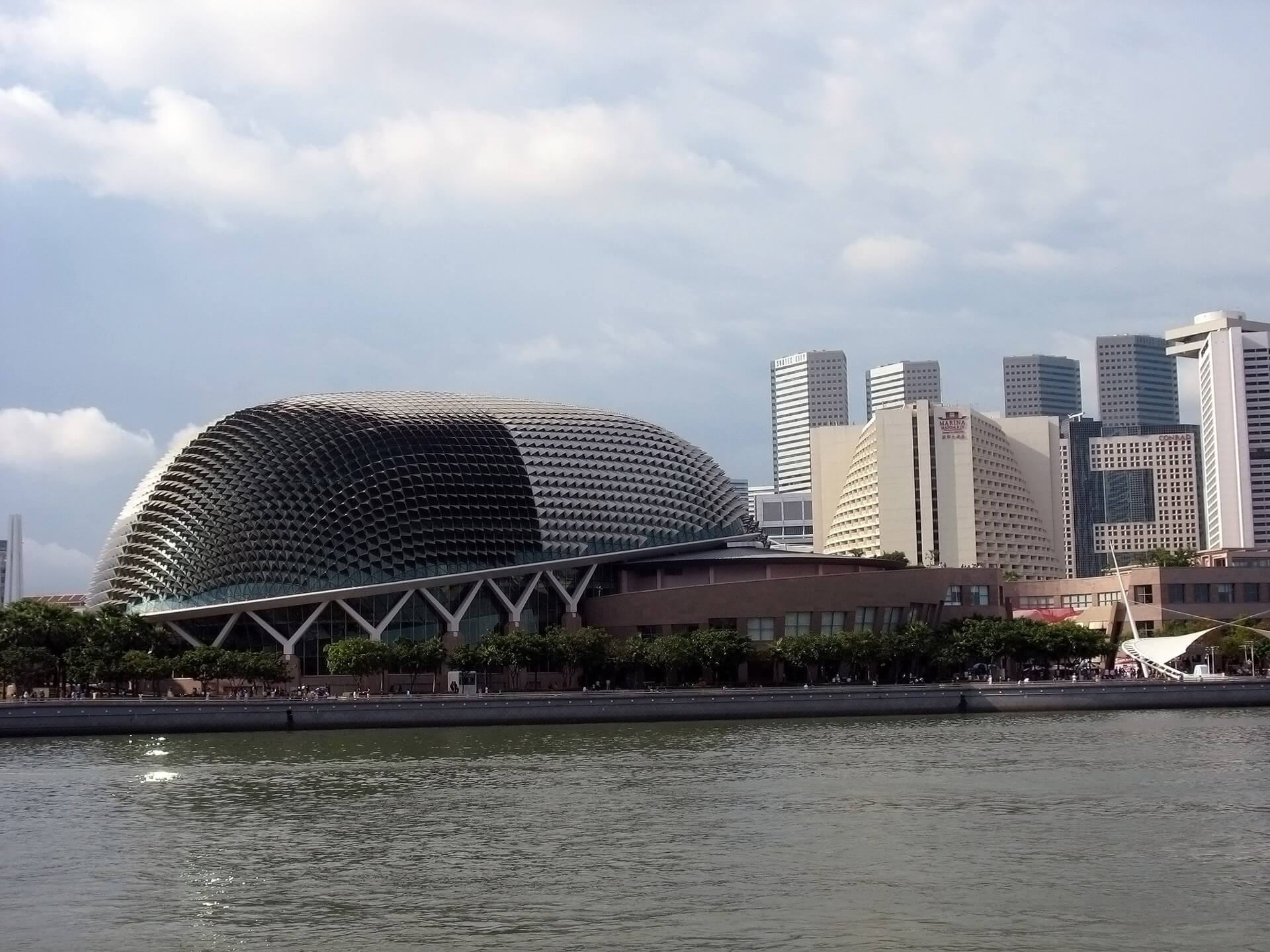 Esplanade was built in Singapore in 2003 and became one of its symbols. It is a complex of two semi-circular rooms with a capacity of 1600 and 2000 spectators. In addition to their basic function, the theater group often serves as a place for talks, exhibitions and conferences. Interestingly, the theater and concert hall have a common hall in which the entrance to the shopping center is located. 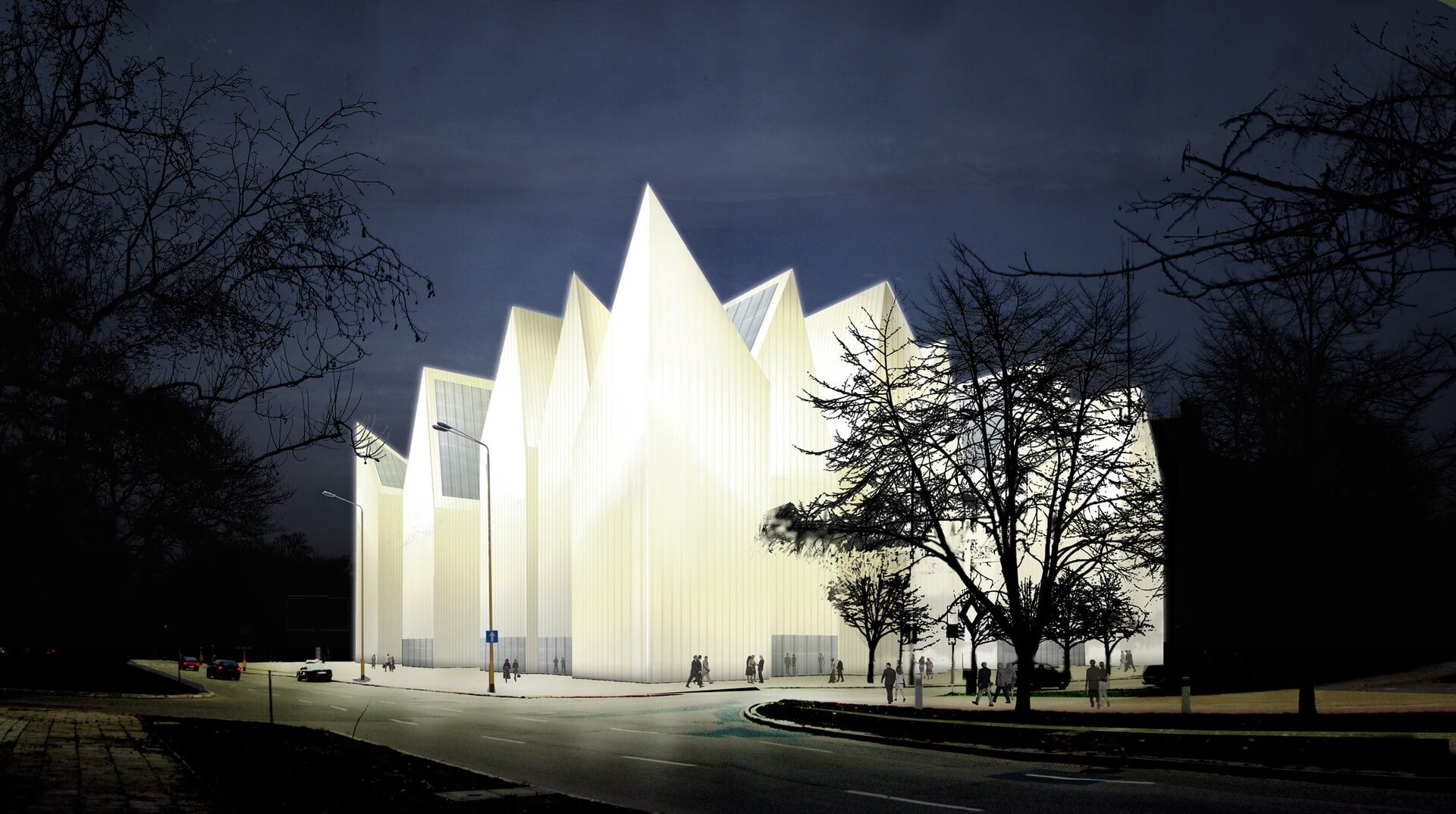 The Szczecin Philharmonic is an extremely original and beautiful object. The building received the main architectural prize in Europe in 2014 - the Mies van der Rohe prize. The first thing to look out for is the distinctive shape of the roof and facade highlighted from the inside. The equipment has been prepared so that not only concerts take place here, but also exhibitions and presentations. The interior of the concert hall is decorated in golden colors, and the other spaces are white.

Reviews about 25 amazing concert halls in the world Add comment