Ludwig Mies van der Rohe was one of the most important architects and architectural theorists of the 20th century. His works were an inspiration for the modernist movement.

The architect was born in 1886 in Germany as Ludwig Mies, but after his father's death he took his surname - van der Rohe.

He studied architecture in Berlin, where he met architects such as Walter Gropius and Le Corbusier, who influenced his professional development.

Mies van der Rohe was the creator of the so-called "modern minimal architecture", which was based on simple principles, i.e. transparency and functionality.

His buildings were characterized by simple, geometric forms, lack of ornaments and large glazing, which allowed the access of light from the outside. Mies van der Rohe claimed that architecture should be "flat", without frills and decorations, and its form should result from the function of the building.

Mies van der Rohe was also a professor of architecture and director of the Bauhaus Institute in Dessau. His theories on modern architecture and design are still considered crucial to the development of these fields to this day. His famous saying "less is more" is considered one of the main slogans of modernism.

One of the most important works of Mies van der Rohe is the Seagram Building in New York, erected in 1958. This tall glass skyscraper is considered an icon of modern architecture and industry.

Other important buildings by Mies van der Rohe include the Royal Museum of Art in Düsseldorf, the House of Tugendhat in Brno and the headquarters of the US Embassy in Berlin.

Among other works, the Willenbrink House (1928-1929) can be distinguished - it is a single-family house built for the Willenbrink family in Krefeld, Germany. This is the first building where Mies applied his "less is more" philosophy. The house is simple but elegant, and the transparent walls and large windows make it very bright and airy.

Villa Tugendhat (1930-1931) - is a residence built for the Tugendhat family in Brno, Czech Republic. This is one of the most important Mies buildings and one of the most important modernist buildings in the world. The villa is simple and elegant, with large windows and transparent walls that make it very bright and airy. Inside, there are also beautiful design elements such as marble floors, leather seats and glass walls.

Ludwig Mies van der Rohe died in 1969, but his works and ideas are still appreciated all over the world. 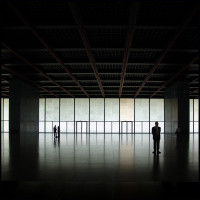 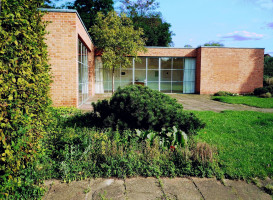 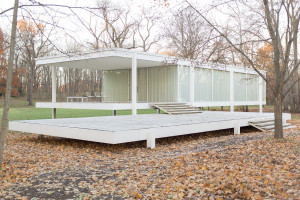