Arata Isozaki is one of Japan's most important and well-known architects. He was born in 1931 in Omita, Japan. His father was a doctor and his mother a pianist.

Isozaki studied architecture at Kōbe University, where he graduated in 1954.

After graduating, Isozaki worked as an assistant to Kenzō Tange, one of Japan's most important architects in the country's history. Working with Tange helped Isozaki gain valuable experience and develop his design skills.

In 1964, Isozaki established his own design office, Arata Isozaki & Associates, which over time was expanded to other countries such as the United States, and the continents of Europe and Asia.

Isozaki is renowned for his original and original designs, which often draw on the traditions and culture of a particular region. His buildings are distinctive for their form and shape, as well as for their use of modern technology and materials. In his designs, Isozaki very often pays attention to the needs of the building users and carefully tailors solutions to their needs.

One of Isozaki's first major projects was the construction of a conference centre in the city of Ōita, Japan. This building, called the Ōita Prefectural Art Theater, was completed in 1970 and became one of the first examples of modern architecture in Japan.

His most famous work is arguably the Guggenheim Museum in Bilbao - it is one of the most recognisable buildings in the world and its extraordinary architecture attracts tourists from all over the world. The museum was built in 1997 and was conceived with the idea that it would be a place for contemporary art. Isozaki created the building's highly original form, which resembles the rolling lines of the sea. The museum has been recognised as one of the most important architectural achievements of the 20th century.

The architect's other signature building is the Kitakyushu Conference and Convention Centre - this is one of the largest buildings in Japan and was built in 1993. This building is very modern and was designed with conferences and congresses in mind. Isozaki designed it in a way that draws on the traditions of Japanese architecture, but is also modern and innovative.

The architect died on 28 December 2022. In Poland, we can admire his work in Krakow, where he created the well-known design for the "Manggha" Museum of Japanese Art and Technology. 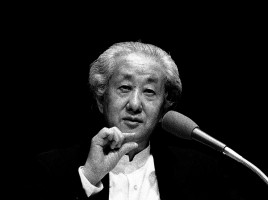 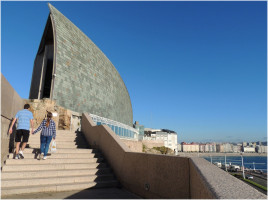 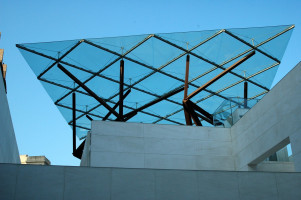 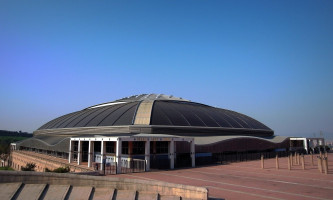 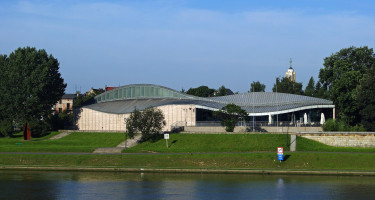 #0
Share your impressions... write something about the architect...
Arata Isozaki